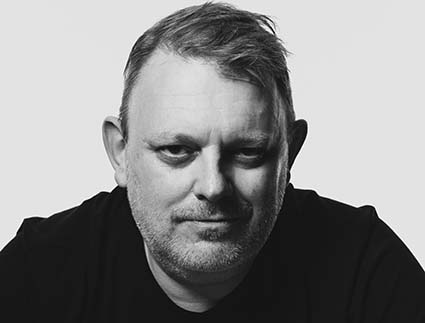 After being told he can ‘write his own narrative’ after his shock departure from M&C Saatchi, Andy Flemming has once more been offered the chance to write an amusing PR release after being informed he can ‘choose his own title’ by 72andSunny.

After explaining that there used to be a Creative Director and then ‘everyone else’, the award-winning writer received a number of submissions from the Reddit community. With most too offensive to publish, Flemming finally settled on ‘‘Oberleutnant Wordy McWordSpurt’ as it would look funny in credits.

Flemming has worked with 72andSunny for almost a year, working on a variety of pitches and producing work such as the ilume stop-motion film ‘Stay’ and the Google AFL campaign.

Traditionally titled Executive Creative Director Luke Martin said: “Luke, this is your quote. Can you write something great here? You know, big me up a bit. Lie if you have to. Andy.”

After being urged to ‘try and reign this in’ by the head of PR, Flemming said: “The 72 crew is full of ridiculous talent from world class places such as BBH London, Apple, Facebook, Wieden & Kennedy and Droga5, New York. And the standard of the work reflects this. Everyone just gets on, there’s no politics and the work is the singular focus. And the chance to get to work again with the incomparable Gen Hoey was too good to pass up. Oh, and I don’t think anyone’s got a crazy American title.”

President, Ross Berthinussen, said: “Hi. Thanks for your email. I’m on paternity leave in the UK until August 22. I’ll be trying to stay off email, if you need me urgently I can be contacted on my mobile.”

Flemming has been one of the most influential writers in the industry, with work such as ‘Can Kids’ for CommBank, ‘Ricky Gervais’ and ‘Idris Elba’ for Optus and ‘MateSong’ for Tourism Australia. Alongside the legendary Tom McFarlane, he helped build the CommBank ‘CAN’ brand from scratch and has won countless awards in Cannes, D&AD and all those other little ones.

Flemming has also shared his judging exploits, complete inability to stand and the Metaverse killing of David Droga in his long running ‘Cannes Diaries’ for Campaign Brief that have been read by hundreds of thousands of people worldwide. In his spare time, he lectures film at UTS and his techno thriller starring a giant chicken is about two chapters in.