Google has unveiled the latest chapter of its broader campaign work via 72andSunny, celebrating helpfulness – and how Australians can help others thrive with a little help from products like Search and Maps.

Building on last year’s Helping you help others work, the campaign is composed of three pillars: a linear/connected TV and cinema campaign, publisher partnership and online (YouTube and social) background story film. All anchored in the theme of mentorship — a universally relevant, relatable and inspiring theme for Australians.

The first pillar features a new spot titled ‘Rise’ from 72andSunny and tells the story of a mentor who helps rising musical talent Mikayla Mununggurr seize her moment, with a little help from Google. The film is a collaboration with director Stefan Hunt and Danzal Baker, and is inspired by the real actions of Danzal Baker (aka Baker Boy) — a Yolngu man and Australia’s first Yolngu Matha rapper, who has been praised for his efforts to mentor and empower rising talent from his community. In 2019 Baker Boy was named Young Australian of the Year and received the Order of Australia Medal (OAM).

The film brings to light the issue of ‘shame job’, something Danzal has personal experience with, and has had to overcome to get to where he is today. In remote Indigenous communities  ‘shame job’ is a real issue amongst youth and refers to perceived barriers that stop someone from going after their dreams. Knowing the challenges of ‘shame job’ was one of the drivers for Danzal’s passion and interest in the project. 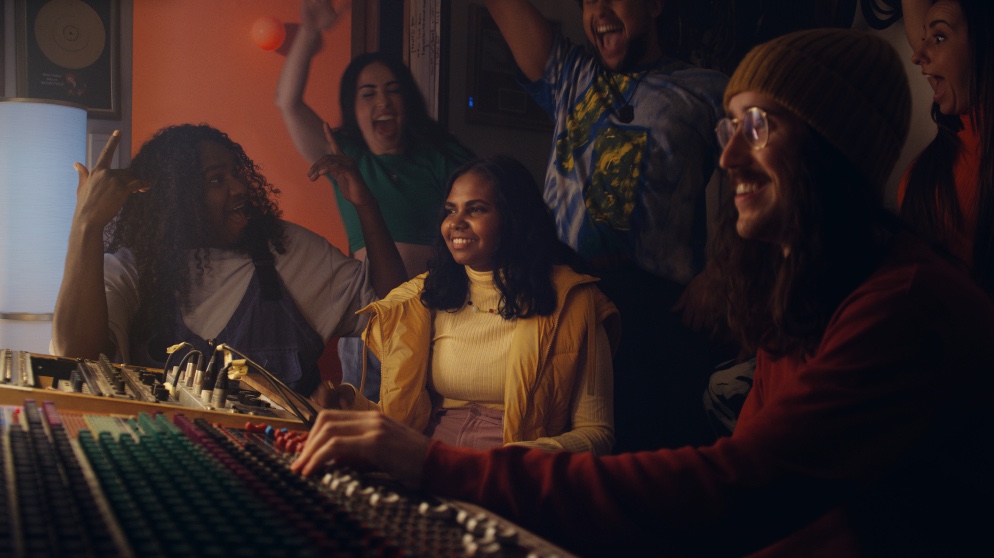 Says Danzal: “Shame is real in community, we have so many other barriers that disproportionately disadvantage kids in remote communities, it breaks my heart to see them being held back by feelings of shame on top of that. I know what those feelings are like. Collaborating with Google and being able to depict this story in Yolngu Matha is powerful, it allows me to share this message directly to kids in Arnhem Land while also educating the wider Australian community on all Indigenous cultures and first languages.”

The second campaign pillar, launching in August, aims to show a broader range of these positive mentor/mentee stories through a partnership with CampfireX, an Indigenous Australian-led creative consultancy, and The Guardian. With the aim of further showcasing the transformative, positive change that can be created when people decide to go out of their way to support and mentor others — which can empower them to rise up and find a voice.

The Guardian integration will focus on telling underrepresented stories of female Indigenous leaders – celebrating both their individual successes and journeys, but also the mentors who have helped them to achieve their goals.

Says Peter Kirk from CampfireX: “It’s of paramount importance that Indigenous people are included, valued for their knowledge & input, and invited to take the lead when developing campaigns regarding Indigenous stories, creativity, culture & history. Throughout our partnership with Google and The Guardian  we have felt included, trusted, and valued at every part of the process. We feel our stories are being recognised and most importantly that we finally have a seat at the table. It’s been a wonderful experience.”

The third campaign pillar is a background story film, ‘Rise to Your Dream’. Directed by Indigenous filmmaker Cornel Ozies, the film is a deeper dive into the impact of ‘shame job’ in communities. It features Danzal and other inspiring individuals – Teela Reid, solicitor and Indigenous activist, Dr. Michael Mossman Lecturer in Architecture from Sydney University, and Ray Ingrey Chairman of the Gujaga Foundation – sharing their stories of overcoming ‘shame job’ to reach their goals.

Says Luke Martin, executive creative director of 72andSunny: “Baker Boy is such an inspiring Yolngu musical talent. We’re delighted to represent his mentoring mission more widely in two positive stories. Thanks to his creative input, this project has been a real demonstration of how Google can help you help others.”

Throughout the process of making this campaign, a critical focus was ensuring Indigenous voices were represented and there was inclusion of Indigenous talent at every stage.

Says Zoe Hayes, head of marketing, consumer apps and platforms, Google Australia: “We’re incredibly grateful to all our partners on this project that have come together to celebrate those that take the time to support their community, the magic that can come from that, and how Google can help along the way. A heartfelt thank you to CampfireX, Danzal Baker, and Cornel Ozies for their partnership and guidance in telling these stories.”

More information about Google’s commitment to diversity, equity and inclusion

Diversity, equity and inclusion (DEI) has been written into Google’s mission from the start. ‘Universal access to information’ means the products we build need to be for everyone. In Australia, this includes building a vision of empowerment and equitable opportunity for all Indigenous Australians and committing to reconciliation through Google’s technology, platforms and people.

Says Aisling Finch, senior director of marketing for Google Australia: “As Google marketing, we’re focused on DEI across three pillars; in our team, with our creative & media partners, and in our work. This includes working to improve diversity in hiring, ensuring education and belonging in our teams, training for partners, and the creative process. Our creative work should champion diverse stories, as well as be developed and produced by diverse teams and suppliers. A critical focus within this work is to elevate Indigenous voices and cultures through our platforms and we have a history of investing in programs that deliver on this mission. One initiative we’ve launched in pursuit of this mission is Woolaroo, a machine learning effort to preserve 10 endangered languages, including Yugambeh.”