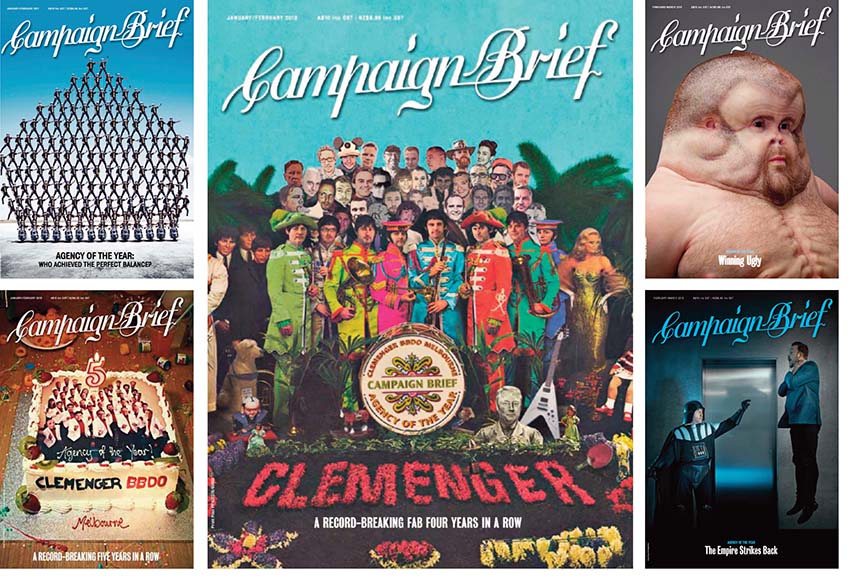 Says Clemenger BBDO Melbourne creative chairman James McGrath: “As the only truly Creatively focussed platform in the country, CB AOTD is such a humbling and wonderful accolade.

“It’s Campaign Brief’s continuity and rigorous creative representation over the decade and beyond that makes a title like this so extraordinary.”

McGrath (below left) credits the agency’s clients who believe creativity is always the answer: “At its core we have been the beneficiary of challenging, culturally significant and hairy, real-world problems from some really great clients.

“We are aware of living up to (trying to at least)  the successive, inter-generational value that Creativity brings to hearts and minds. Clemenger has always understood the wrestle of creating different. Invariably solving another problem, to the one we have been given.”

Says Keogh (below right): “Of course I can only speak for the first seven years of the decade in question but Clemenger was always a place that took the work incredibly seriously, from account service to planning to production, even the front of house people are invested in making the work better.

“In terms of the creative department the constant is obviously James McGrath, who’s creativity, work ethic and superb visual and conceptual taste infuses the whole agency. He’s a quiet leader who almost telepathically draws results out of people. I’d notice sometimes, when a tricky brief was stumping the agency, he’d often sit in with the struggling team (sometimes I was the ‘struggling team’), then the moment the room cracked the idea, a solution in the air, he would wander off and let them enjoy it.

“With every creative agency its crucial there is talent way beyond the creative dept. In the early part of that decade CEO, Peter Biggs made a huge impression on Clemenger with his characteristic warmth, people skills and hugely entertaining eccentricities. Other long time characters who in no small way contributed to getting the best work through were, to name only a few, Paul McMillan, Paul Rees-Jones, Sam Mackisack, Michael Derepas, Simon Lamplough, Lee Simpson and great producers like Sonia Von Bibra, Sevda Como, Karolina Bozaikovska, Ben Kidney and Jason Burne.

“Given its Christmas time, I’m remembering each year creatives, Jimmy Carter and Mark Poulier, building an inventive, large-scale Christmas tree, sometimes made out of books or maybe coffee cups, sometimes three stories high, each year more ambitious than the last.”

Former CEO Nick Garrett, who transferred to Clemenger BBDO Melbourne from Colenso BBDO Auckland in 2015, made a big contribution to both agencies’ success (Colenso BBDO has been named CB New Zealand Agency of the Decade): “I have made life-long friends while working across Colenso and Clemenger BBDO and I am deeply proud of the work we have made together,” said Garrett when he departed the network in August 2019. 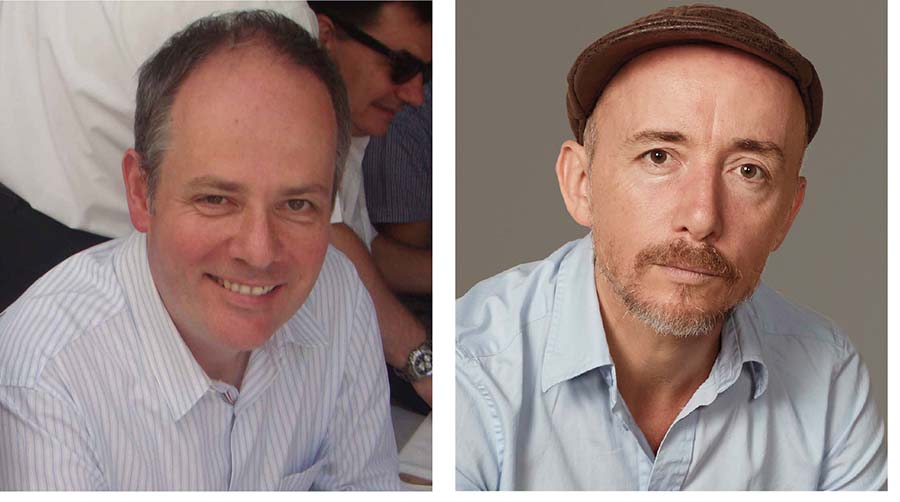 Bupa ‘Find a healthier you’

Airbnb ‘Until we all belong’