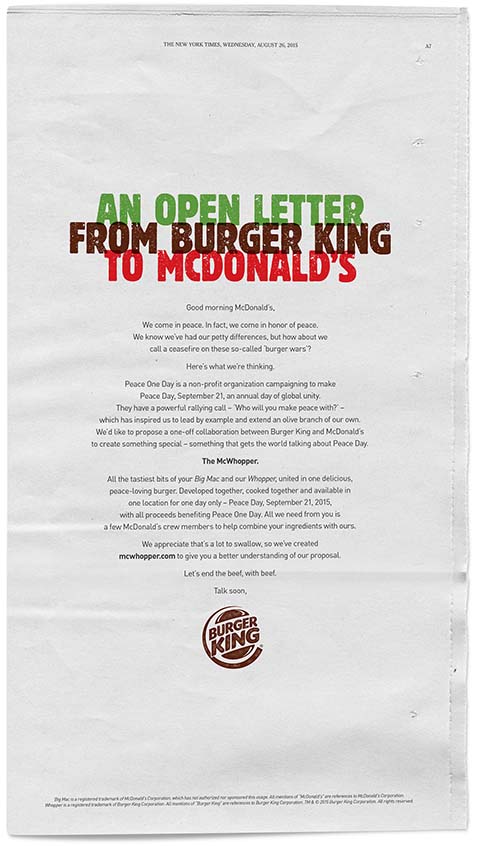 You know the campaign, but you might not be aware of its kiwi roots. CB talks to Y&R New Zealand creative director Tom Paine about the buzzword tipped to be engraved on every gong from Cannes to the Effies.

How did the idea come about?

In mid-2011, D&AD launched the White Pencil via an open brief for Peace One Day. The deadline came and went but one idea remained bottom drawer / top of mind: to encourage rival corporations to join forces and collaborate on a product on Peace Day. In October 2011 I joined Y&R, not long after CCO Josh Moore. Josh was resolute in turning the agency’s creative product around and we had a foot in the door with Burger King – a Y&R Media client.

What took so long for the idea to come to fruition?

Dead ends. Year after year we put forward markedly different (and in hindsight inferior) strategies to make the idea happen. I can’t go into detail, but they were time-consuming with no result, each time obliging us to wait for the following Peace Day.

How did you approach the global Burger King client in Miami?

We registered mcwhopper.com then spent months crafting a password-protected ‘sell site’, which housed a 3-minute film detailing the strategy, the idea, and the roll out. We hit send then tracked its journey on Google Analytics. The refresh button got a workout. 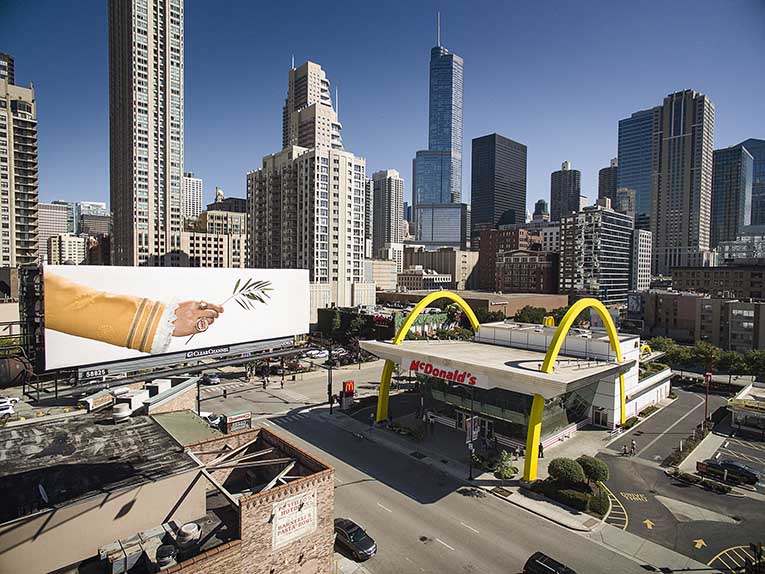 What was the client’s initial reaction?

Our New Zealand Burger King client was extremely supportive and provided us with an email address for Fernando Machado, Senior Vice President of Burger King Global Brand Management. A quick web stalk revealed that he was responsible for the hugely successful Dove ‘Beauty Sketches’ and more recently the Burger King ‘Proud Whopper’. His response: “I don’t swear often but I fucking love the idea”.

How did you get a global brand like Burger King to take such a risk?

Three words: persistence, diligence, Fernando. The first two are self-explanatory. The third refers to one of the most affable and creatively motivated clients you’re ever likely to meet. It was no small task mitigating concerns from every echelon of Burger King Corporation, especially in the most litigious country on earth. Fernando helped engineer the project so that all involved would appreciate how much the reward outweighed the risk.

When did Peace One Day come on board?

We contacted them early on and they instantly shared our enthusiasm. We’ve since had an extremely open and collaborative partnership and needless to say they’re thrilled with the massive spike in awareness. They’re closer to achieving their goal of institutionalising Peace Day as a globally recognised calendar event – a hugely significant ambition. 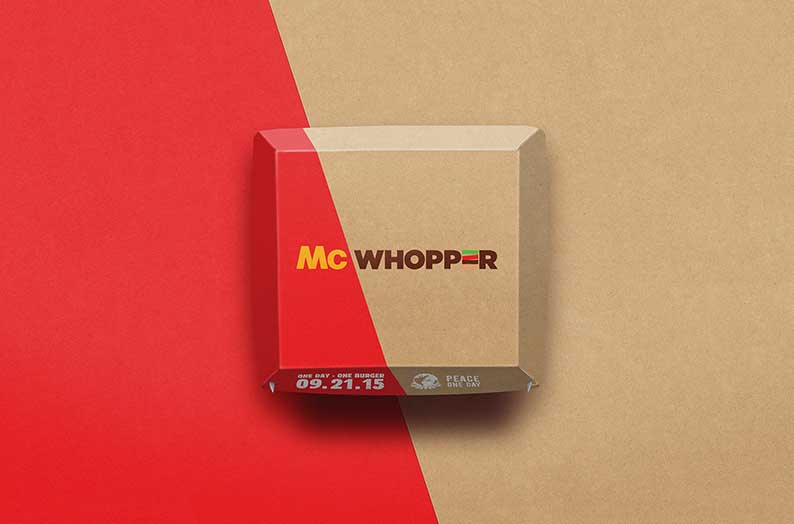 Did you consider other competing brands like Coke and Pepsi?

At the start of the process we hedged our bets and contrived every possible corporate mash-up, from FMCG brands to tech-giants ‘Yahoogle’, however McWhopper always sat top of the list. It ticks every box: a well-documented rivalry, a relevant catchphrase in the ‘Burger Wars’, a product with a one-day shelf life, and a memorable hybrid name. It would be great to see other brands adopt the platform in years to come – can of Copsi anyone?

AdWeek called the campaign a ‘masterful PR move’. How did you manage to keep this secret from McDonald’s?

In hindsight, even if McD’s had caught wind of it, I’m not sure they would have believed it to be true. Regardless, our paranoia reached fear and loathing status, so insiders were kept to a minimum. Just a handful of people inside the agency were privy to the campaign; the majority of staff learned about it the same way as the rest of the world.

The response from the McDonald’s CEO was perceived as somewhat lackluster by mainstream and social media. Were you surprised by that?

Josh, Jono (our Head of Planning) and I were having breakfast in New York when their response went live. We all read it and thought ‘Okay, it’s a bit vague, but sounds like we’ll be doing something.’ Perhaps we were still jet-lagged because the media interpreted it as an out-and-out ‘no’ and the ensuing social media backlash against McD’s wasn’t pretty. We, on the other hand, were completely respectful of their decision. Besides, we had a plan in place for every conceivable turn of events and lackluster or not, their response simply whipped a horse that had already bolted.

He concluded with ‘P.S. A simple phone call will do next time.’ Was that approach ever considered?

It would have been the perfect approach had we intended to raise awareness of Peace Day amongst a target market of one.

The ‘DIY McWhopper’ has subsequently become something of a social media phenomenon. Was this part of the strategy?

Mash-ups are cool apparently, so we were almost certain DIY McWhoppers would become a thing, whether McDonald’s were on board or not. We produced a step-by-step ‘burger build’ film for mcwhopper.com, to inspire the public to build the burger themselves and generate further content. Sure enough, countless McWhoppers have been created, reviewed, and shared on social and mainstream media. McDonald’s said no, but the Internet said yes.

Meanwhile the official burger evolved into a product significantly more epic than the initial proposal. Tell us about the Peace Day Burger.

We received unprompted counter-proposals from four other competitors, large and small. Wayback Burgers, Krystal, and Brazilian eatery Giraffas all took to social media to raise their hands for the project, and Denny’s took out a full-page ad in USA Today and produced an online film. Naturally Burger King embraced them all, and together the five restaurants collaborated to create the ‘Peace Day Burger’, a hybrid burger containing a key ingredient from each restaurant’s signature sandwich, served at a pop-up on Peace Day, 21st September. And McDonald’s eventually came to the Peace Day party. Supported by Burger King, Facebook, Google, MasterCard, and several other large corporations, they created a 30-second animated spot in aid of the U.N World Food Programme that aired in 38 countries for one day only – Peace Day, 21st September.

Case study voice: “To quote Vice Magazine, the campaign ‘blew up social media’, trending worldwide on Facebook and Twitter. It featured on nearly every major media channel, achieving over 7.6 billion impressions, more than USD$144 million in earned media, and a substantial 40% increase in Peace Day awareness. The results were overwhelming etc.”

Have you put together your own DIY McWhopper?