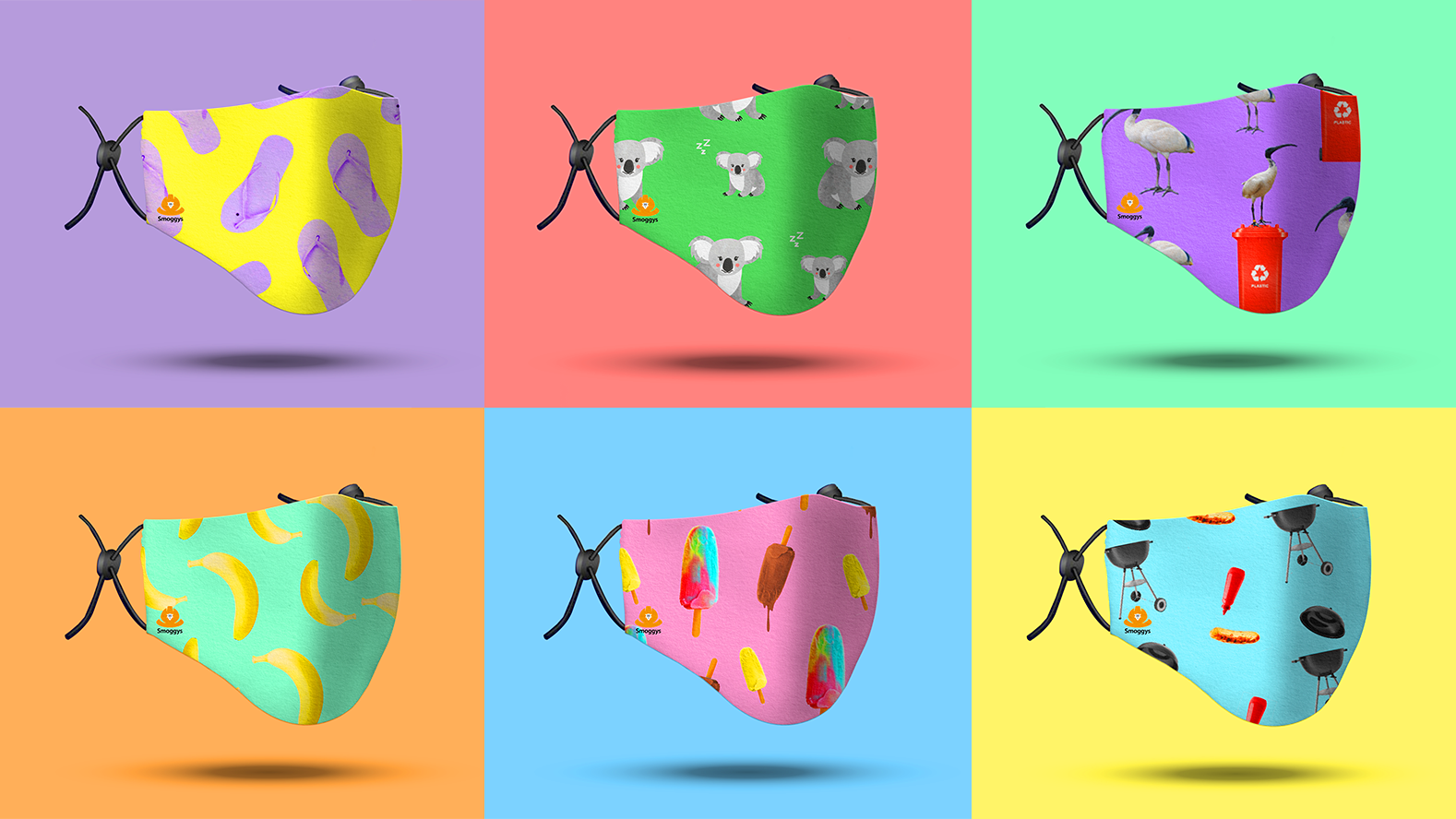 Four 20-something media and advertising professionals from Wavemaker and Ogilvy have teamed up to use their skills in response to the devastating bushfire season unfolding across Australia, and are asking for GoFundMe donations to make it a reality.

Bec Drummond and Marco Del Castillo from media agency Wavemaker Australia and Jack Burton and Lucas Fowler from fellow WPP creative agency Ogilvy Australia have created a P2 pollution mask with a uniquely Australian feel, with all proceeds from sales to be donated directly to the Rural Fire Service.

But they need to raise $10,000 to produce and sell the masks, dubbed Smoggys.

With 90 fires burning in NSW alone, half of which are uncontained, 2.9 million hectares burning through NSW and QLD, 680 homes, 6 lives and 2,000 koalas lost, the four passionate Sydneysiders decided that thoughts and prayers were not enough.

To get Smoggys up and running, the foursome is asking for the support of friends, families, colleagues and fellow Aussies via GoFundMe contributions. Their aim is to raise $10,000 by Wednesday 18th December, which will allow them to actualise the Smoggys business so they can start selling across Australia. The masks feature patterns that are distinctly Australian – koalas, lamington, bin chickens and pluggers – symbols of the Australian spirit and larrikin identity.

Drummond, Del Castillo, Burton and Fowler have confirmed that if they can’t raise the required $10,000 to go into production with Smoggys, any money raised will be donated directly to the RFS. So if you choose to donate, you can be assured that your money will still make its way to the firefighters battling the dangerous blazes.

A P2 mask is considered one of the more effective ways to limit exposure to toxic bushfire smoke and PM2.5 particles, but it has to seal well around your face – so fellas, shave off that beard!

Says Bec Drummond, joint strategy director at Wavemaker: “The Rural Fire Service have been working around the clock to contain and downgrade bushfires across the country, to keep the rest of us safe. But the fires are out of control, the weather conditions aren’t easing up, the smoke is carrying across the nation and we’ve only just started summer.

“Rather than continue to feel powerless, we decided to do something that could help ordinary Australians deal with this new reality as well as help raise valuable funds for our firies on the front line.”

Says Jack Burton, art director at Ogilvy: “Wearing P2 masks isn’t something Aussies are used to. But then again, we aren’t used to having our air quality that is up to 11 times hazardous levels. Our idea is to help Aussies through the smoke haze and help the RFS fight against the smoke. A solution to protect both our lungs, and our land.”

Drummond, Del Castillo, Burton and Fowler received the encouragement and support of their agency leadership teams in developing their idea into a viable initiative.

Earlier this year, each duo faced off as competitors in the Australian Cannes Young Lions final. However, in this time of climate emergency, they have decided to band together and leverage each other’s complimentary skills to help Australians fight the fires.