Melburnians are being encouraged to take a closer look at their time spent in the shower and consider creative ways to shave down those minutes. Yarra Valley Water’s new “Shower Shorter. Save Water” campaign by purpose-driven integrated communications agency Think HQ, aims to remind Victorians that conserving water and saving money in the process, is easier than we think.

The creative taps into the relatively young target audience’s sense of fun, using 3D modelling and animation to bring to life five innocently unaware characters who get distracted in the shower; performing a ballad, daydreaming of unicorns, meditating to unwind, brainstorming how to solve big problems, and dancing it out. The campaign asks people to take their entertaining or relaxing activities elsewhere in a light-hearted jest at our rather ridiculous looking shower antics.

The digital and social led Shower Shorter campaign aims to encourage people to shorten their showers from an average of 7 to 4 minutes. This can then help to save an average of $200 a year on water and energy bills, or 24 Litres of water per shower. With the tagline “Shower Shorter. Save Water”, the campaign is supported through above the line channels, including large format outdoor and street furniture, Spotify and podcasts, digital display, social media (including in-language social), and YouTube.


It targets bill-paying customers aged under 35 who are conscious of their water usage and/or those who have a strong emotional connection to their showering experience.

Says Andy Lima, group head of creative, Think HQ: “The shower is the space where we love to relive moments and memories, make to-do lists, win arguments, or practice karaoke. But when we indulge in some extended ‘me time’ under the running water, we waste a precious resource. Our campaign plays on those bathroom time distractions, reminding people to save them for when water isn’t literally going down the drain.”

The campaign is part of Melbourne’s largest retail water utility’s new brand strategy that puts people first and focuses on creating a brighter future for communities, the natural environment and innovation.

Says Ryan Jamieson, senior campaign specialist, Yarra Valley Water: “The campaign aims to educate customers on the impacts showers have on household water consumption, as the months get cooler, our time in the shower tends to get longer. With showers currently making up an average of 31 per cent of a typical household’s water use, it is an important reminder to our customers, that small changes such as shortening your shower can make a big difference individually and collectively.”

The campaign, which launched on May 15, will run across Melbourne, within Yarra Valley Water’s catchment area. 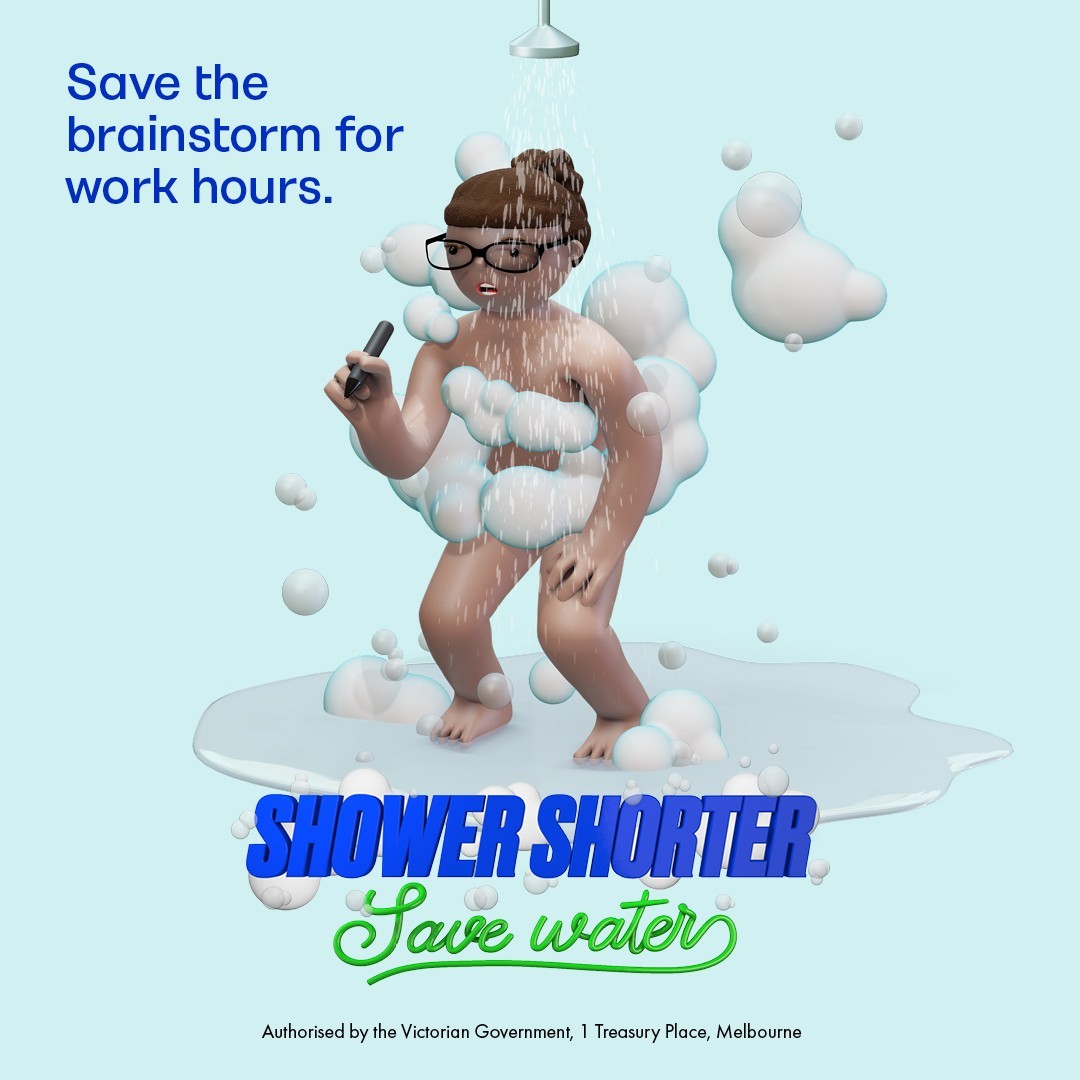 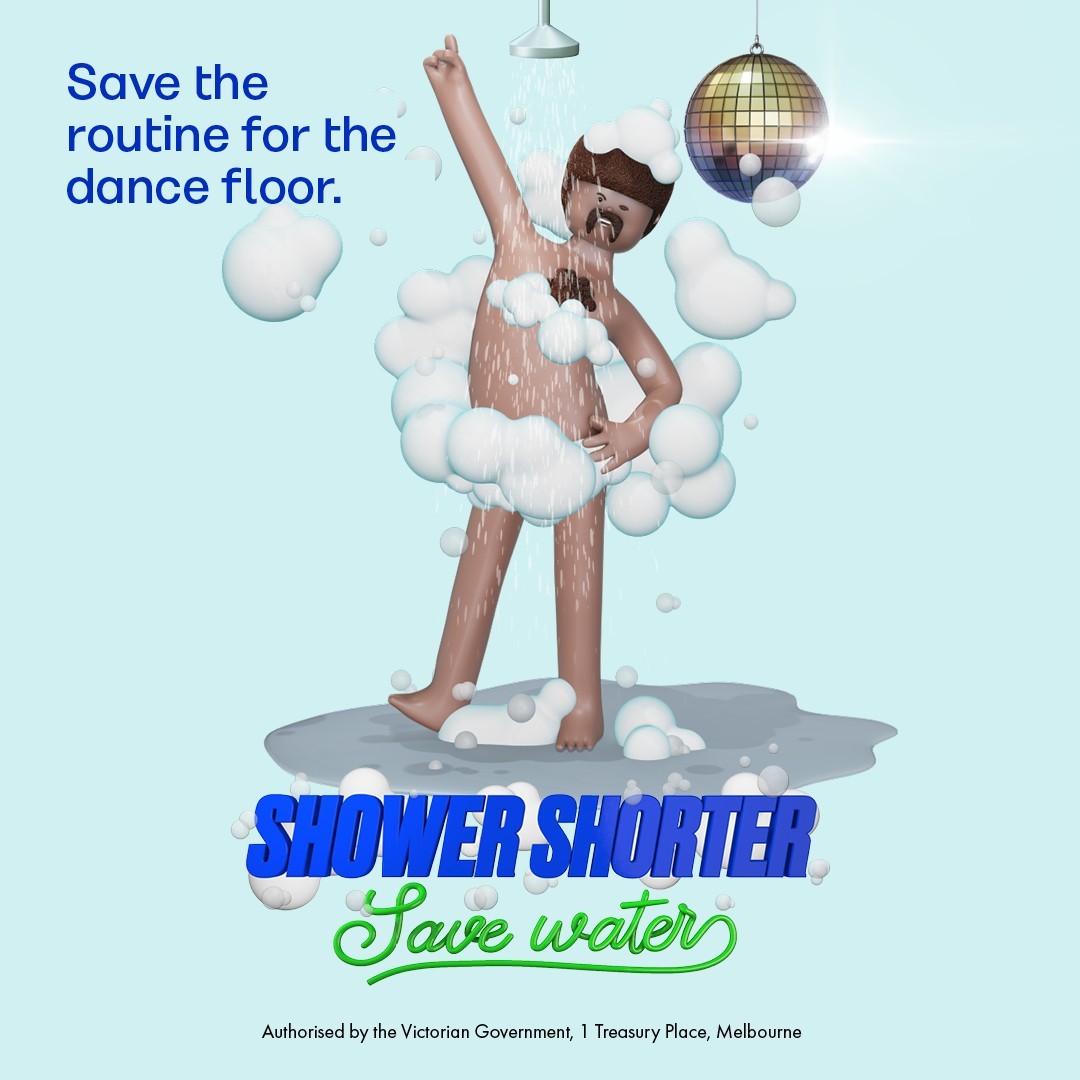 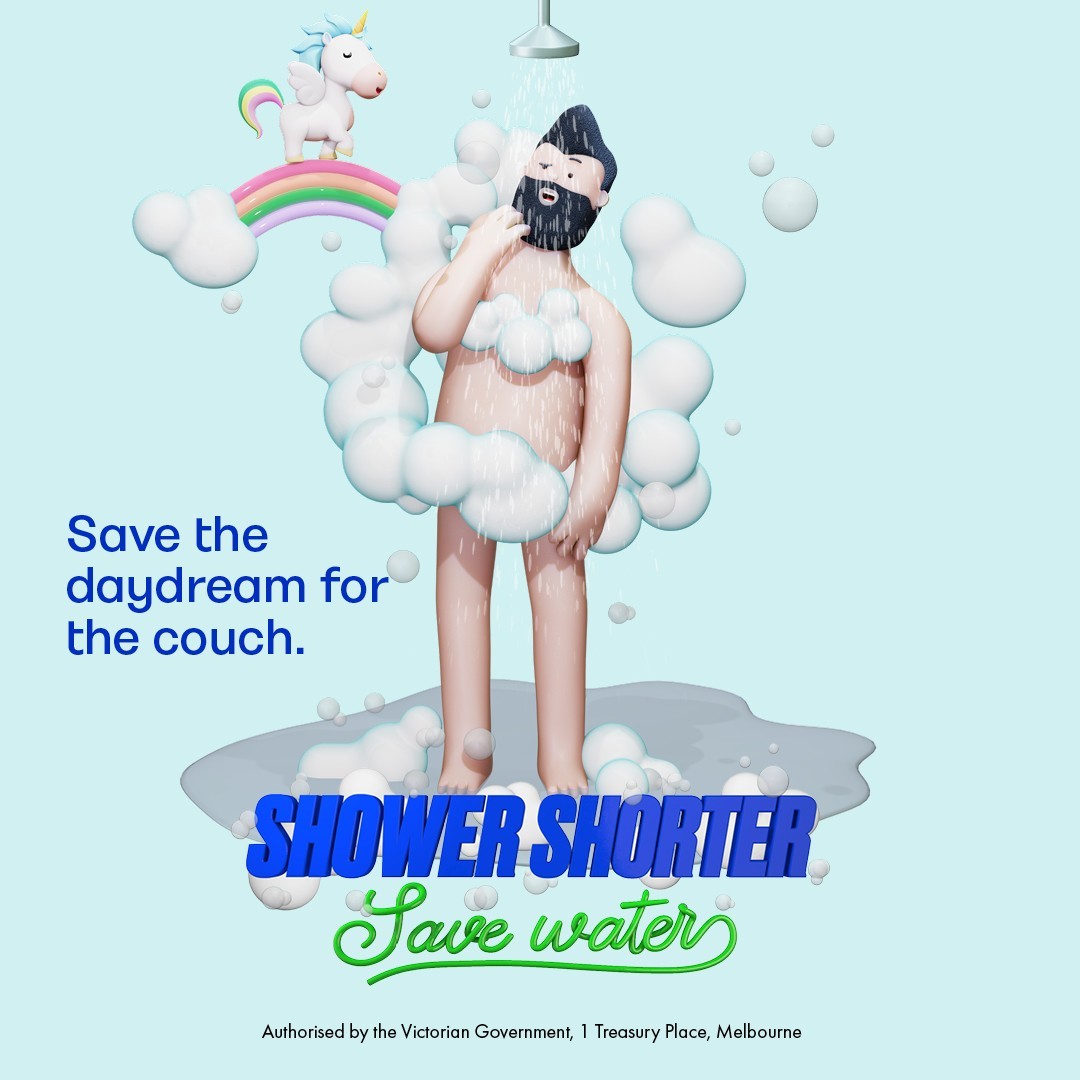 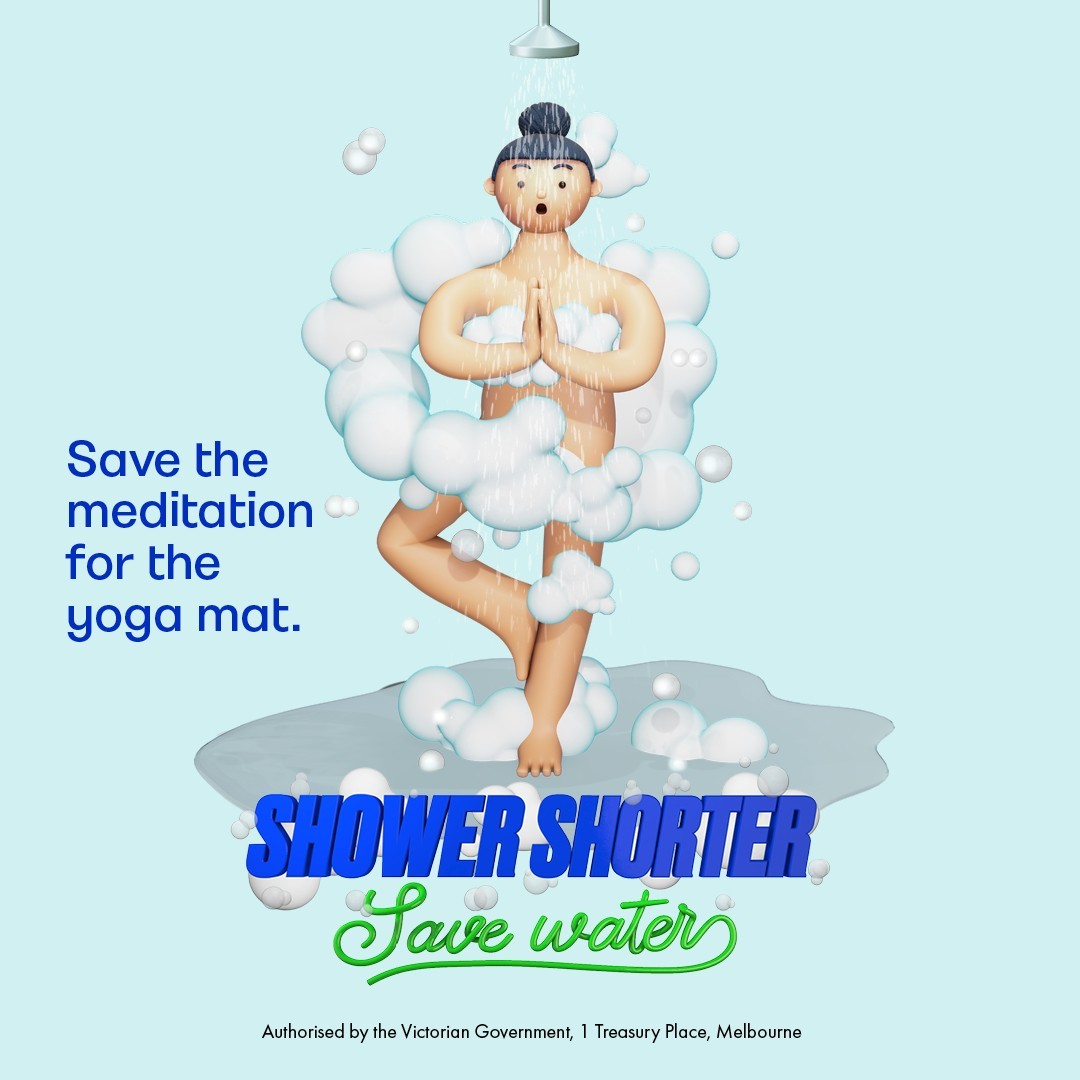 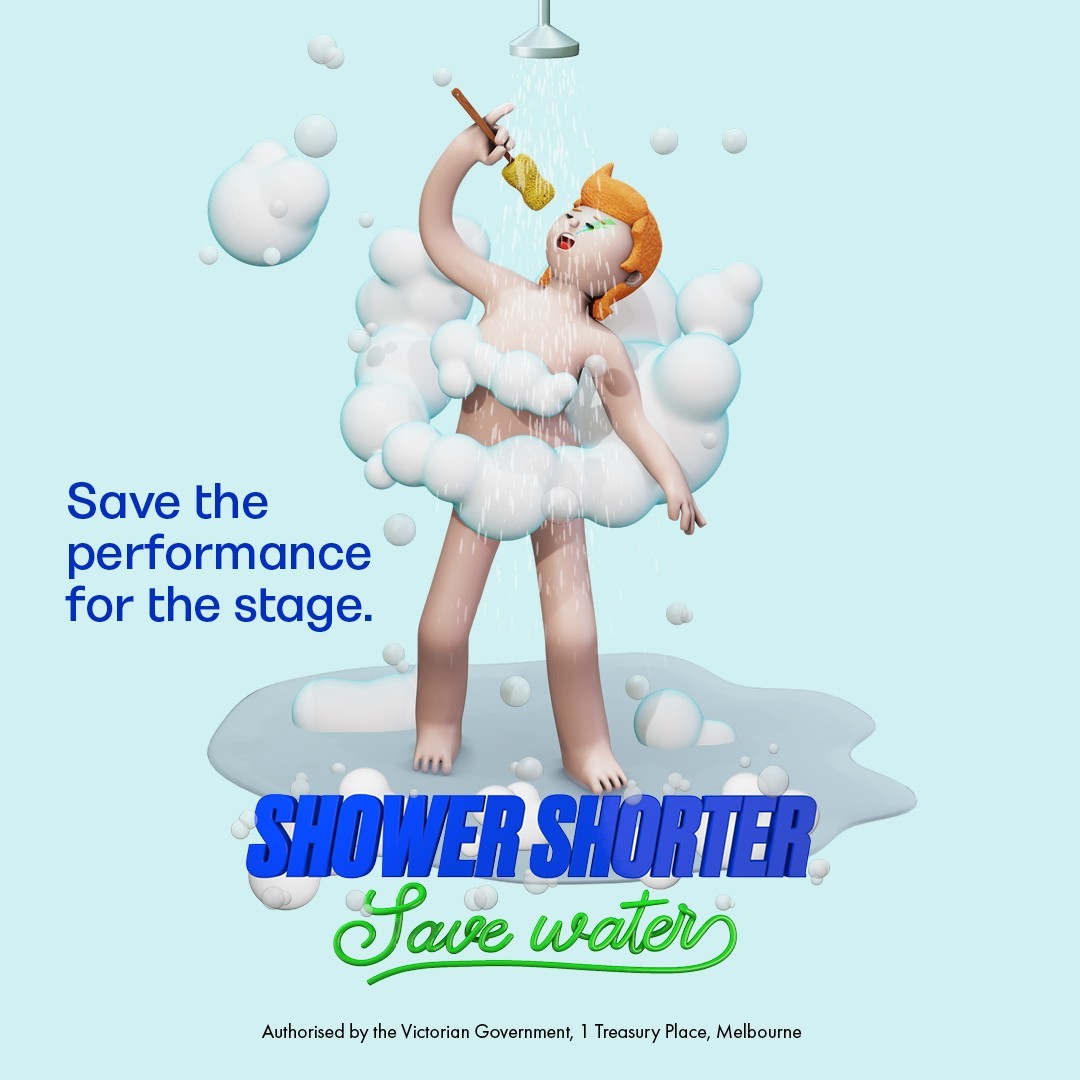