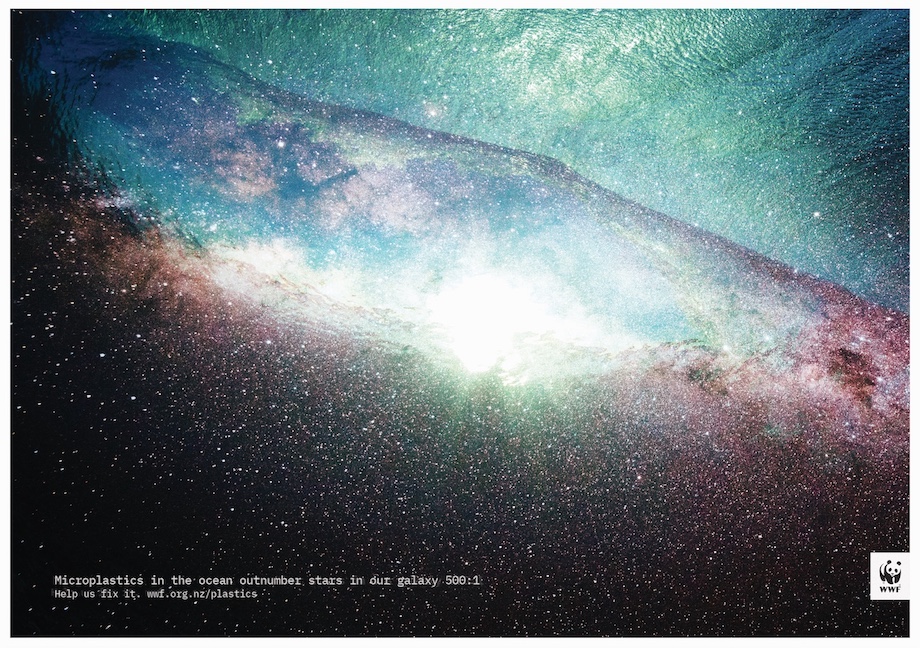 Our oceans are choked with plastic. Eight million tonnes of plastic pollution ends up in the ocean each year, breaking down into tiny bits to become microplastics. Now, microplastics are in the food we eat, the water we drink, and the air we breathe.

Studies suggest, people are ingesting around 5 grams of plastic a week – the same as one credit card and yet, the scale of microplastics pollution is hard to fathom. Colenso BBDO and WWF-New Zealand have created a powerful series of images to illustrate the extent of the crisis.

Microplastics in our oceans now outnumber stars in our galaxy 500:1. This fact has been demonstrated visually through captivating underwater photography. At first glance the resulting images appear to be star systems, but on closer inspection it’s revealed that the ‘stars’ are actually microplastics suspended in water. 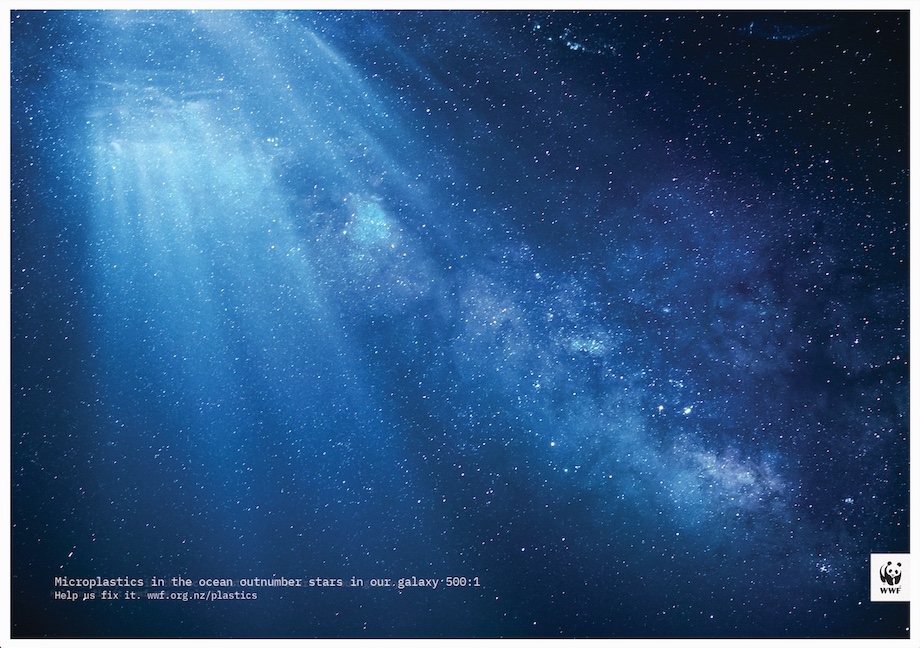 Says Simon Vicars, executive creative director, Colenso BBDO: “There’s a general awareness of microplastics in the ocean, but what we wanted to do was help people grasp the unbelievable scale of the pollution. It’s only when Kiwis really see the size of the damage being done that we’re motivated to act.”

Says Livia Esterhazy, CEO, WWF-New Zealand: “These images are hauntingly beautiful, and yet, it is when we look up close we discover the horror we have created. From the Mariana Trench to Mount Everest, there is not a single place on Earth untouched by plastic pollution. Most of this plastic was designed to be used only once, but will remain for generations. We hope, by seeing the sheer scale of the problem, people will be inspired to take action and help us Stop Plastic Pollution.” 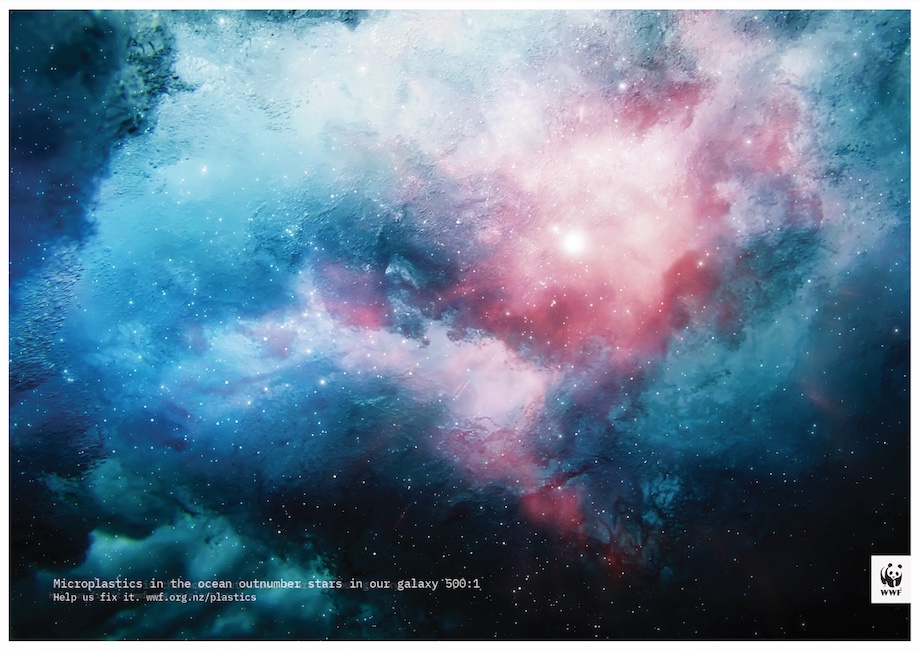 The Stop Plastic Pollution petition can be found at wwf.org.nz/take_action/stopplasticpollution 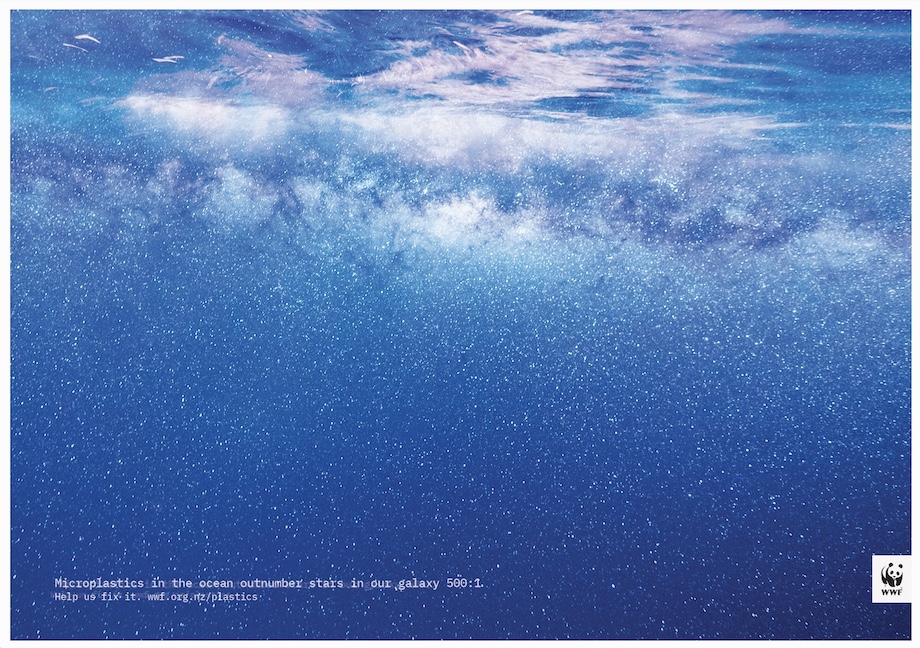