WorkSafe Victoria has launched a new campaign, created by TBWA\Melbourne in partnership with FINCH, which aims to further the education of Victorians around violence and aggression towards workers.

As an evolution of its 2017 campaign which focused on the healthcare industry, WorkSafe has extended the “it’s never ok” message into other industry sectors to demonstrate the full spectrum of violence and aggression which too many Victorian workers are unfairly faced with every day.

Says Kristy Taylor, director of marketing, WorkSafe Victoria: “The ultimate goal is to reduce the incidents of violence and aggression in Victorian workplaces. We are proud of this campaign and hope that it is effective in driving behaviour change.”

Utilising a confronting point of view technique, the campaign aims to put the audience in the shoes of workers to drive empathy and understanding, and ultimately prompt reflection on their own behaviour. Employers and employees will also be reached through targeted comms.

The campaign is supported across television, cinema, social, out of home and high impact digital and will run from May 16 – June 27. 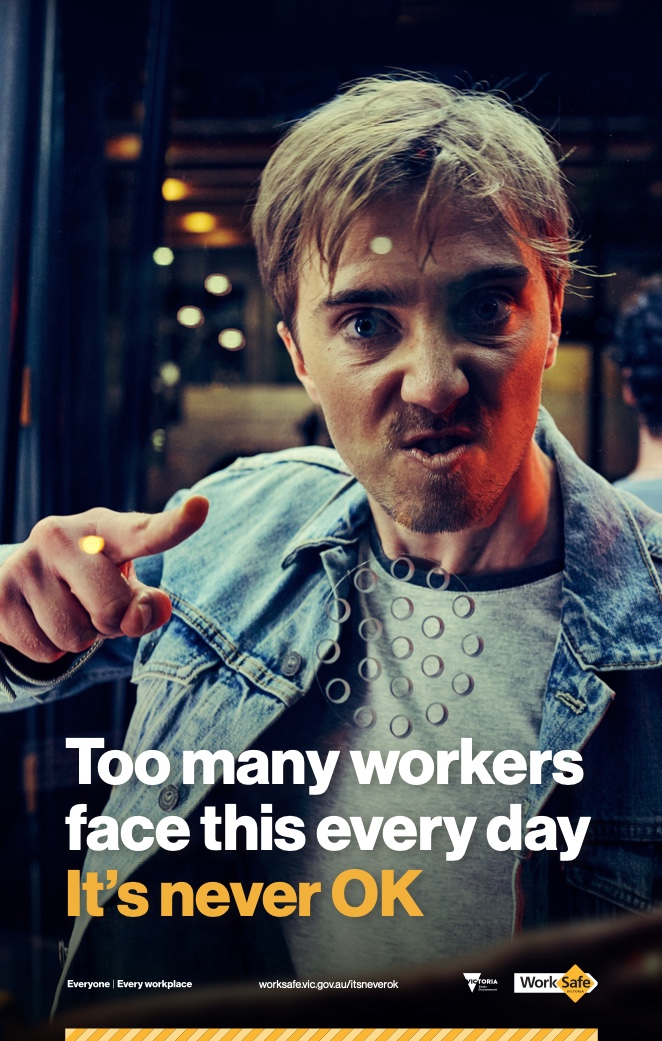