WOOLLEY: AUSTRALIAN TV ADS PRODUCE UP TO 57 TONNES OF CO2 PER HOUR

30 second ad breaks during programmes such as the Biggest Loser, So You Think You Can Dance, Big Brother, Border Security and the 6pm News are causing massive carbon consequences according to TrinityP3, Australia’s leading independent marketing communications management consultants who have conducted an in-depth environmental audit on the advertising and marketing sector.

“Companies claiming carbon neutrality should ensure they also include the impact of their marketing and advertising initiatives, which produce significant carbon emissions, to avoid any accusation of Greenwashing,” said Darren Woolley (pictured), managing director of TrinityP3. 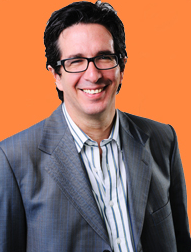 “TrinityP3 is currently formalising a standard carbon footprint measurement of advertising.  This is the first measurement on the impact of advertisements in the world and we will be speaking on our methodology at an international conference in Boston in October.

“Most companies have been obliged to think through their strategies on reducing carbon emissions and they need to remember that their marketing strategies do have an environmental impact that needs to be included.  This is not something that is easily able to be measured.

“Reality Television is interesting as the more viewers and voters that tune in, the higher the carbon footprint.  The more people vote, the more it adds tothe CO2 in the atmosphere.

“When Big Brother launched in Australia in 2001, advertising in the program contributed over 1200kg of CO2 into the environment.  By series eight this year, the decreasing number of viewers decreased its carbon footprint by 50%.

“However, the Biggest Loser is the biggest loser on the environment with a massive 57 tonnes of CO2 per hour produced by the advertising that ran during the final.”