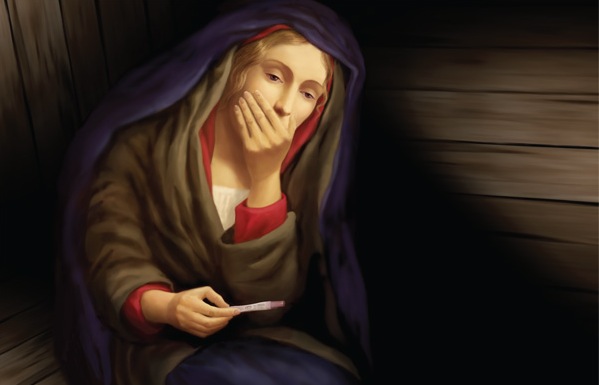 Auckland church St Matthew in the City has done it again, getting a massive reaction to its latest irreverent billboard, created by agency Whybin\TBWA\Tequila, Auckland.

The billboard portrays Mary, Jesus’ mother, looking at a home pregnancy test kit revealing that she is pregnant.

The reaction around the world has been swift, an agency spokesperson told CB: “Within an hour of being installed our billboard was on TV3 news, overnight it was in the Daily Mail in the UK, then on the Huffington Post, now on ABC news.” 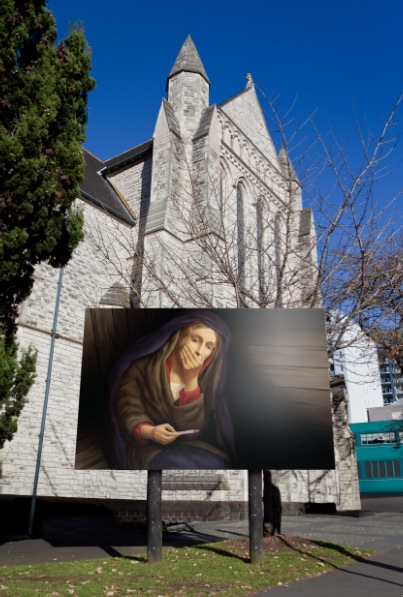 Christmas is real.  It’s about a real pregnancy, a real mother and a real child. It’s about real anxiety, courage and hope.

This billboard portrays Mary, Jesus’ mother, looking at a home pregnancy test kit revealing that she is pregnant. Regardless of any premonition, that discovery would have been shocking.  Mary was unmarried, young, and poor.  This pregnancy would shape her future. She was certainly not the first woman in this situation or the last.

As in the past it is our intention to avoid the sentimental, trite and expected to spark thought and conversation in the community.  This year we hope to do so with an image and no words. We invite you to wonder what your caption might be.

In this season we encourage one another to be generous to those who suffer, to give to strangers, and to care for all – especially those who have the least.  Like the first Santa, St Nicholas did.

We invite all who celebrate the season to hold these different strands of a real Christmas together: anxiety and joy, suffering and compassion, Santa and Jesus.