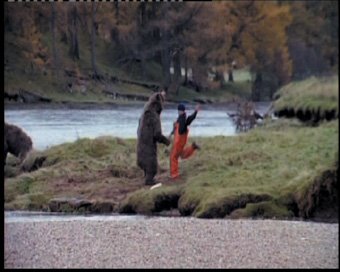 The Clio Hall of Fame honor pays tribute to the exceptional ads that have stood the test of time and creative innovation by daring to be different. They are timelessly relevant, often providing the industry with a revolutionary creative concept or technology, and many times enter into the realm of pop culture. Since being established in 1960, a mere 300 ads from around the world have been inducted into the Hall of Fame.

“Hall of Fame ads represent award-winning innovation from advertising’s past,” said Ami Brophy, executive director, Clio Awards. “This honor goes to those agencies and clients who took risks and created spots that are memorable, ageless, and in many cases advanced the craft of advertising itself. These 2006 Hall of Fame honorees found a place in our hearts, minds and culture. We begin the Clio Festival every year by paying tribute to the past because these spots remind us to take risks and raise the bar in the future.”

“Bears” by Leo Burnett, London on behalf of client John West to promote its line of canned salmon, took a risk in using a humorous surprise twist to bring high levels of awareness to a relatively unglamorous product, and quickly become one of the most downloaded and emailed TV commercials of 2000. The spot begins similar in tone to a serious nature documentary until disrupted by a man who suddenly confronts a bear and tries to take its salmon, whereupon the pair engages in a comical fight complete with frantic punches and shin kicks. As the spot gently drifts from its initial “reality” setting, it takes a moment for the viewer to realize the scene is rigged and they’ve been had, before the tagline appears: “John West endures the worst to bring you the best.”

“Whassup?,” from DDB Worldwide Chicago for the Budweiser brand from Anheuser-Busch, launched a phenomenon in 2000 as viewers became enthralled by a group of young “everymen” who address each other with elaborately comic turns on the greeting “whassup?!” The phrase, which came to be known as a “verbal high-five,” immediately clicked with consumers as a genuine, infectious and universal example of male bonding, and helped to further connect the Budweiser brand with its target audience.

“Turkey (High Dive)” and “China (Tree)” from Cliff Freeman & Partners, New York for FOX Sports Networks, achieved industry accolades for using mock sports programming from around the world and absurd humor to successfully communicate the client’s brand to the core audience of sports viewers back in 2001. Bizarre fake telecasts of indigenous competitions – catching a falling tree, or cliff diving without water – were followed with the tagline “Sports news from the only region you care about. Yours,” to drive home the message of the network’s programming strength.

Entries to the Clio Hall of Fame must be a minimum of five years old, and they must have won a Gold award in a major international awards competition. The Clio Executive TV Jury votes on the campaigns, and awards were presented at the 2006 Hall of Fame Induction Gala on Saturday night, during the Clio Festival held in South Beach, Miami.