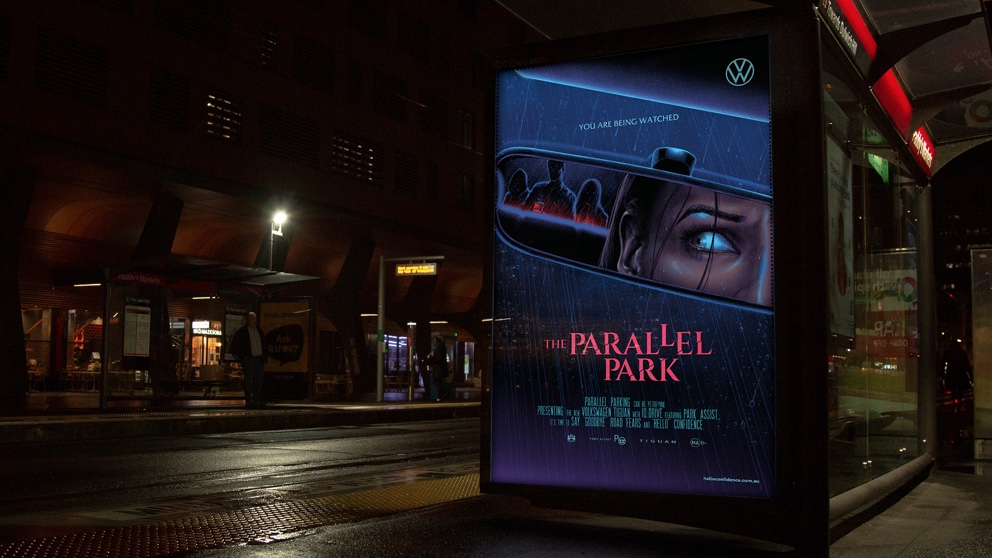 Volkswagen tackles road fears head on in this tongue-in-cheek horror-movie-style campaign to launch the 2021 Tiguan. The stylish new film and series of horror posters conceived by DDB Sydney parody some of the anxieties some of us have on the road; like parallel parking, giant roundabouts, and merging onto a four-lane highway.

And by some of us, we mean the vast majority. The campaign was based on new research revealing 79% of Australians have some kind of driving anxiety, with a whopping 59% of drivers fearing parallel parking – embarrassed of holding up traffic or worried they’ll hit another car while trying to park.

Says Rowena Kanna, marketing communications manager, Volkswagen Australia: “The research highlighted what we knew to be true, albeit anecdotally, which is that these little road stresses can quickly creep up to become genuine anxieties and fears.

“The new Volkswagen Tiguan helps conquer these fears thanks to I.Q. DRIVE, an intelligent driver assistance system with features such as Front Assist, Pedestrian Monitoring, and Lane Assist. We’re confident this exciting and unique campaign will cut through in a cluttered SUV market.”

Says Tim Woolford and Tommy Cehak, creative directors, DDB Sydney: “We’re not scared of driving. Although parallel parking makes us anxious. Actually, merging is nerve-racking… and we suppose people are pretty distracted by their phones these days, so that’s a worry…”

The visually arresting posters were created in collaboration with acclaimed Canadian movie poster artist Matt Ryan Tobin, who, during his illustrious career, has worked with the likes of Disney, Marvel, 20th Television (formerly known as 20th Century Fox), and Warner Brothers.

The film, directed by Revolver’s Bruce Hunt, is an homage to the psychological horror genre and was filmed on location in sub-zero temperatures in New South Wales’ Oberon.

The integrated campaign is part of the ‘Life feels better in a Volkswagen’ platform, and is running across TV, online, OOH, radio and social, with interactive AR to launch later in the year. 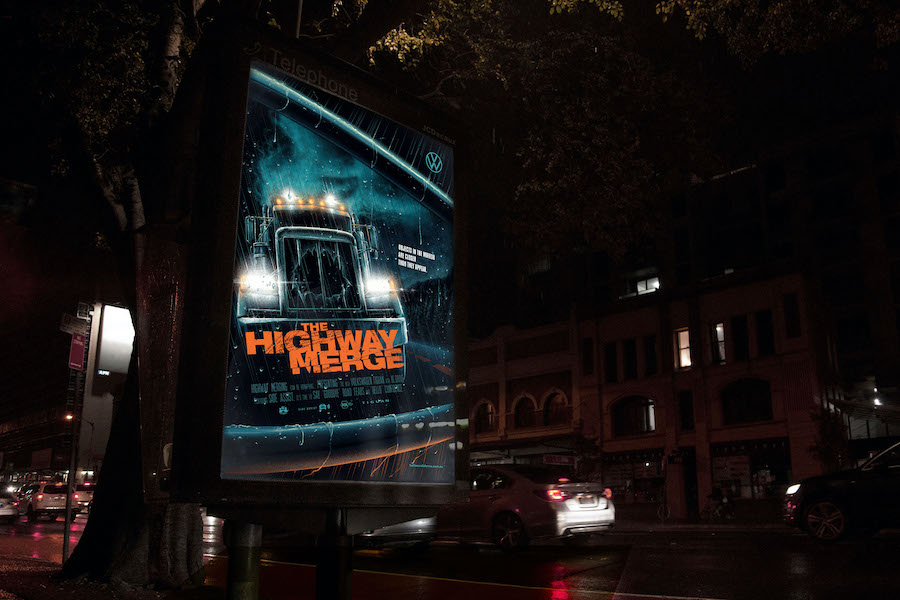 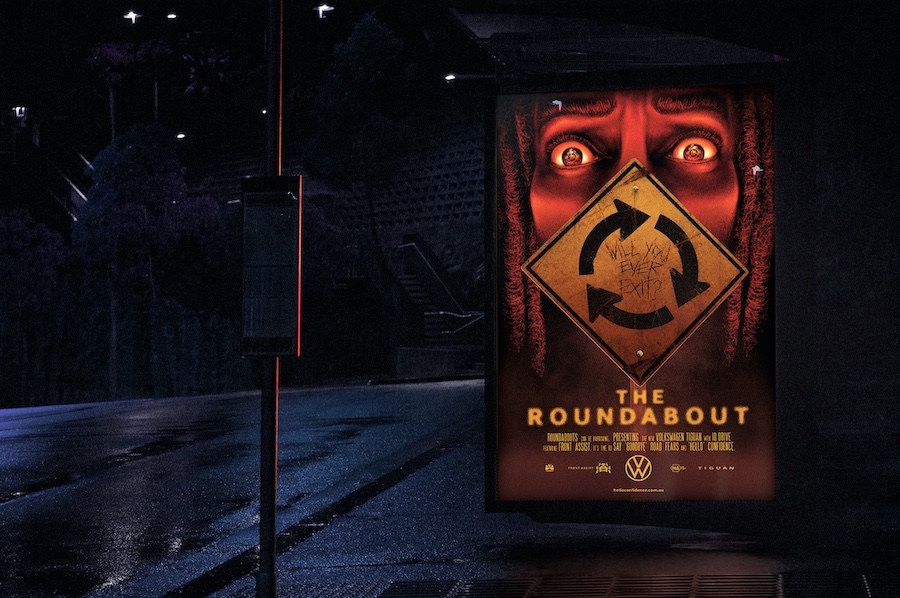 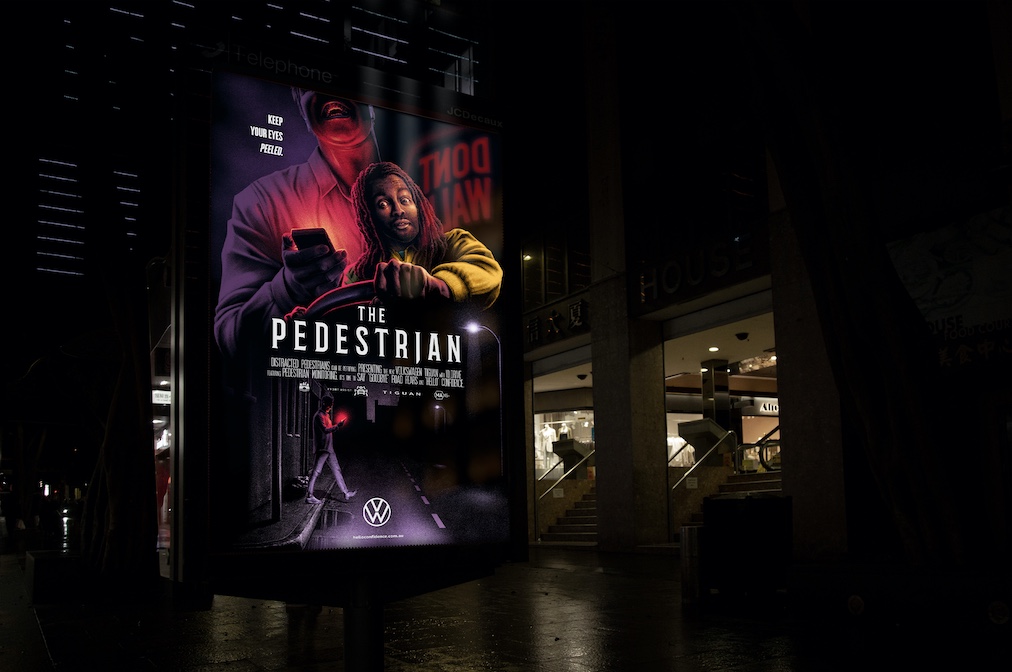 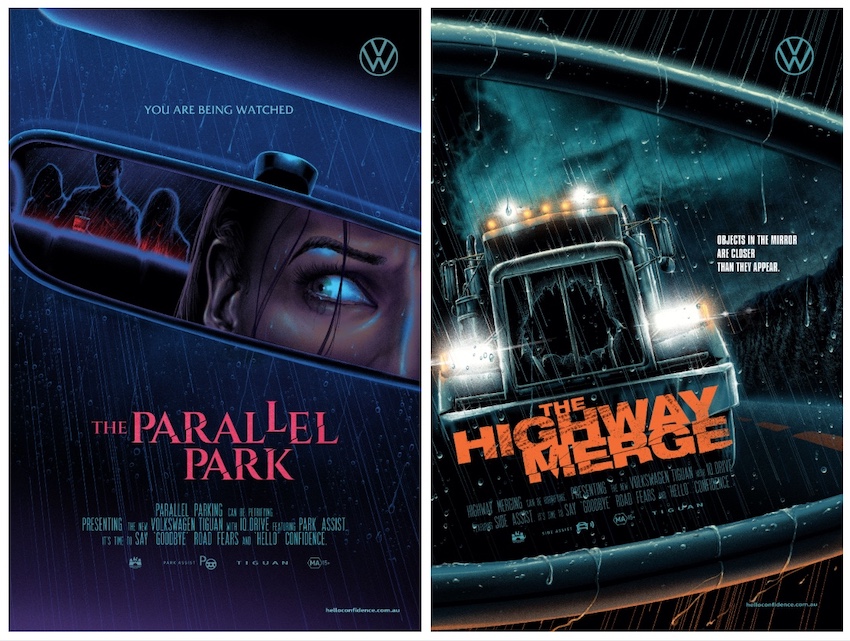 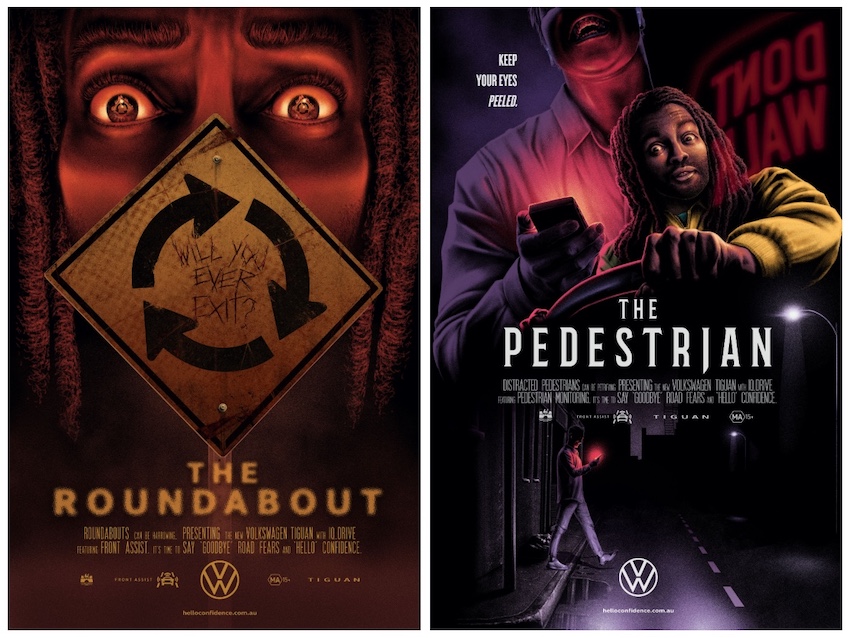