Why watch ads when you can play them? Volkswagen has hacked the ad break in a new campaign out of DDB Group Sydney, giving viewers the chance to race the new Golf GTI live against everyone watching the same ad break.

From 7pm tonight, people can tune into The Project on Channel 10 and, during the ad break, compete to win a GTI in the first-ever live mobile racing event – the ‘Golf Ad Break Championship’.

Created by DDB Sydney and Tribal with game development studio Art of Play, races run for only the length of each ad break, with players vying to beat a qualifying time for the chance to win the car. Developed as a web-based game, it requires no app download to participate.

In collaboration with PHD, Volkswagen has booked the first spot in ad breaks across tent-pole Channel 10 and Fox shows. A custom ‘game launch’ TVC will feature a QR code throughout that takes players to the live racing tournament.

Meanwhile, people can practise racing the GTI ahead of each Championship race on three Aussie-inspired tracks, accessible via QR codes located at typically ‘boring’ places such as train station platforms and bus shelters across the country, or by visiting vwgolfadbreak.com.au.

Says Hayley Phillips, brand manager, Volkswagen Australia: “We’re always looking for ways to break through in a cluttered market and do something that stands out. Bringing the new Golf to market is an important milestone for us, and the idea behind Golf Ad Break Championship provided us the perfect platform to launch the icon and get people involved and excited with us.

“We’re positioning the Golf as the antidote to the everyday, so what better way to prove that than racing it in something as everyday as an ad break?” 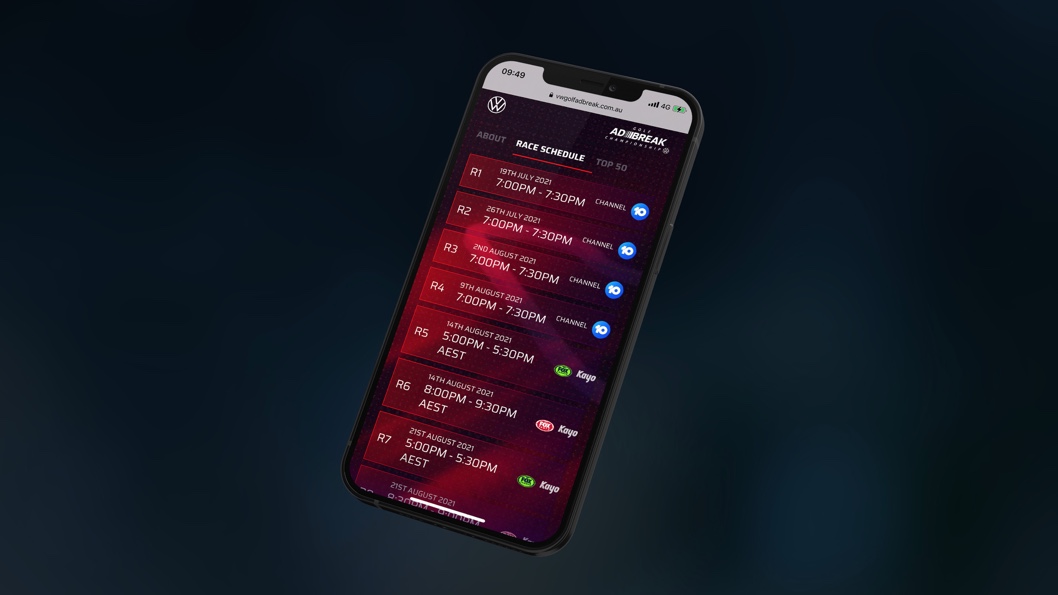 Says Tim Woolford and Tommy Cehak, creative directors, DDB Sydney: “What was really exciting to us was the idea of ‘eventising’ the ad break. Turning it into something people look forward to, and tune in for, as much as the show itself. Rather than looking at the second screen as a barrier to people engaging with our ad, we looked to embrace it as the reason they do.”

The clever media play means that Volkswagen owns three minutes of an ad break versus the 30 seconds of a standard spot.

Says Dixie Garcia, business director, PHD Sydney: “This campaign enabled us to reframe a typical ad break, making it more of a lean-in moment rather than a passive one. The challenge was to not just be guaranteed the first ad break position, but to also ensure the Golf Race lasts for the exact length of the ad break itself.”

The game is part of DDB Sydney’s ‘Everyday Escape’ campaign to launch the new Golf and Golf GTI and is supported by a range of other media assets, including OOH shot by acclaimed fashion photographer, Juli Balla, and a hero TVC directed by Selina Miles.

The first of multiple Championship races will be held tonight, with further rounds on 26 July, 2 August, 9 August, 14 August, and 21 August, across Channel 10, Fox Sports, and Kayo. Players can check the schedule for each of the rounds by visiting vwgolfadbreak.com.au. 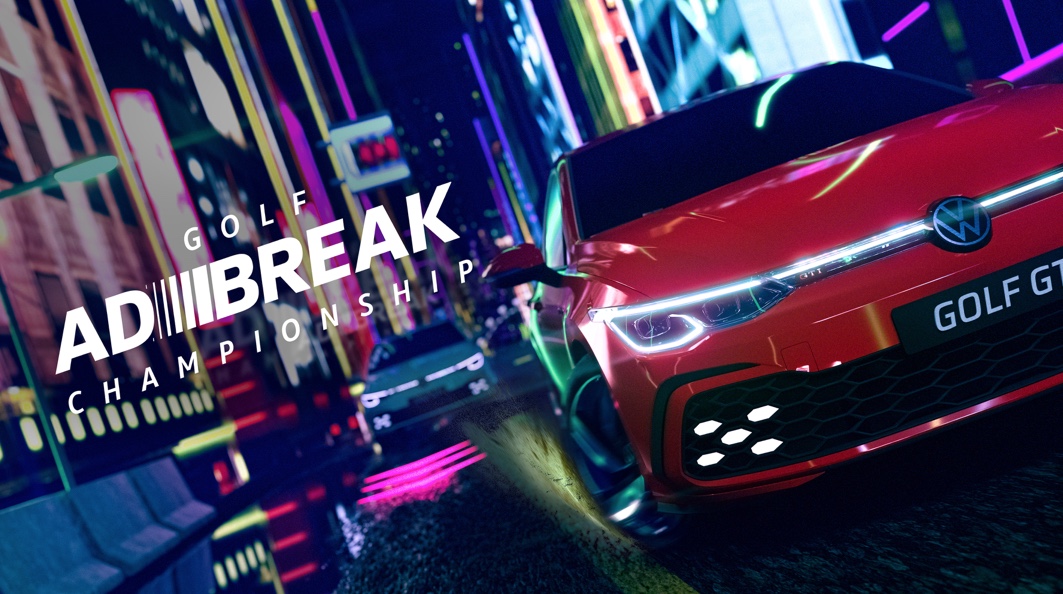 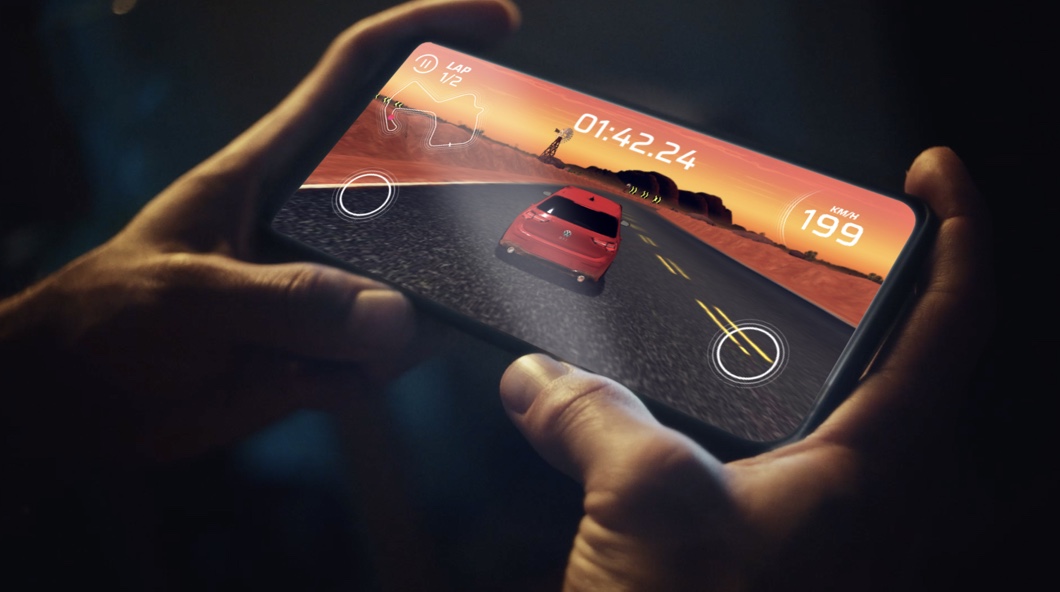 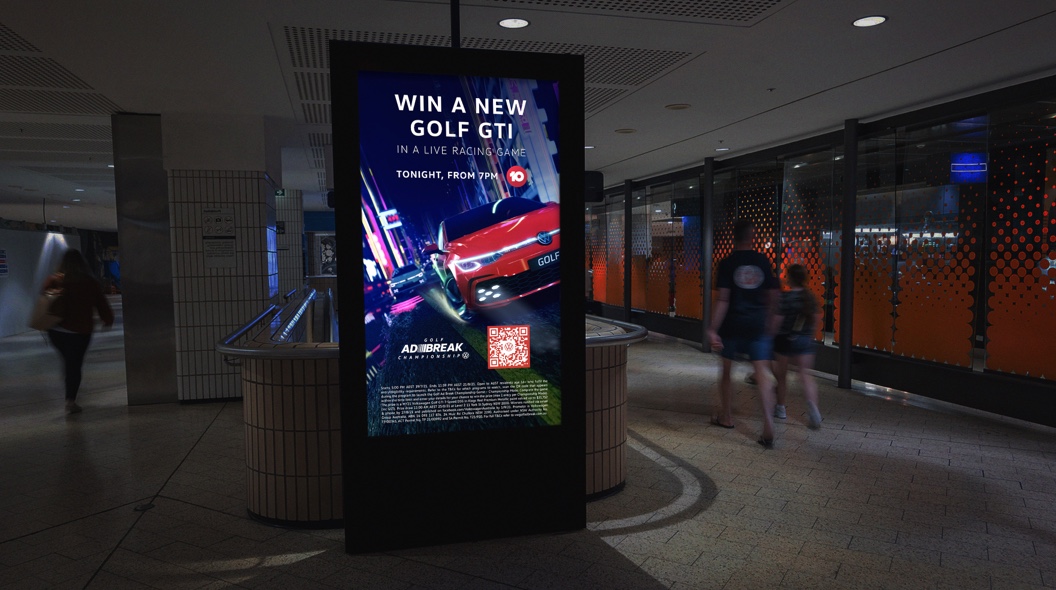 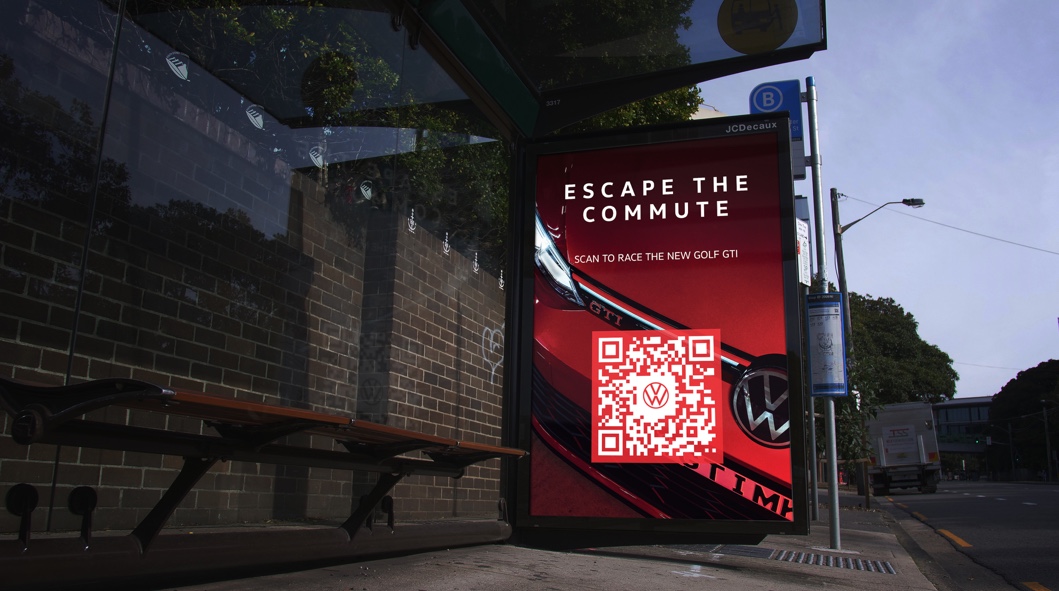