In response to men representing four out of five drowning deaths in Victoria over the past ten years, the Victorian Government Department of Justice and Community Safety (DJCS) has released a campaign via TBWA\Melbourne, highlighting the importance of water safety among men.

Men aged 25-64-years-old have been identified as a priority audience, as they have proven to be less engaged in water safety messaging and advice, due to an overestimation of their own capabilities around water.

To shake this audience out of their overconfidence, the Victorian Government Department of Justice and Community Service is launching ‘The Unsinkable Guy’ – a fully integrated campaign demonstrating that no matter how confident you are, no-one is unsinkable.

Starring four inflatable multicultural ‘Unsinkable Guys’ across a variety of coastal and inland water activities, the campaign seeks to capture the target audience’s attention through a light-hearted, entertaining approach that resolves on a serious safety note.


Running across TV, digital, social, radio and press, ‘The Unsinkable Guy’ will also have a social presence of his own, documenting the (Mis)Adventures of Unsinkable Guy and his friends across Instagram and Facebook.

Says Ricci Meldrum, managing director of TBWA\Melbourne: “The DJCS team have been fantastic to work with on this important community safety campaign. And working with inflatable talent certainly had its benefits – they weren’t so great taking direction, but always kept a smile on their face.”

The integrated campaign, created and produced by TBWA\Melbourne, launches across TV, digital, social, radio and press, with media led by OMD. 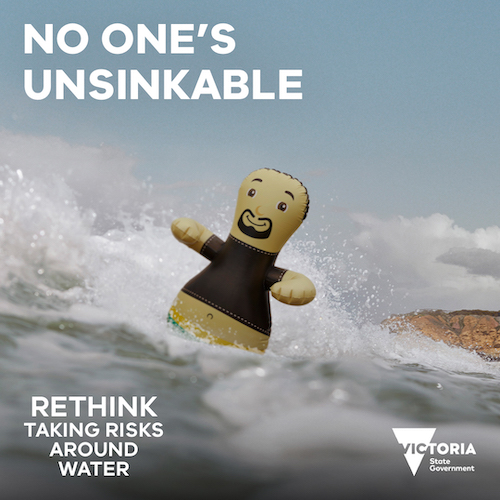 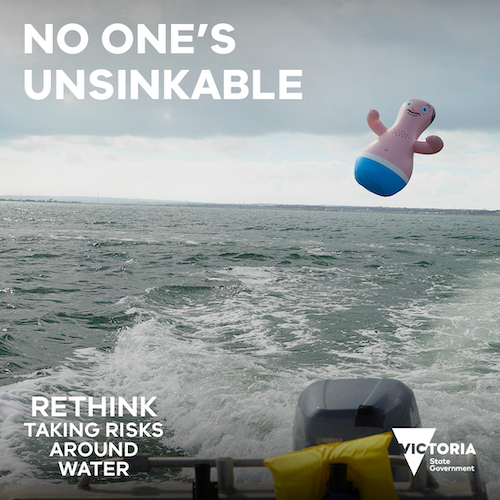 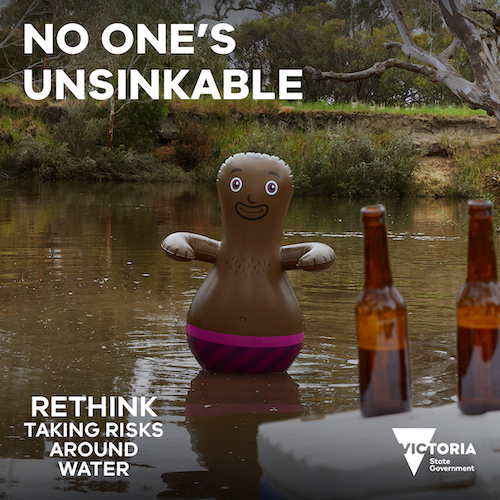 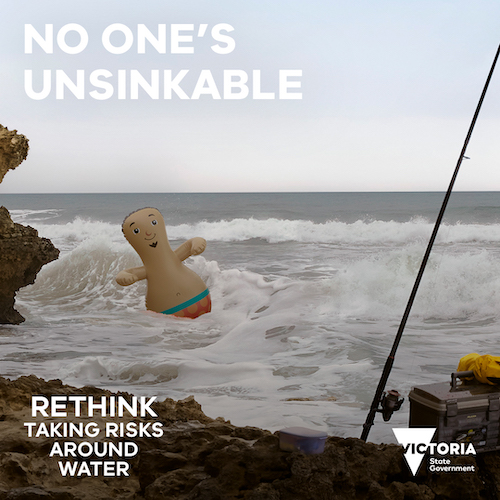