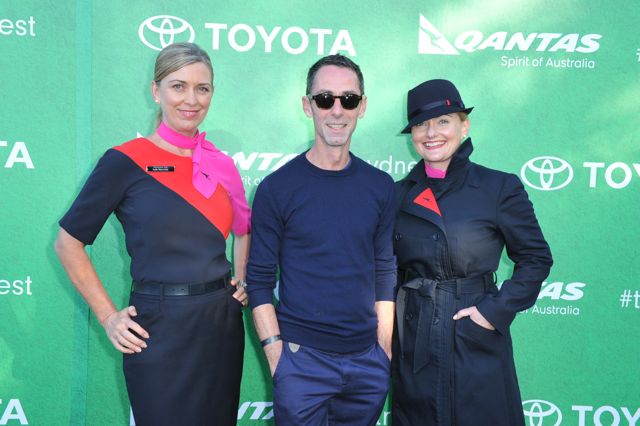 Qantas has announced Tropfest Finalist Martin Sharpe as the winner of the Qantas Film Cadetship, for his short film Still Life, recognising his outstanding talent in Australian film.

The Qantas Film Cadetship recognises a new generation of Australian film talent, giving them the professional support they need to boost their creative career. The winner will gain experience working with a  leading brand, help build their skills and portfolio and expose them to a number of high profile projects.

Says Wirth: “Qantas is proud to offer this opportunity to Martin, already an extremely talented Australian film maker. We look forward to working with him and providing experiences that will help his career and make his mark in the industry.

“The Qantas Film Cadetship forms part of our wider strategy to nurture young Australian talent and support them on their creative journey by providing opportunities and showcasing their work to a global audience.”

Sharpe’s Still Life tells the story of a lonely and bored security guard who makes his rounds in a deserted Art gallery on a dark and stormy night, when strange things start to happen.

Sharpe began to write and direct films from the young age of 11 and now holds an impressive CV. His first short film The Crimson Room went on to screen at over 30 international festivals and won the Golden Palm award at the Mexico International Film Festival.

Sharpe is currently studying Visual Effects & 3D animation at the Academy of Interactive Entertainment, where he met the Still Life team, and is already in the process of preparing his next short film.

Qantas has released its own Australian film series, a collection of eight inspiring short films from across the country, as part of its sponsorship of Tropfest. Titled Our Australia. Our Airline, the series has been filmed in each state and territory and each film tells a story of extraordinary Australians and their relationship with the country, its people and the land.

Qantas has also launched an exclusive Tropfest channel on its Inflight Entertainment. The on-demand channel featured on The Edge will showcase a selection of Tropfest films from the past twenty years, and will be progressively loaded with a selection of tonight’s finalists.