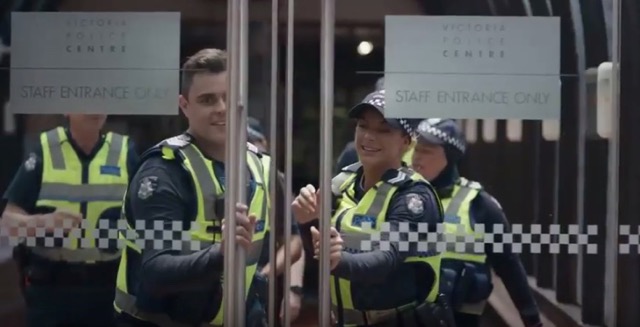 The campaign, which went to air on Sunday night, illustrates the many and varied day-to-day roles of police officers and illustrates the emotional outcomes of the role, rather just the more technical aspects.

Says Sean Birk, copywriter, Fenton Stephens: “We realised that joining Victoria Police is not just about who you are, but the type of person you’ll become. So we’ve drawn people to the individual appeal of being part of a special team.”

LISTEN TO THE SPOT 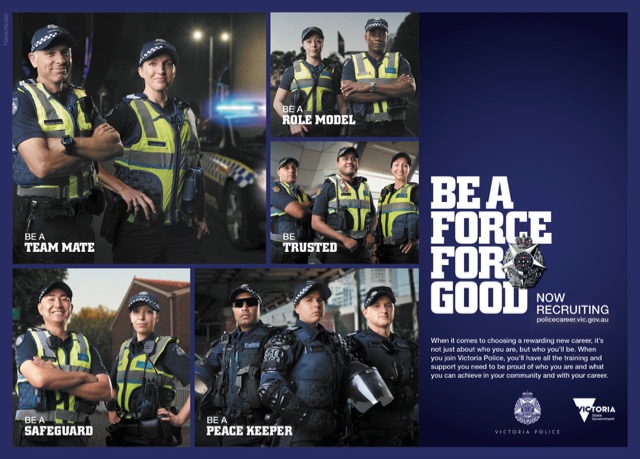 Fenton Stephens handled the successful Protective Services Officers ‘Are you ready to stand out’ recruitment campaign for Victoria Police and this time they’ve teamed up with director Matt Palmer of Eight Productions and photographer Tom Franks of Hell Studios to help meet some ambitious targets.

Says Alex Fenton, creative director Fenton Stephens: “‘Be a Force for Good’ is more than just a recruitment campaign with a positive call to action. We wanted to ensure that anyone who sees the work will appreciate the depth of skill, expertise, professionalism and empathy shown by the men and women of the force. There is a sense, too, that in challenging times like these, Victoria needs a force for good.”

The campaign features actual members of Victoria Police performing their roles and runs across all major TV networks, regional radio, outdoor, press and an extensive digital and social media strategy.