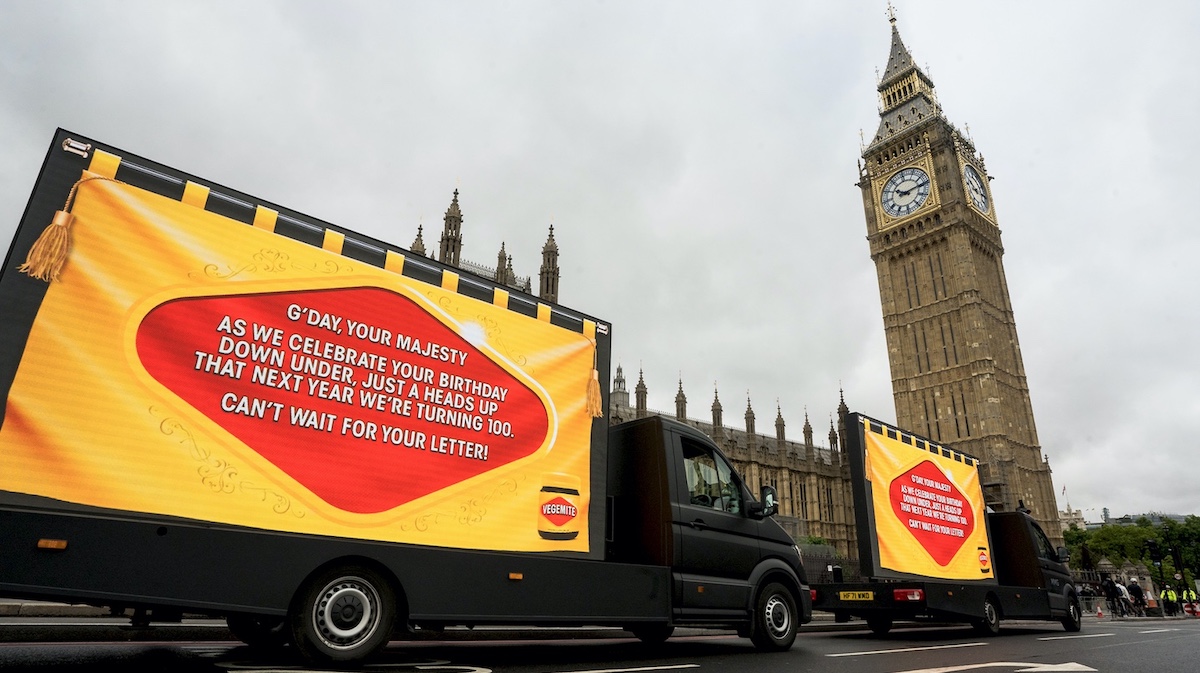 Vegemite, Australia’s most iconic spread, turns 100 next year. Proudly returned to Australian hands in 2017 by Bega Cheese Limited, the Australian brand is preparing for a celebration fit for a queen. To kick things off in style, in what’s set to be a MITEY year for Vegemite, the brand has humbly requested a royal nod from Her Majesty The Queen – a 100th birthday letter to mark its special day in a campaign via Thinkerbell.

Says Jacqui Roth, marketing manager, Vegemite: “On the Queen’s Birthday long weekend Vegemite has officially sent off communication to London, as what better way is there for Vegemite to hit 100 than with a letter from Her Majesty? It’ll top off a whole century of breakfasts, lunches and high teas.”

To increase the chances of Her Majesty seeing Vegemite’s request, the brand also deployed a fleet of mobile digital billboards to drive around London to coincide with the Queen’s Birthday weekend in the majority of Australian states and territories.

Says Ben Couzens, executive creative director at Thinkerbell: “Vegemite is a national icon Down Under, and we think it deserves nothing less than the royal treatment when it hits the big 100 next year. Fingers crossed Her Majesty comes through with the goods.”

The brand’s cheeky request made waves on the weekend, being reported and discussed across TV, Radio and news sites with a total of over 600 mentions. 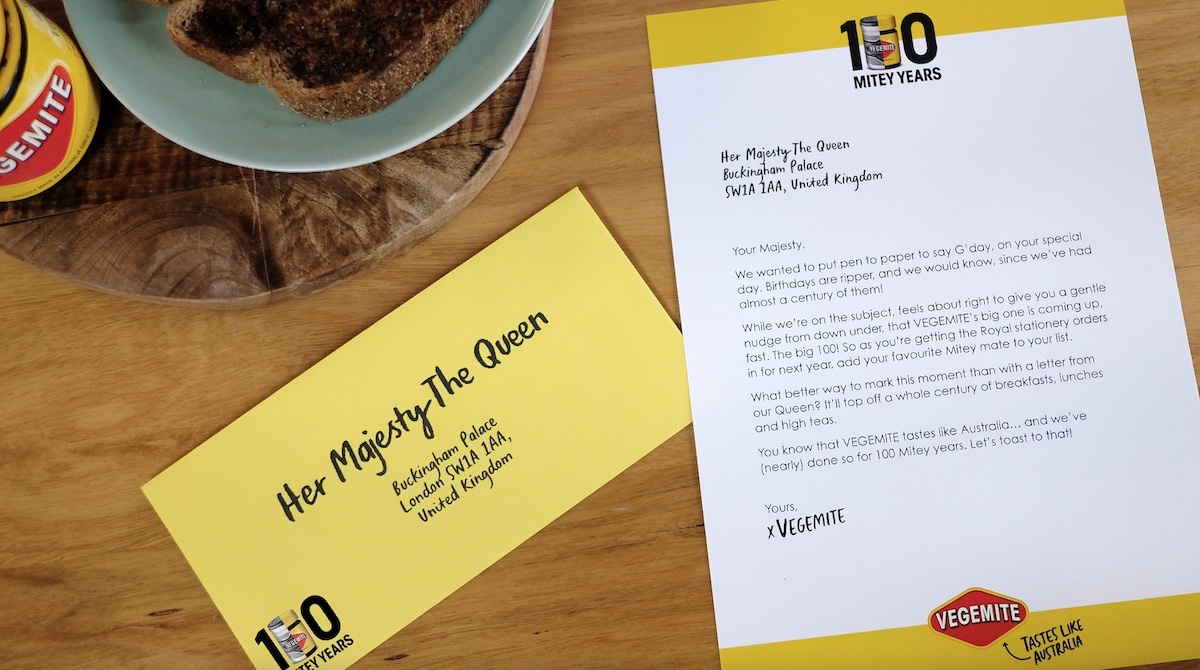