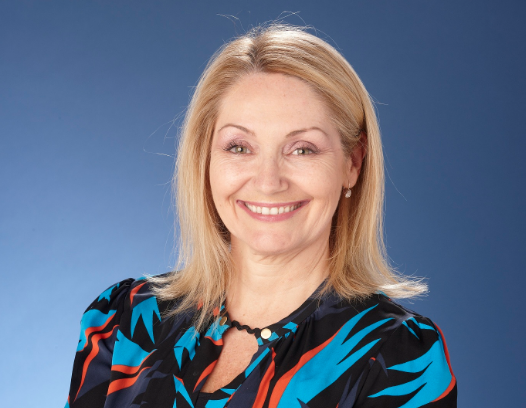 My dear friend and mentor Robin Parkes lost her fight with brain cancer in late December 2019. My words didn’t seem enough, so I asked some of the industry leaders with whom she worked over the course of her amazing career to help create a memory.

As the inaugural CEO of Freeview under the leadership of Kim Dalton she helped Australian viewers transition from five free-to-air channels to 16 in a multi-channel environment. She loved the media and the challenge of chasing down an audience. She was brilliant at solving the complex problem that came with driving revenue in a digital environment. A born advisor with a breadth of knowledge, she and long-time friend and colleague Chelsea Wymer established marketing consulting business Karus, mere months before she became unwell.

During her varied career, Robin was Managing Director of GFK Marketing Services and General Manager at Cowan Design before moving to Singleton Ogilvy & Mather as General Manager. After successfully launching Freeview, she became Executive Director of Magazine Publishers Australia and then General Marketing Operations at Telstra. Robin moved back to media in 2015 as Chief Operating Officer at News Life Media and then co-founded Karus Consulting. She was also an Advisory Board Member at Wellthy.net.au.

Robin was a respected and popular marketing and media professional.

Commenting on her career David Fox, Chief Executive, Australia of The Ogilvy Group said: “Robin and I worked together in the early 2000’s. A time when agencies were pure-play boys’ clubs and senior female leadership was around the same numbers as the unicorn population of Sydney. Robin, however, didn’t take crap from anyone and her intellect and razor-sharp wit would put the best of them on the back foot. Young females wanted to work for her and clients wanted to learn from her.

“I know many women around the world today who thank Robin for what she not only taught them but also what she showed them through her actions, determination and ideas. A genuine and real person who got things done no matter the barriers that stood before her.

“Robin was a hugely respected leader who never shied away from a difficult task, difficult people or difficult conversations. She was hard working, focussed, driven and fun to be with. We had many a long lunch or late dinner talking about how we could fix the woes of the world. I even flew her to London to help me on a pitch because I knew it was worth it.

“Taken from us too young and with still so much energy and a continued and relentless passion to make things better. So, thank you Robin, farewell to you and thanks for everything – it was far too short but one hell of a ride. Godspeed my friend.”

Guy Meldrum, Regional Director, Asia-Pacific and Middle East at British American Tobacco (one of Robin’s key clients when at Ogilvy & Mather) said: “Robin worked with BAT Australia for over five years whilst at Ogilvy & Mather.

“She was hard working and determined to deliver excellent results but I will mostly reflect on her leadership and I personally will always remember how good she was at building trust with clients, encouraging a collaborative approach that still had plenty of scope for challenge but was always with a ‘one team’ psyche.

“Very few agency leaders build their talent and the clients’ team too. She was ahead of her time.

“Of course, she also had the right balance, so there were plenty of fun times were had with the teams.”

Nicole Sheffield, Executive General Manager, Community and Consumer, Australia Post said: “I admired Robin as an industry colleague for many years before I had the great fortune of working with her. She was always a light with her blinding smile, good humour, quick retorts and passion – so much passion, for media, TV, people, consumers and marketing.

“She was an unusual creative because she loved the detail. So together we created some fabulous products and programs and thanks to Robin got them in on time and on budget!

“When we first met it was at an industry function, I was working at Foxtel and she was CEO of Freeview, so naturally our early interactions weren’t easy. By the nature of our roles we should have been frenemies but that never lasted long and moved from friendly banter to mateship quickly. She was always up for a laugh and a good natter about content whether it was a morning walk, a coffee a lunch or an industry event after work.

“We first worked directly together when she was Executive Director of the MPA and I was a board member and she brought in systems, processes and knocked on doors like the powerhouse she is! Putting us back on the map. Then we worked extremely closely together when I was CEO NewsLifeMedia and she was COO. We worked hard and we had fun. Robin knew how to have fun. Robin knew how to collaborate like no other and always took people on the journey.

“The world has lost a truly beautiful person, I have lost a friend, a mentor and a great chick. Media and marketing are a wonderful industry that attracts all sorts of creative, crazy and passionate people who care. Robin was one of the best of them. Let’s celebrate her short yet incredible life with laughter and love like she did every day she lived.”

Chelsea Wymer, Robin’s long-time friend and business partner at Karus Consulting, said: “Robin and I have worked together many times starting back in the early 2000’s at Singo’s. Our friendship quickly blossomed as we worked closely together on BAT where we got to travel the world. She showed me her version of Hong Kong and I got to share with her my beloved New York. We even took a trip out to Bensonhurst to show her the crappy 5-floor walk-up I lived in back in the 90s next to a drug den bodega. We came back together at Freeview in 2008 and at News Corp again in 2017. We then started Karus Consulting a few months before she became unwell.

“We were complete opposites, I was more about the creative and she was more about the numbers, but it was a genuine combination that really worked! We complemented each other. Robin had phenomenal strategic skills, was well considered, thorough and diligent. But she was also exceptionally genuine. She truly cared about the people she worked with and for. She was generous with her time and understood the value of being well networked and connected and invested accordingly.

“Robin was an amazing boss and mentor teaching me so many valuable leadership and strategic skills. But most of all she was a wonderful, smart, engaging and funny friend. I’m going to miss talking to her 15 times and day, in fact, I’m not sure what I’m going to do without her.”

Rochelle Burbury, Principal at Third Avenue Consulting, said: “I first met Robin and her good mate and colleague Chelsea at Freeview when they approached me to help build the Freeview brand. I liked Robin straight away – her no bullshit, calling a spade a spade and her incredibly brilliant strategic mind and leadership prowess – made for a great professional relationship. We also worked together at the MPA, to help put magazines back on the map. Our working relationship quickly grew into a firm friendship and I will always treasure our girls’ dinners, lunches and drinks – with Robin’s sharp wit, raucous laughter, huge sense of fun – and no industry stone left unturned during our ‘off the record’ conversations!

“Robin was a rare gem in this industry – genuine, caring, funny and smart – and I will miss her terribly.”

“Robin has always been one of these active supporters since 2004, seeing the potential in and understanding the important role the Foundation plays in supporting disadvantaged cancer patients in the community, even when the Foundation was still in its infancy. Robin was such a good connector of people and immediately set her network into play, allowing us to engage with many skilled professionals who help to support us in all sorts of ways. Robin became a cheerleader for the organisation. An ambassador. A generous financial contributor and most importantly a dear friend. Robin’s smile lit up the room and her laughter was infectious. We will miss her dearly.

“If you’d like to contribute to the Nelune Foundation in Robin’s memory, you can do so by clicking here.”