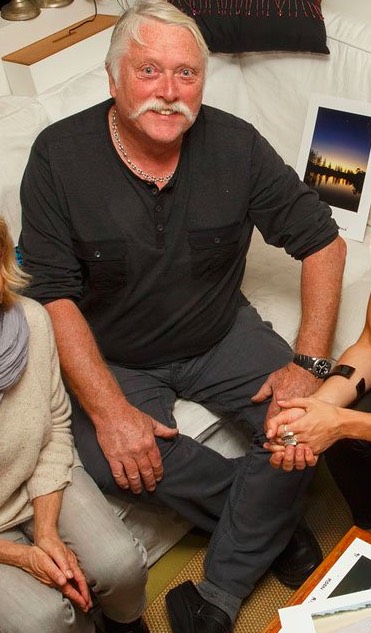 When the ‘Pommie Invasion’ was in full flight back in the 70s and 80s it wasn’t just the imported writers and art directors that were lifting the standard of creative work in Australia, it was the back-up troops they brought with them. Directors, producers, retouchers, illustrators, typographers and of course a group of high quality photographers. Billy Wrencher was one of that group. Billy and his producer Wife Ouida, made an excellent team – that together made their mark on advertising at the time.

Billy was a real East London boy. He worked as a gravedigger and then made the logical transition to photography.

He got a job as David Bailey’s assistant, which apart from being excellent training was an eye opener on life. He moved on to assist Tony May where we worked together in Portland Mews, Soho when Soho was Soho, The barrow boys used to set up their stalls in the mews every morning, and the banter, colour and characters were an education in life. The Mews also became a popular agency football pitch. Billy was an excellent black and white printer in the days of dark rooms he transitioned from being Tony’s assistant to a photographer within his own right in Tony May’s studio.

Billy loved a bit of mischief. Another assistant used to come into the studio every day with his beautifully folded umbrella. One day Billy filled the umbrella full of flour and folded up the umbrella immaculately. Apparently the assistant got to the busy bus stop and it started to rain. He opened up his brolly and the rest of the bus stop had a story that they’re probably still telling.

Billy and his family moved over to Sydney in the 80’s. He successfully blended into the Sydney photographic community and also started directing. Peter Cherry, who he had frequently worked with as an art director in London when he was at CDP, asked Billy to join his production company, Ibbetson Cherry.

He directed the well known ‘Pro Hart’ spot that Cam Blackley recently selected as one of his favourite TVCs. Whilst still directing and doing stills, he moved up to Byron about 20 years ago, setting up the acreage with coffee plants. Billy and Ouida wanted the kids to have somewhere to live and also keep the family together, and that is how it has turned out. Billy’s mantra was ‘don’t let the bastards grind you down’ and he was an untamed spirit till the end.

He died of cancer and is survived by his wife, Ouida, 2 sons, Charlie an artist and Luke an awarded builder and 6 grandchildren. A life well lived.