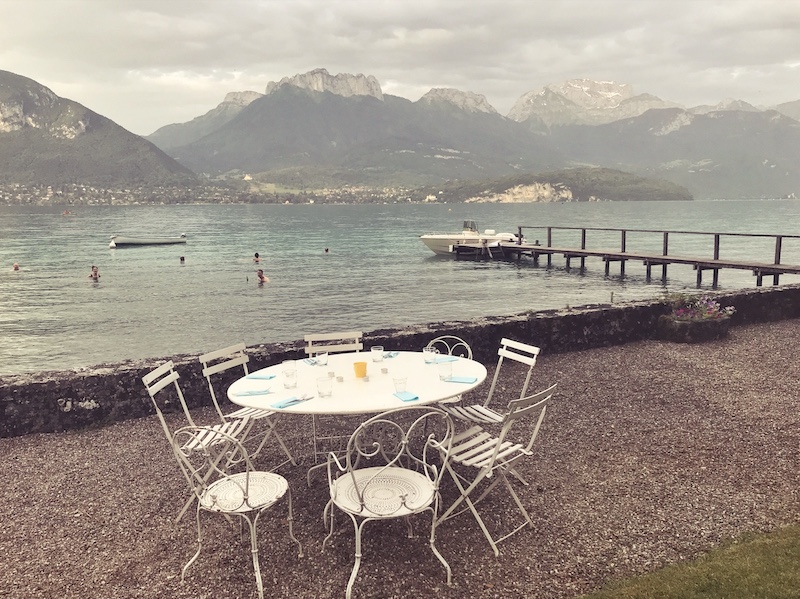 The Unlisted team share their faves from the 2021 Annecy Animation Festival.

This piece was supposed to open with an envy-inducing pic of our Parisian directorial pals from Eddy, standing by the gorgeous Lac d’Annecy (pictured), or perhaps happily imbibing wine and scoffing cheese. Alas, they all got food poisoning, so the bit where you find out about the ‘in-person’ part of the festival is not to be.

The 2021 Annecy Animation Festival was a hybrid affair – 5000 in-person delegates, and the remaining participants attending online. The hotly anticipated festival, considered widely to be the most important of the calendar, saw a huge rise in participation from around the world, matching the global increase in demand for animated content over the past year.

Gender-diversity, unsurprisingly, was front-of-mind. The festival was one of the first to sign the 2018 50/50 charter for gender parity, and Annecy is making great inroads towards that target. The biggest event at the festival is the Women in Animation World Summit, and just under 45% of the officially selected films this year are from female filmmakers. Similar progress has been made across the festival, with women representing over 40% of the key speakers and 50% of the masterclass hosts this year.

With ever-widening participation and interest, the unveiling of incredible new talent and such exciting progress being made – Unlisted can’t wait to see what the 2022 festival holds. Hopefully Unlisted can be there in-person.

A few of the team rated their 2021 festival faves:

Kade Robertson, junior producer
“It’s always hard to pick what to watch in a festival, but the thumbnail for Mom (director: Kajika Aki) grabbed me, and the synopsis sold me – dystopian world… surveillance cameras… someone running for their life – perfect. I loved the design, it has all the indie graphic novel vibes; a duo-toned palette and graphic line work. I thought the animation was really strong, and captures some pretty intense emotions in a sophisticated way. I also really liked the soundtrack, which adds to the tense, sombre tone.”

Monaliza Ziba, production assistant
“In her surrealist short film, Divare Chaharom (The Fourth Wall), Iranian director Mahboobeh Kalaee takes the audience into the throes of family dynamics as told through the innocent eyes of a stuttering young boy. Staged entirely in the family kitchen, the boy’s imagination reconditions his mother as a washing machine and his father as a refrigerator as the trio await the arrival of a new baby – spurring a well of differing emotions from each party. Perhaps the poignance of this piece is captured best through the experimental techniques that Kalaee uses. Weaving animated objects with 2D illustrations creates an off-kilter atmosphere where the worlds of fiction and reality are blurred with consideration. This is culminated in the fight sequence between mother and father, where physical glassware is thrown and shattered as a shaky-cam records animated tears and drops of blood. The result is an epic burst of imagery – an unearthly deep-dive into familial disparity. Despite such intensity, Kalaee succeeds in showcasing the moments of playfulness and creativity that a child can bring to any given circumstance, reminding us all that the darkness never lasts too long.”

Adrian Oostergetel, head of CG
“I had three stand out favourites this year. Tío (director: Juan José Medina) is a short film with beautiful stop-motion visuals and excellent pacing that leaves you wondering what will happen next and really tugs at the heartstrings. The cinematography in particular I found really beautiful, and the characters were extraordinarily detailed and full of emotion.

“The Shaman’s Apprentice (director: Zacharias Kunuk) is a slow paced, stop-motion animation with lovely visuals, beautiful animation and two main characters that carry the story and keep you interested throughout. The long scenes, and beautiful pacing of the dialogue add to the emotion and wonder of the film.

“While I didn’t find the animation style of I Gotta Look Good for the Apocalypse (director: Ayce Kartal) the most beautiful, it was the most emotional. It takes a very interesting look at what an awful and difficult time the lockdowns have been for many people. The stark contrast between the empty world outside and the virtual worlds that many people spend their lives in was both sad and confronting.”

Check out the rest of the festival, here.