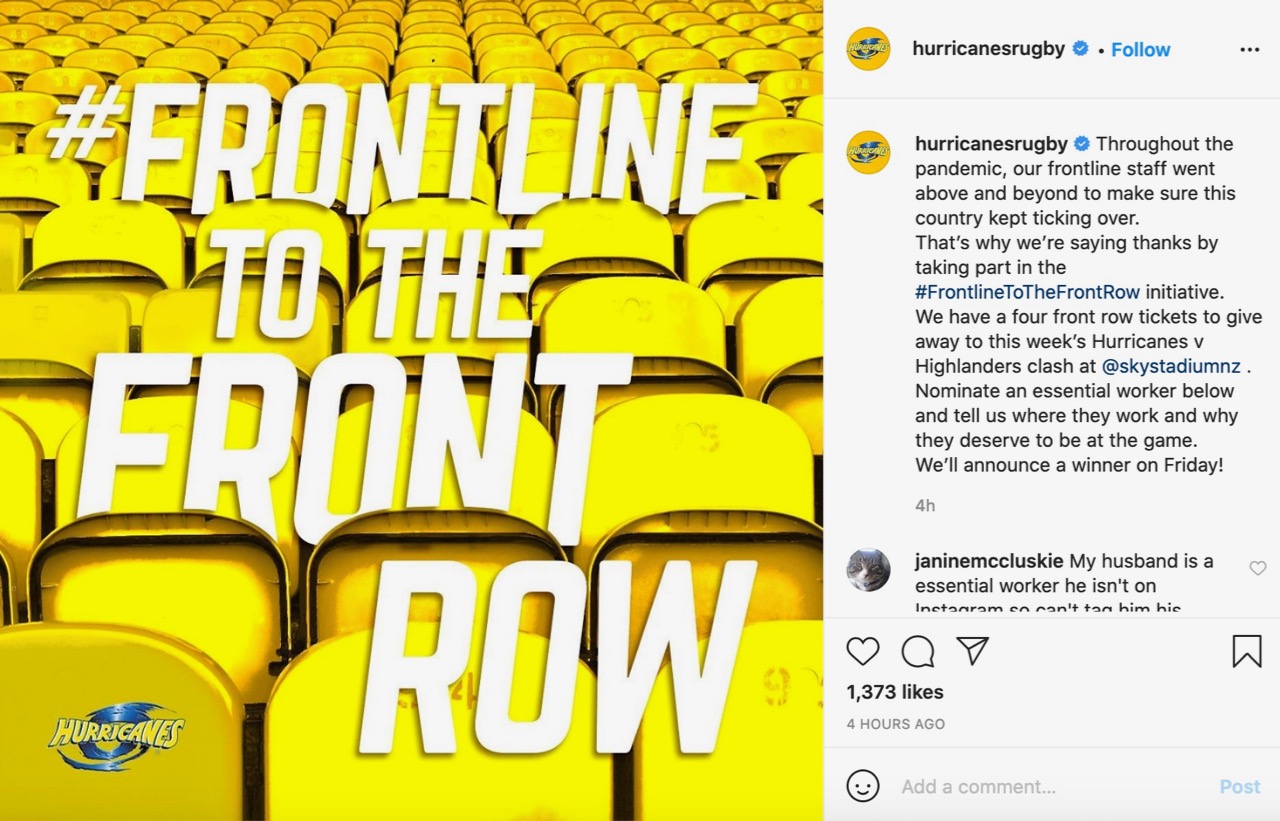 The social-led campaign, which asks fans to nominate frontline workers for front row seats, has been live across the Super Rugby competition in NZ since June.

Says Simons: “Frontline to the Front Row kicked-off with the Auckland Blues, who were big fans of the idea from the start. Once we had them on-board, the Highlanders, Hurricanes and Chiefs were quick to follow.”

“The campaign has been incredibly well-received by the fans, leading the Blues to continue participating for every home game and the Hurricanes giving away over twenty front row seats.”

But the campaign almost didn’t happen.

Says Richards: “We initially pitched the idea to the English Premier League via UK PR agency, The Romans, but after being told that packed stadiums won’t be happening here anytime soon, we turned our attention to the Kiwis.”

To bring the campaign to life, the two creatives relied on a helping hand from their friends.

Says Richards: “Two copywriters trying to put a pitch deck together isn’t a pretty sight, so we were lucky to have a bunch talented mates in London, Hong Kong and Sydney willing to get involved.”

While the campaign started in New Zealand, the two creatives hope that it reaches a much wider audience.

Says Simons: “We’ve already been in touch with several Australian Super Rugby teams, who are keen to get involved when the time is right. Having said that, we hope that the idea can keep spreading and turn into a self-sustaining movement, because frontline workers all over the world deserve the red-carpet treatment for everything they’ve done.”

For more information on the campaign, please visit: https://www.frontlinetothefrontrow.com/ 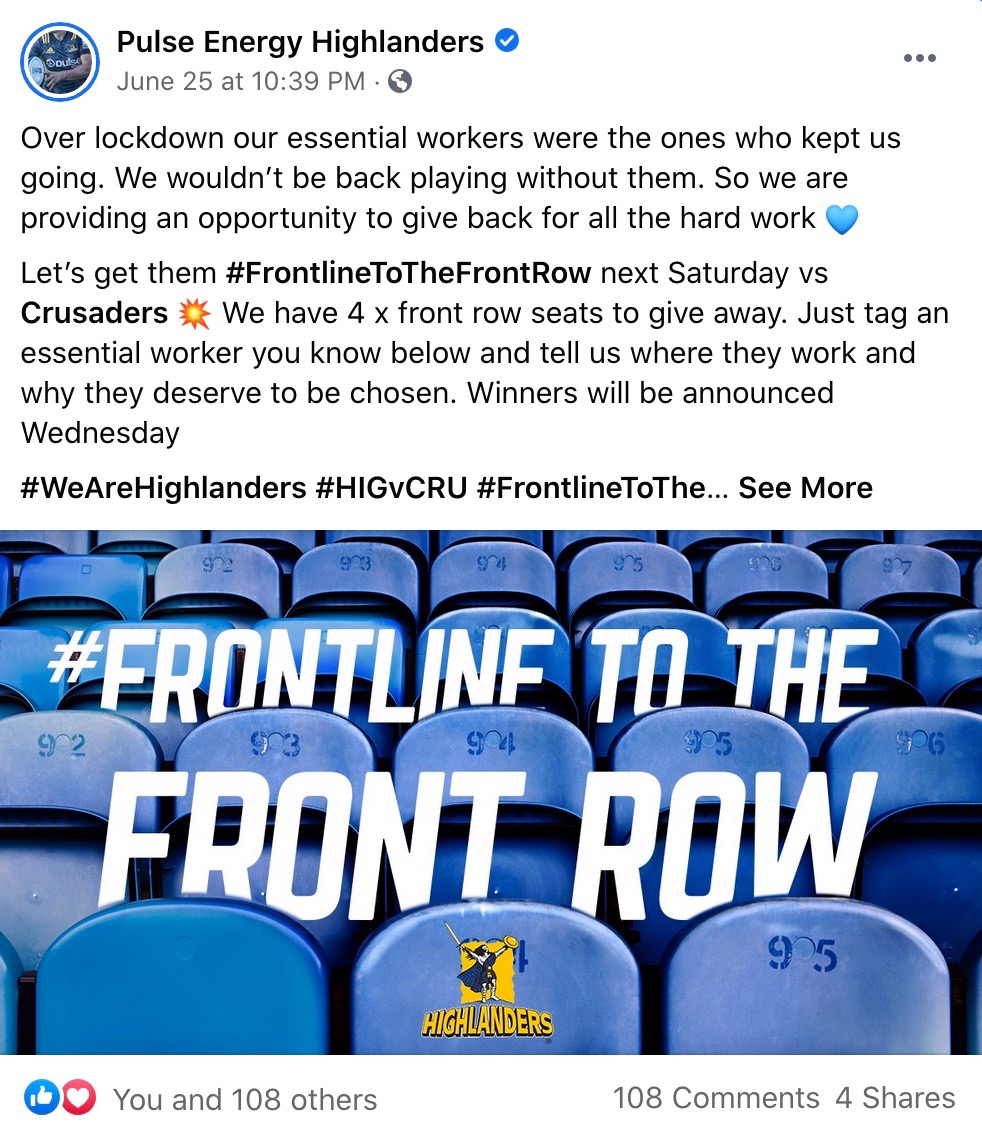 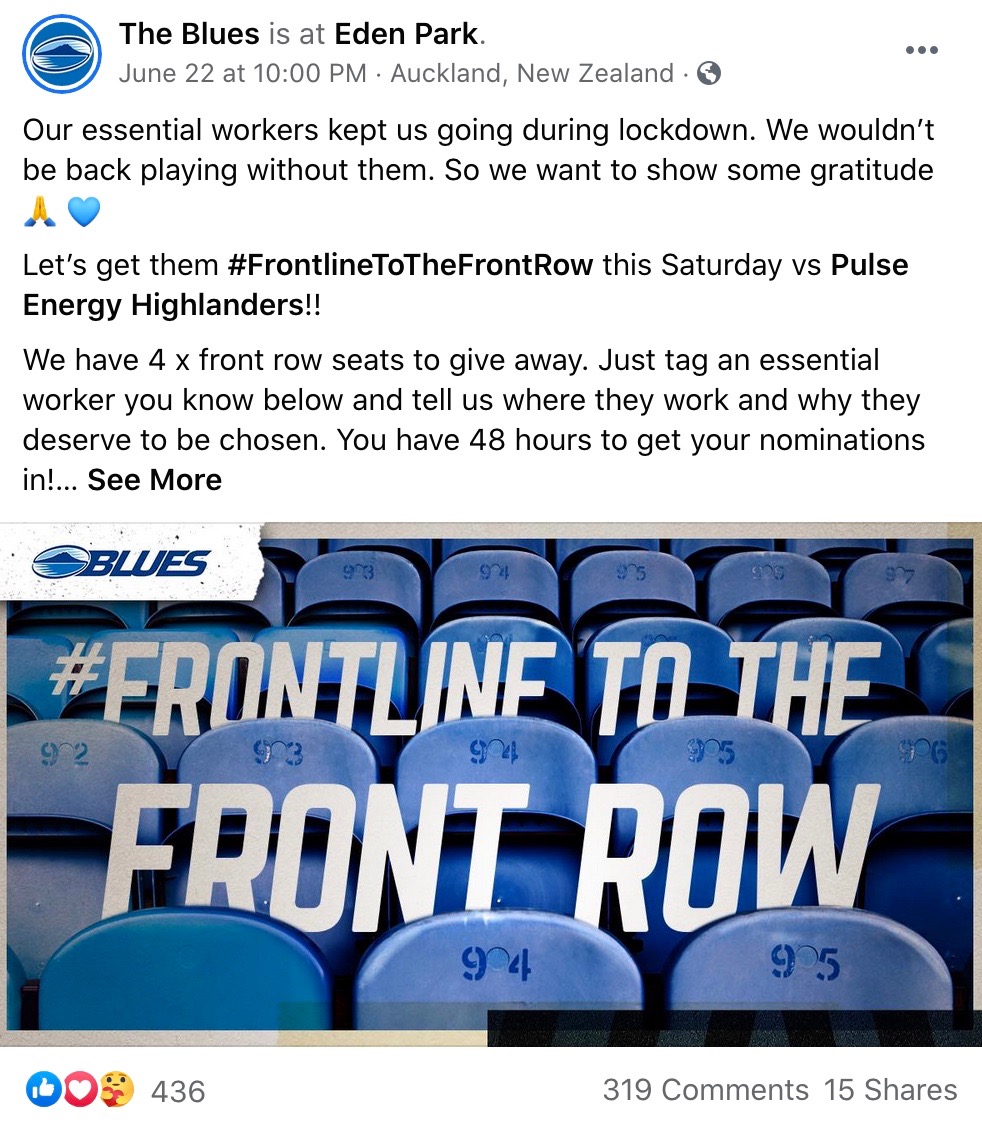 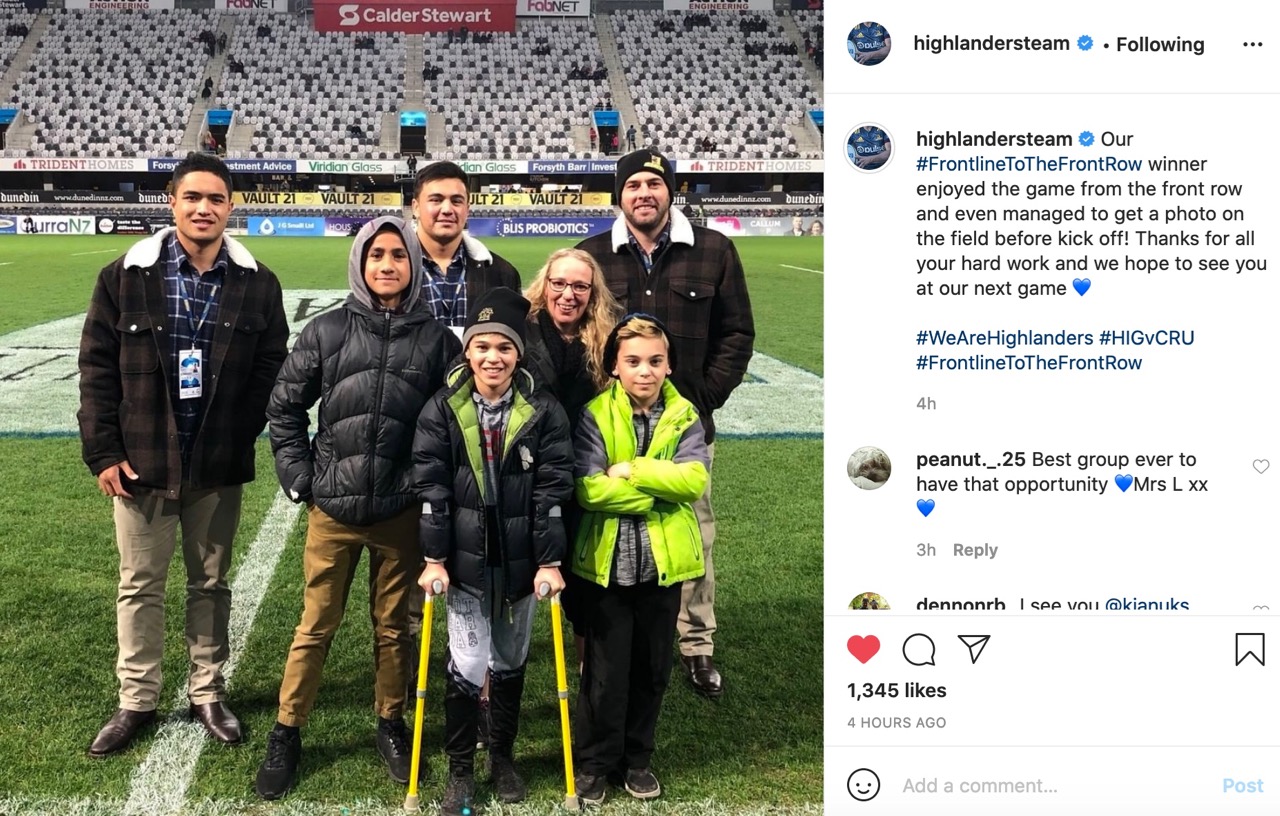 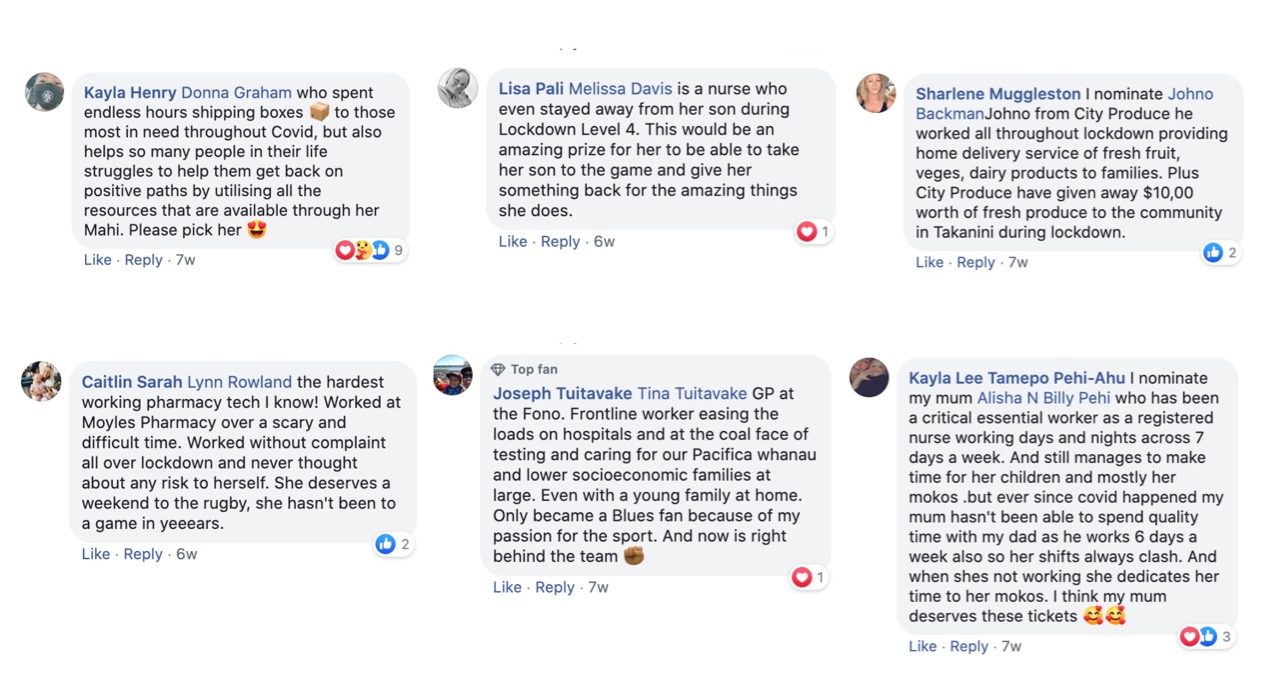