Technology platform Uber Eats has launched a new brand platform ‘This Calls For’ via Special Group, to celebrate the company’s move towards offering more merchant categories like grocery, alcohol and personal care in Australia.

The integrated campaign endeavours to increase awareness of the new categories by creating scenarios and moments which allows the brand to become synonymous with ‘in the moment’ every day needs.

The integrated campaign ‘This Calls For’ includes seven TVC spots which will be released incrementally throughout the campaign period. The first two spots ‘Promotion’ and ‘Pizza Date’ feature a series of scenarios that call for products to be delivered, in the moment, including getting a promotion and ordering a pizza that’s missing the pineapple.

The brand campaign will air across Australia on channels including TV, social, digital, radio, and OOH.


Says Lucinda Barlow, senior director and head of marketing APAC at Uber: “Until now, Australians have often had to wait until the next day to get groceries delivered which required a whole lot of forward planning – something which is increasingly hard with the unpredictability of life in 2021. We’ve all discovered the real skill in navigating life today is making the most of now, without missing a beat. With groceries, alcohol and more on the platform Uber Eats helps you get anything you need, whenever you need it and this campaign brings that everyday convenience message to life.”

Says David Griffiths, head of marketing, Uber Eats ANZ: “We’re proud and excited to launch our latest campaign driving awareness of grocery and alcohol on Uber Eats. It’s one of our biggest, boldest and most complex campaigns we’ve ever launched. A six month project in the making where we deliberately selected and partnered with some of the best in the business to stretch the brand into real world scenarios that Uber Eats can now help solve for. The campaign is made up of a wide suite of content delivered across traditional, digital and social media.  A big thank you once again to our friends at Special Group.”

Says Julian Schreiber, co-chief creative officer, Special: “This campaign deliberately sets a completely fresh tone for Uber Eats, signposting the new categories including grocery and alcohol delivery for the brand. Having said that, it uses so many iconic aspects of ‘Tonight I’ll Be Eating’, which will continue to live on as the overall brand platform – such as the bold announcement to camera and doorbell. We hope ‘This calls for’ becomes just as memorable for Aussies.” 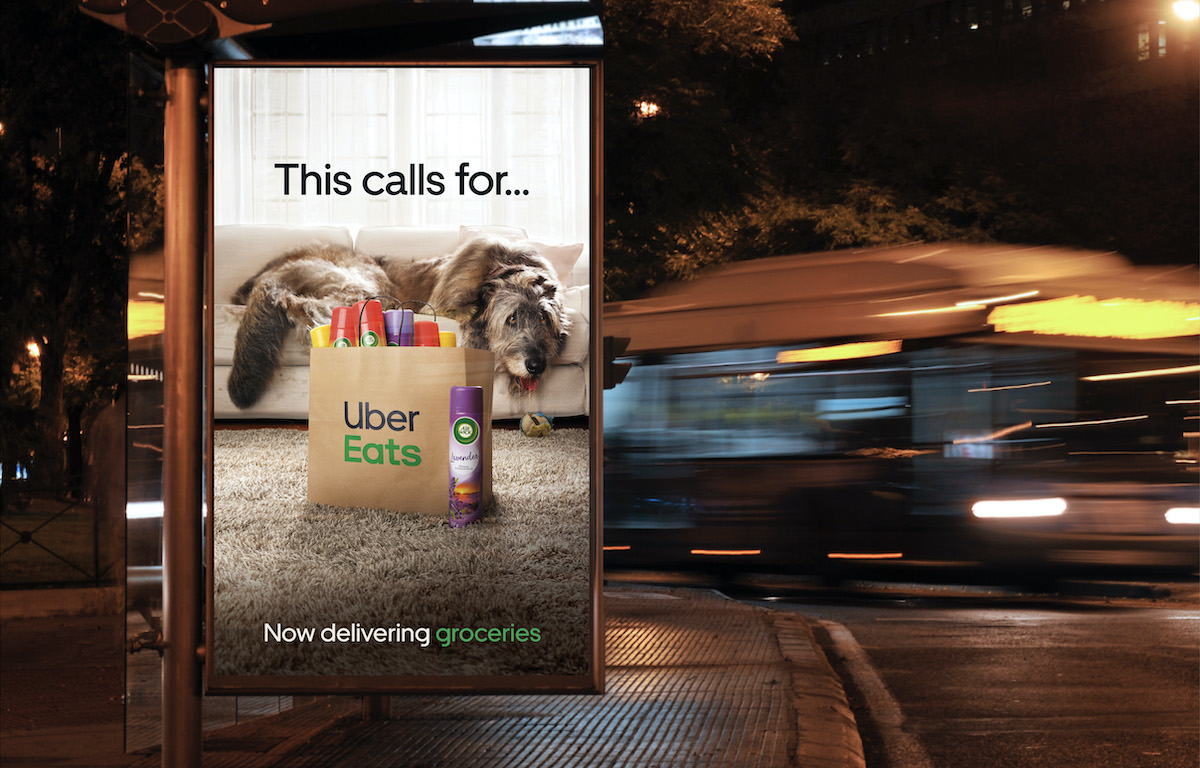 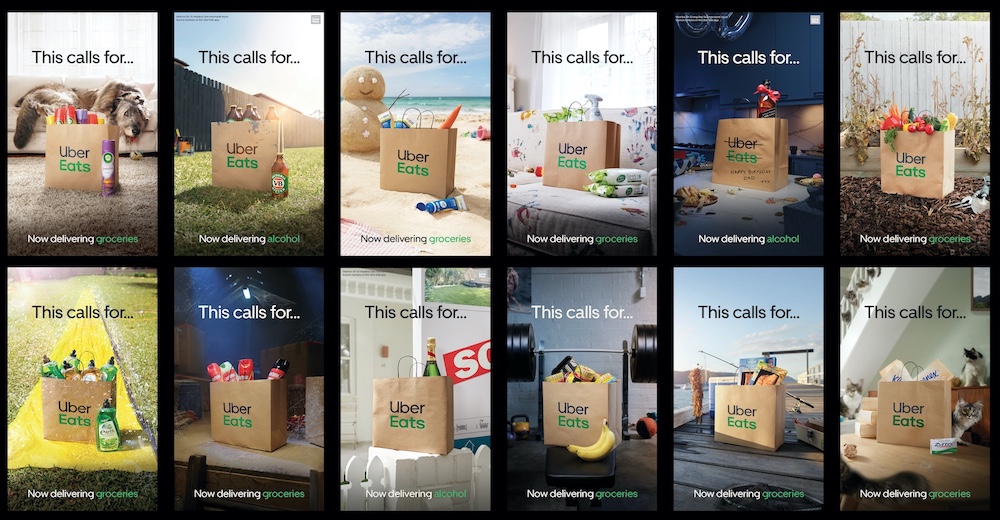