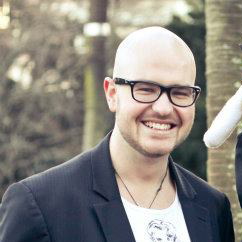 Over time, younger ad kids coming out of university have talked to me about getting an internship. Some have asked for tips and other times I’ve candidly thrown my two cents at them like a passerby to a street busker.

Either which way, during my time studying and working I’ve picked up a few tips and walkthroughs that I think can be very helpful to the clueless intern, the timid junior or even the unsure fish-out-of-water worker.

1. As soon as you’re settled, find the appropriate person and ask for a list of the agency’s clients. As an intern, there’s a chance you won’t see a lot of work for a first couple of days as you’re introduced to the agency and its culture. In the meantime, pick a client from the list when you have nothing to do and come up with some ads for them with your own SMP. This shows that you have initiative and you add value to the agency. Paul White (Head Lecturer at AUT) told this to me toward the end of 2009, and I’ve lived by it ever since.

2. Any proactive work you do during the week, compile together and show the Creative Director at the end of the week. You’ll look amazing if you can make this a regular thing. This shows the CD directly that you’re always thinking and don’t waste time. If any of it is good, you’ve got some work to go in the portfolio (GOOD), or gets run (AWESOME) or may even be award winning (CRAZY AWESOME).

3. Before doing proactive work for the agency’s clients, do a quick round of the creative department and introduce yourself (if you haven’t already) and ask if you can get in and help on anything anyone else is doing. An agency appreciates a hungry intern. It gets you more relaxed and familiar with the other creatives too and you become more approachable to one another.

4. Be talkative, smile and be approachable. Make sure people know you’re there. A small agency I once worked for took in a couple of interns who kept to themselves most of the time. After a month, the CD still didn’t know their names. In an agency with only 6 people in creative department, that’s awkward.

5. As an intern, NEVER (without permission) drink the last beer/wine/spirit from the bar (if you’re lucky enough to get into an agency that has one). Psychologically, people tend to dislike whoever takes the last of something. Also, it can be perceived as a bit of a smart-ass thing to do. I found this out the hard way. I once drank the last of the whiskey at one agency and this news was quickly spread and was received with mild distaste. The senior copywriter even went as far as to make it a new rule and wrote an amendment to the agency induction document.

6. Unless work is beating down on you like a drummer in an African tribe, always take up the invitation to join people from the agency for lunch or after-work drinks. Get to know everyone outside of the office. Who knows? You may make some industry friends and (if you’re a swell person) some solid contacts for later in your career.

7. Get comfortable, but not too comfortable. It’s great if you’re one of those people who can easily adapt to a new environment, but careful not to rub others the wrong way with it. There’s a fine line between a cool intern who’s settling in nicely and cocky shit new kid on the block. One time, I was playing pool with the agency Managing Director and we were giving each other banter, as you do. He made a stab at me being fired if I won the game and I, in jest, made a remark along the lines of “Please, you need me.”

To which he replied after a pause: “Sorry, who are you?”

This was also a joke, but with serious undertones. Got me thinking. Always pack yourself a slice of humble pie for lunch.

8. When invited to sit in on meetings, contribute. ‘Sit in’ generally means sit there, listen and learn about what’s going on and you’re not really expected to speak up. Show your enthusiasm by diving into the work and getting involved.

9. Know that you’ll be working long hours. Expect it. Be pleasantly surprised if they let you go home at 6pm. It helps to inform your family, friends, boyfriend/girlfriend.

10. A rule of thumb with most workplaces if you’re interning is to be there before your boss and leave only after he/she does. Special circumstances aside.

11. If it’s 6pm and there’s nothing for you to do, stay. I mean, this job is mostly about long hours, you may as well start practising. Pull out that client list.

12. Know that agency life will be exciting and magical for a first weeks, maybe, if you’re awesome, it’ll last a month for so. But sooner or later, the cherries, rainbows and fairy bread will dissolve and it’ll be crunch time and there’ll be tension and a sea of shit to swim through. But there’s always land ahead.

13. Always check and confirm all meetings, no matter how minute, with your CD. For one, it’ll show that you’re on top of things and you’re proactive about your work. Also, a CD’s schedule is dramatically hectic and dynamic. Don’t be surprised if the number of times a meeting is postponed gets into the double digits.

14. You’re never too busy. Having said this, be sensible. Take on all work opportunities that come your way, but there’s a point where you go from juggling multiple briefs to being ridiculous. Plus, as an intern (and in some cases a junior), you’re hardly in any position to turn people away.

15. The receptionist is the gatekeeper of all things in the agency. She orders the new stationary, she keeps the taxi coupons in her top drawer and she picks the beer brand and biscuits to stock the fridge and fill the jar with. She loves gossip, talking about her (and your) day and dogs or cats or horses or possibly all three. And she loves doing favours for people who are nice to her. Most importantly, she is not, by any measurement, below you in any way. Give her the respect she deserves.

16. Some of the more stressed workers in the agency (usually the creatives) would argue that it is not in fact a good morning or something that even resembles a pleasant evening. But wish them one anyway.

17. If you’re going to complain about trivial tasks you are asked to do as part of being an intern, don’t trust this to someone within the agency. It’s never a good look, no matter how much they empathise with you. Always be modest in this respect. And never, NEVER describe a task as “tedious” when someone has the gentle kindness to inquire how you’re doing.

18. The pay will be shit. Deal with it. In my opinion, this is a test of your passion (and budgeting skills). If you can’t survive on the paycheck you’re getting, get a part-time weekend job.

19. Sooner or later, you’ll hit the metaphorical fork in the road where you decide whether or not to get involved in the office politics. Try to avoid for as long as possible. If you do, remain as impartial as possible.

20. Office gossip: collect as much as you want, just don’t be the source of it. It’s fun, I’ll admit, but not worth the crappy consequences. You’ll be surprised at who’s loyal to who and who’s connected to who.

21. Attitude is everything. A smile when people enter your office is loved. A groan or a sigh when brochure/mailer work is given to you is not.

22. Careful about the bosses you try to impress. You’ll have two. The Creative Director and the Managing Director. In a large agency, you’re probably not going to have much to do with the MD but in a small agency, you’re likely to run into him/her now and again. These two people will have different work ethics. Example: one CD once told my Art Director and I that he didn’t care when we came into the office, as long as the work got done. This led to a couple of times where we sauntered into the office around 11am. The CD didn’t care, but the MD raises an eyebrow to this stuff. Bottom line: who actually does the hiring?

23. Always give them more than they asked for. If they want 20 concepts by Friday, go for 40. I once heard about a intern creative team who went into a major car brand creative meeting with one idea. Try not to impale yourself on that end of the spectrum.

Dan Watson is a copywriter based in New Zealand. He’s worked with some big names in Auckland and spent a year working for an indie agency in Kuala Lumpur.