Whether it’s the almighty roar of a pagan bonfire, the hiss of a lakeside sauna, the beautiful mess of a seafood feast or the throb of a festival stage, Tasmania in winter is anything but chill. Tourism Tasmania’s ‘The Off Season’ campaign via BMF celebrates the colder, darker months, and everything weird and wonderful that comes with it.

Says Thomasine Burnap, group planning director at BMF: “The ‘Off Season’ aims to culturally redefine how the rest of Australia sees winter. It’s an invitation to embrace winter, rather than escape it. In Tassie that’s when the locals feast harder, dance longer and embrace the very wilderness that defines them.”

Says Alex Derwin, chief creative officer at BMF: “The Off Season is a way of encapsulating not just the change of temperature but the change in attitude that happens in Tasmania during winter. It’s exciting to add a new dimension to the Come Down For Air platform and we’re looking forward to seeing ‘offness’ embraced, not just this winter, but in the winters to come.”

Says John Fitzgerald, CEO, Tourism Tasmania: “Some people see winter as a time to hibernate and wait for the cooler season to end. This campaign invites Australians to get off the couch and embrace a wintery holiday in Tasmania. Because Tasmanians embrace the season like nowhere else – winter is when we thrive, get out and about seeking to be enriched, feel alive and connected.” 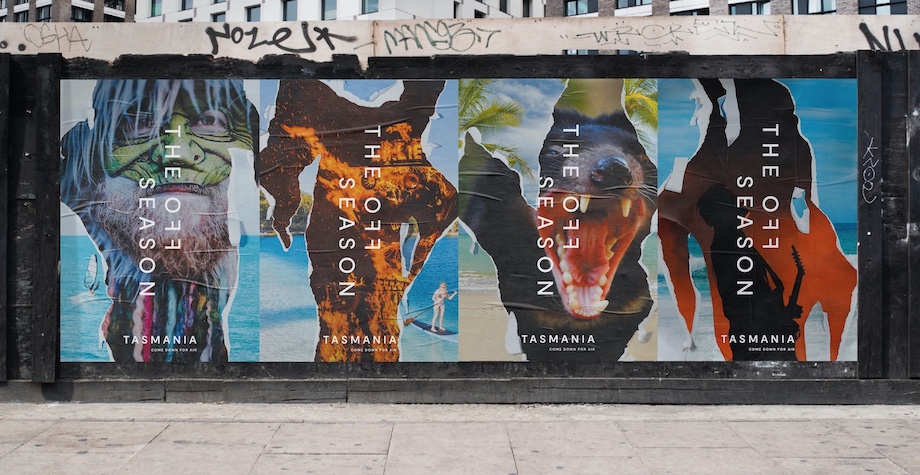 The integrated campaign created by BMF includes: TV, Outdoor, Radio, Press and is brought to life digitally by Clemenger BBDO Sydney and media buying by Initiative.