Tourism Tasmania is relaunching its brand with a campaign via BMF and Clemenger BBDO Sydney, that calls on Australians to break free from the stresses of modern life and feel more human again; an opportunity to breathe in the incredible nature, the thriving culture, or simply reconnect with yourself. An invitation to ‘Come Down for Air’.

Says John Fitzgerald, chief executive officer, Tourism Tasmania: “Amid the clutter of a busy, shouty ad break – we wanted to create an island of calm that helps transport Australians to that feeling of Tasmania. We believe we have created a unique brand narrative that brings Tasmania to life and showcases what makes it unique as a top travel destination.”

Says Emma Terry, chief marketing officer, Tourism Tasmania: “Come Down for Air represents Tasmania’s place and people. We’ve come a long way – we’re quietly confident and have no need to boast. This new brand platform speaks to who we are as Tasmanians now and invites Australians to experience a slice of our way of living, for a day, a week or even longer.”

Says Alex Derwin, executive creative director, BMF: “As soon as you step off the plane in Tassie, you get a blast of pure, clean air. Your lung capacity magically improves and the knots in your shoulders disappear. It really does return you to a more human state. The ‘Come Down For Air’ platform gives us the chance to capture and recreate this feeling across multiple channels and in multiple markets. Working with Tourism Tasmania is a huge creative opportunity, and we’re excited for the collaborations to come.”

Says Stephen McArdle, managing director, BMF: “When we first saw the ‘Tasmania. Come down for Air’ idea during the pitch process, it felt special – like the place itself. After the last few months, working with the Tourism Tasmania team on the launch, it has felt even more true to the essence of Tassie and the effect it has on the human spirit.”

The TV campaign is one piece of a large integrated campaign, supported by radio, print, outdoor and online to position Tasmania as a unique destination for travellers who need a break from the stresses of modern life. The brand idea was brought to life digitally by Clemenger BBDO Sydney, and media buying by Initiative.

Says Brendan Willenberg, creative director, Clemenger BBDO Sydney: “Come Down for Air is a brand thought with unlimited potential in the digital environment. With over 100 individual pieces of creative, it was great to partner with BMF to create an immersive ecosystem. The digital creative builds on the feeling of what it is like to be in Tasmania by surfacing a range of uniquely Tasmanian moments potential visitors can be part of on the island.”

Says Sarah James, managing director of media agency Initiative Melbourne: “Initiative has been working with Tourism Tasmania for five years and we are thrilled to partner with them on this new brand strategy. We are targeting mainland audiences that are consumed by their own ‘chaotic’ work and personal lifestyles and reaching them through the ‘chaotic’ media they consume. We want to attract their attention to the peace and simplicity of taking time to come down for air in Tasmania as a rewind and reset for everyday life.” 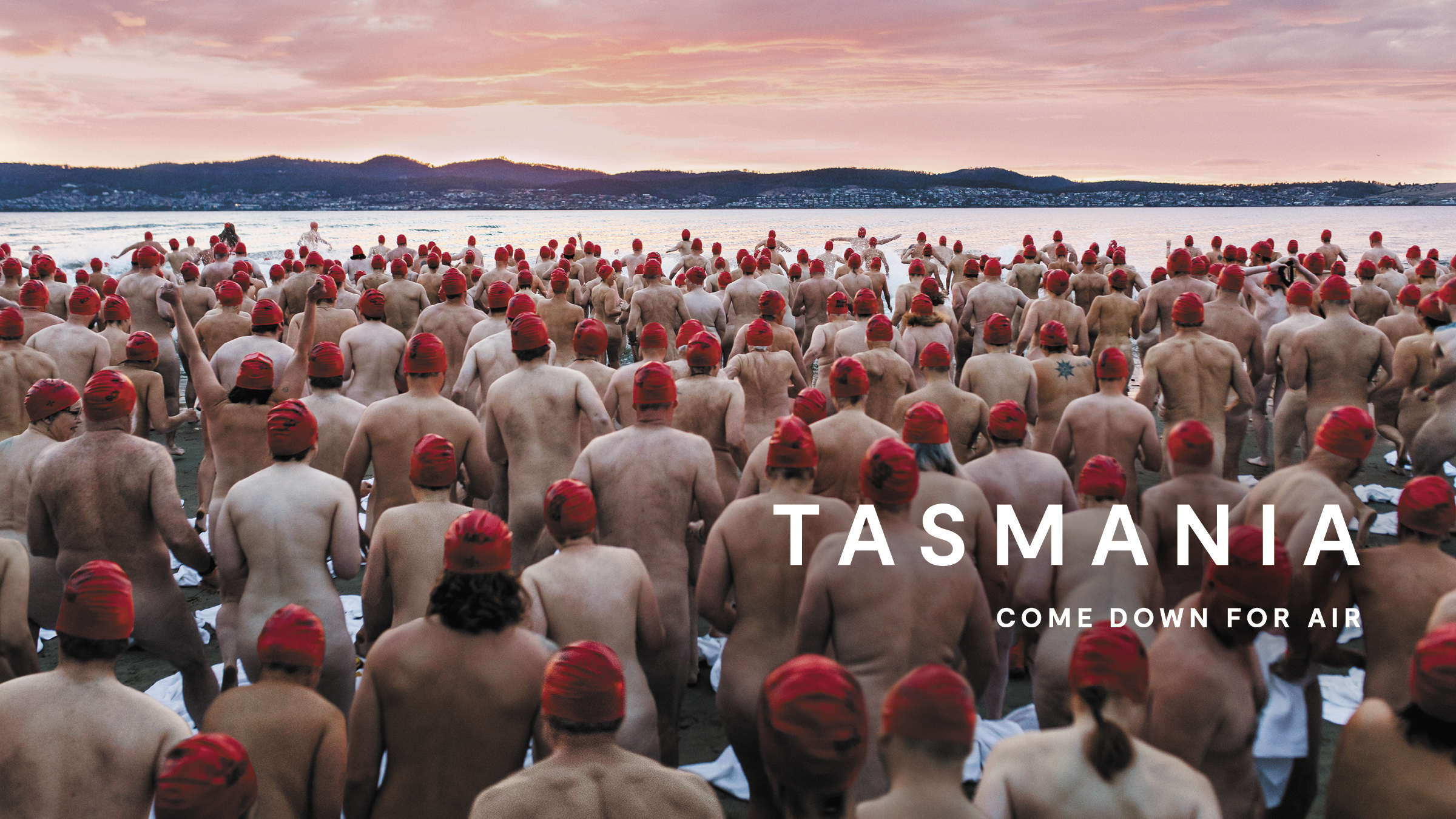 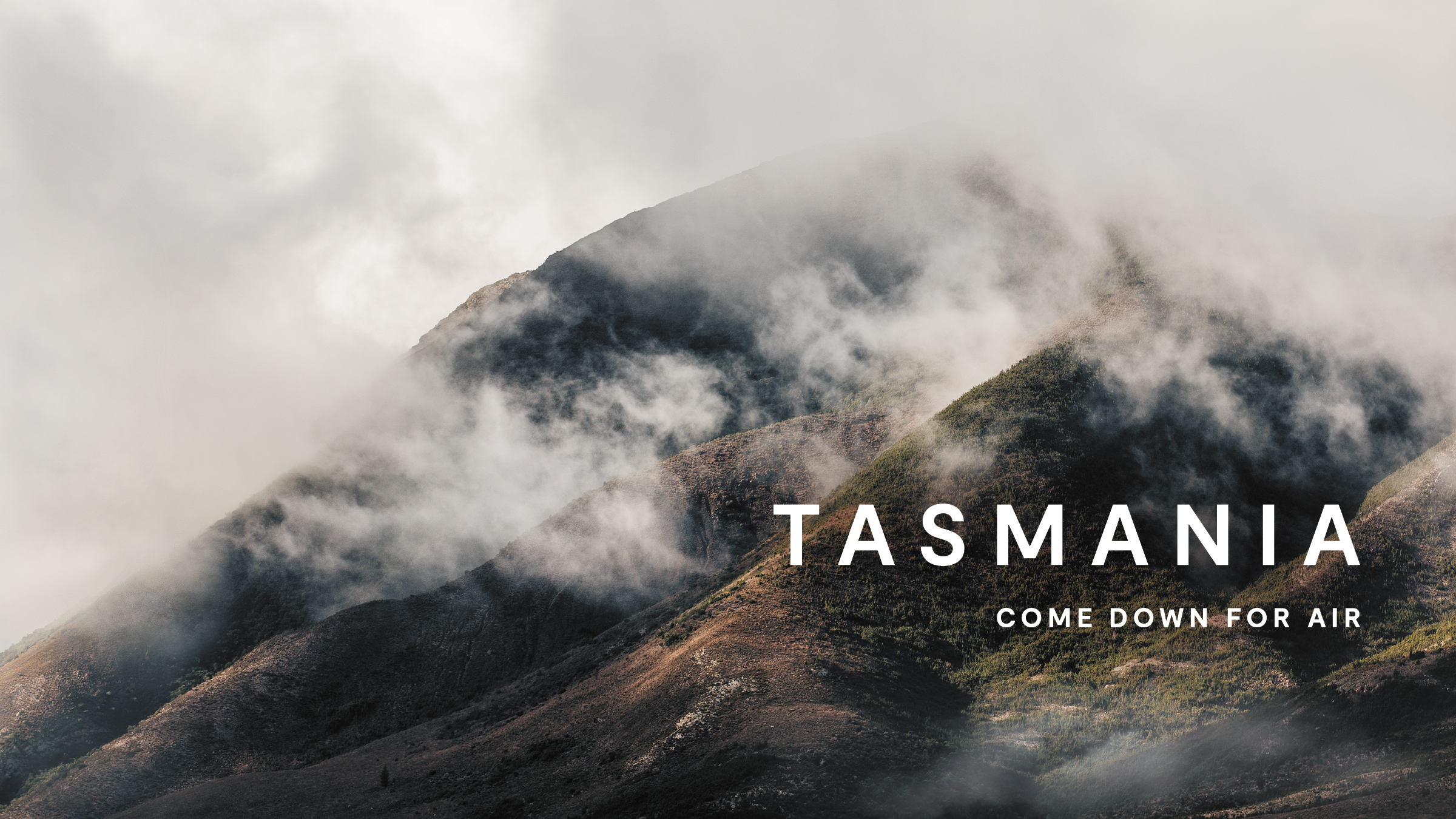 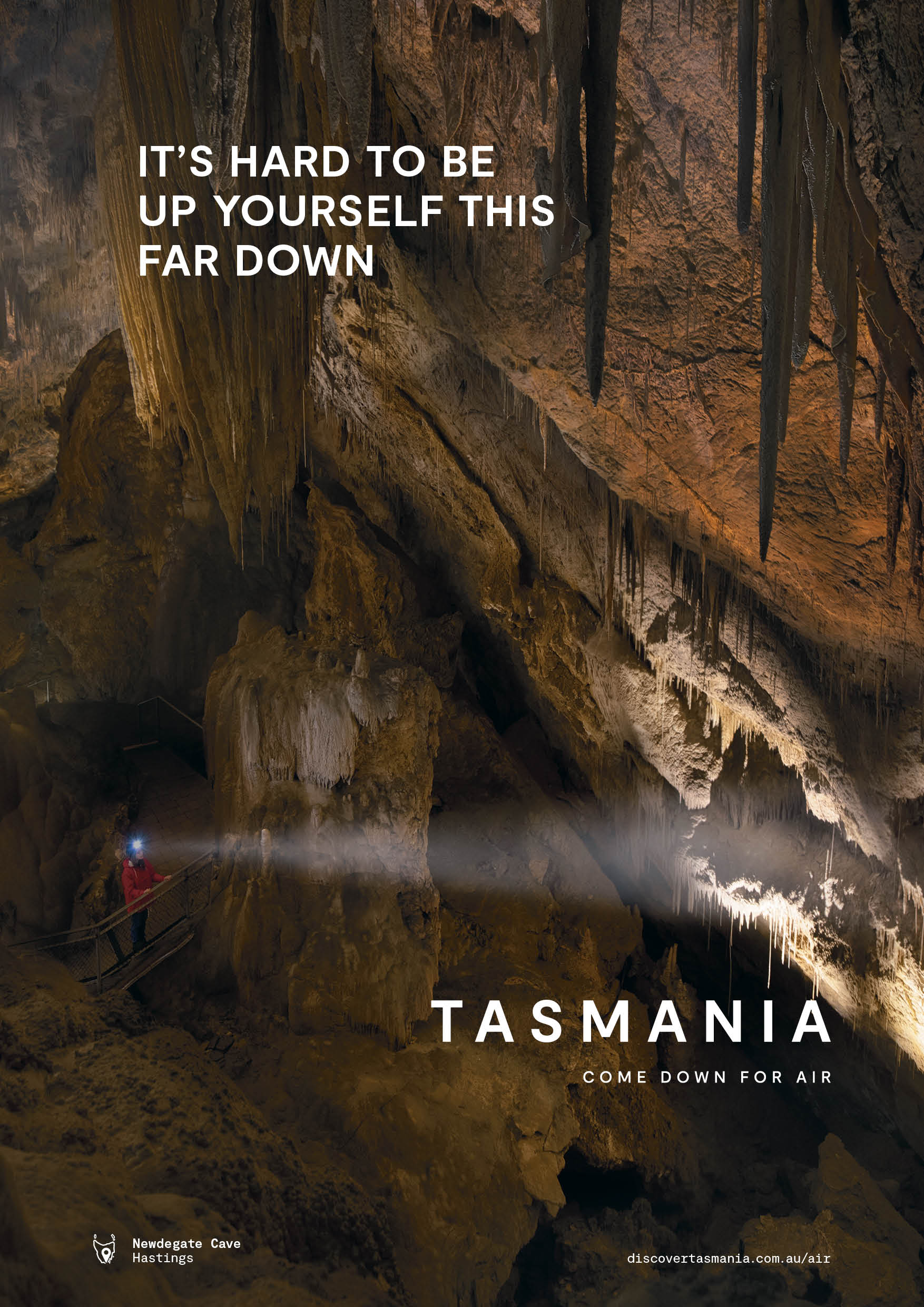 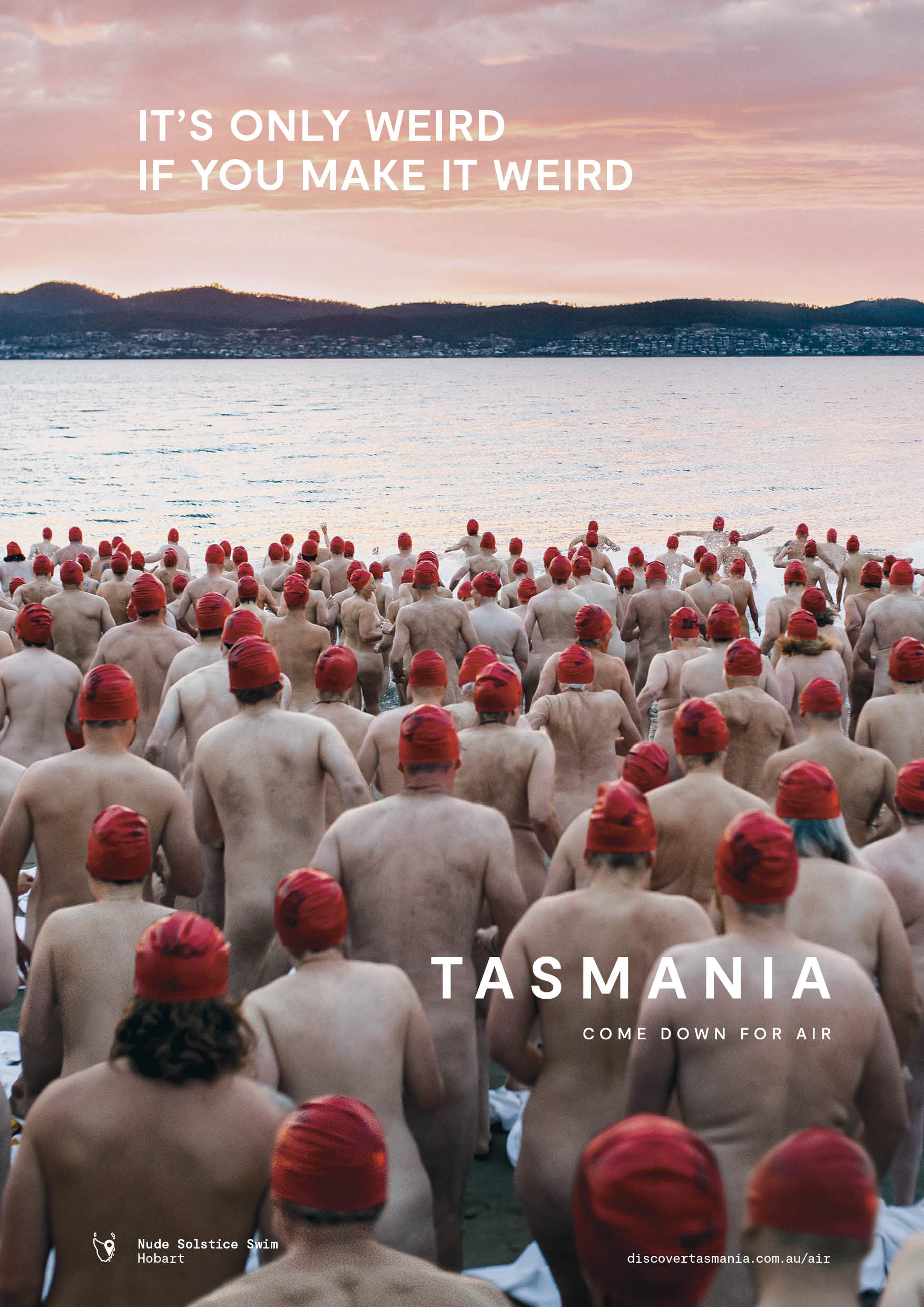