Tourism NT today announced the launch of a multi-phased marketing campaign developed by KWP!, inviting Aussies to enjoy an early summer holiday in the Northern Territory.

Australians that are fed up with the dreary winter weather, that don’t want to fight the holiday crowds in December or are simply dreaming of a warmer location for their next holiday, are being encouraged to look to the Northern Territory.

The campaign aims to take advantage of the exposure the current run of movie blockbuster trailers is receiving by featuring a 60 second tongue-in-cheek movie trailer TVC that aims to reposition the summer holiday timing in the minds of Australian consumers.

Running across cinema, TV, digital and OOH with real time weather report comparisons and supported by paid and earned media and influencer partnerships, the new campaign aims to redefine your summer holiday, highlighting the benefits of travel to the Territory at one of the best times of year.

Says Tony Quarmby, executive director of marketing at Tourism NT: “As our summer season kicks off earlier than other parts of Australia, we are posing the question, ‘what are you waiting for?’ We have the best weather, less crowds and lower prices through great deals from September onwards, so why wait until December for your summer holiday?”

Says Tristan Glover, integrated team lead at KWP! in Darwin: “With this campaign we’re encouraging our mates down south to start their summer early here in the Territory. September onwards is the perfect time to visit, with balmy days and nights coupled with our incredible events, landscapes and ancient culture, it’s time to tick the Territory off your bucket list with an early summer trip.”

Says Tabitha Fairbairn, managing director, Mango Communications: “We’re excited to shake up the idea of an Aussie summer and ignite the desire to visit the Territory during the early summer season among more Australians.” 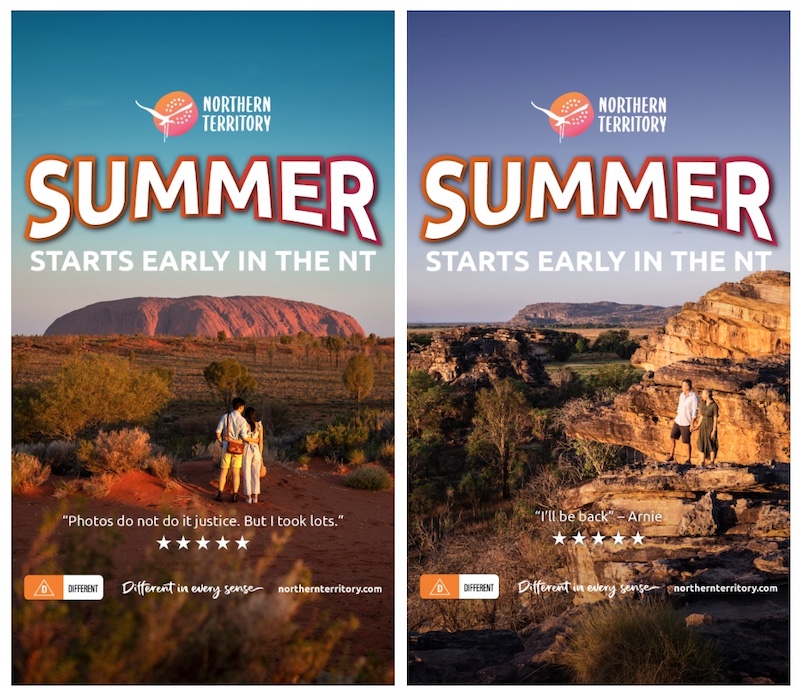 To plan your summer holiday and for the latest deals, check out www.northernterritory.com/summer.