As Australians are spending more time indoors engaging in online or virtual experiences, game usage has skyrocketed with a 75% increase since March. Designed to engage the growing online gaming audience, PLAY NZ shows off New Zealand as the ultimate place to come PLAY by gamifying the experience of visiting New Zealand.

Says Andrew Waddel, general manager, Tourism New Zealand: “We recognised there was a growing number of people craving new experiences, exploration and most of all a sense of fun and adventure. You wouldn’t think it, but gaming and travel go hand in hand, both are about exploration, wonder and adventure.

“PLAY NZ has taken cues from the gaming community, showcasing the breadth and depth of what New Zealand has to offer. Australians are inherent travellers, and PLAY NZ was created to satisfy their wanderlust, and inspire them to visit New Zealand once borders reopen. We can’t wait to welcome the world when it is safe to do so.”

The campaign kicked off with a virtual press conference unlike any other, by inviting media to join a live streaming platform, Twitch. Gaming influencer, Loserfruit, led the charge by sharing a simulated live walkthrough of her experience of PLAY NZ. The roll-out included trailer films and reviews to tease the gaming community ahead of the premiere.

Says Andy DiLallo, outgoing chief creative officer of TBWA\Sydney and Eleven Sydney: “In a traditional campaign we would barely be able to scratch the surface of all that a place like New Zealand can offer. Mimicking a game was the perfect vehicle for us to show off the many facets of New Zealand. In an open world gaming format, a new adventure is always just around the corner. This rang true of New Zealand as well, with so much to experience packed into one destination. From its stunning vistas, music, design, and adventure, all the way to the people’s humour, New Zealand has a rich culture we wanted to bring to life for all to enjoy.”

After watching the hero film, audiences are led to the PLAY NZ immersive hub where they can scroll through over 18, 180° digital tours and experiences across New Zealand.

PLAY NZ is live across Tourism New Zealand social media, playnz.com.au and is being amplified by paid, owned, trade and earned. 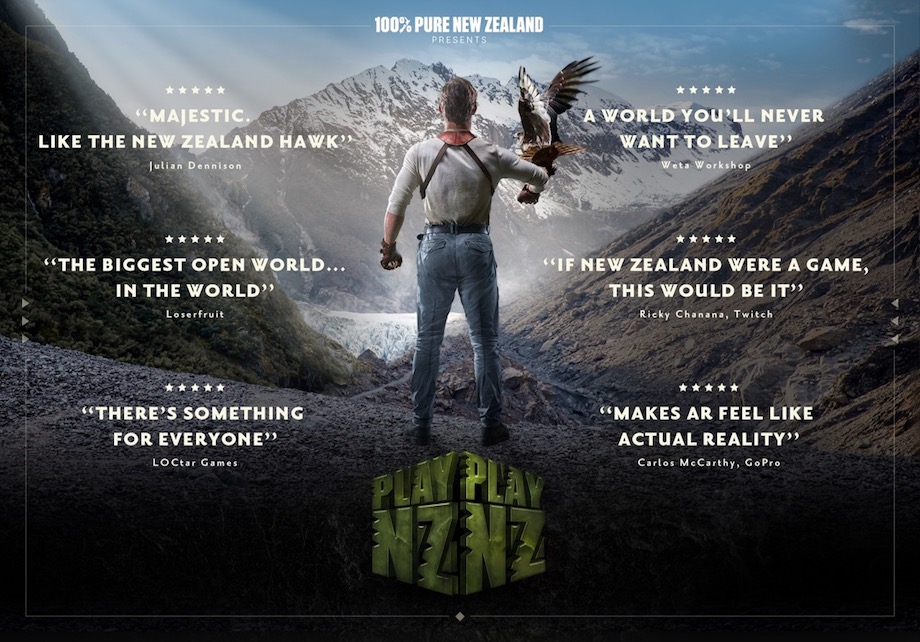 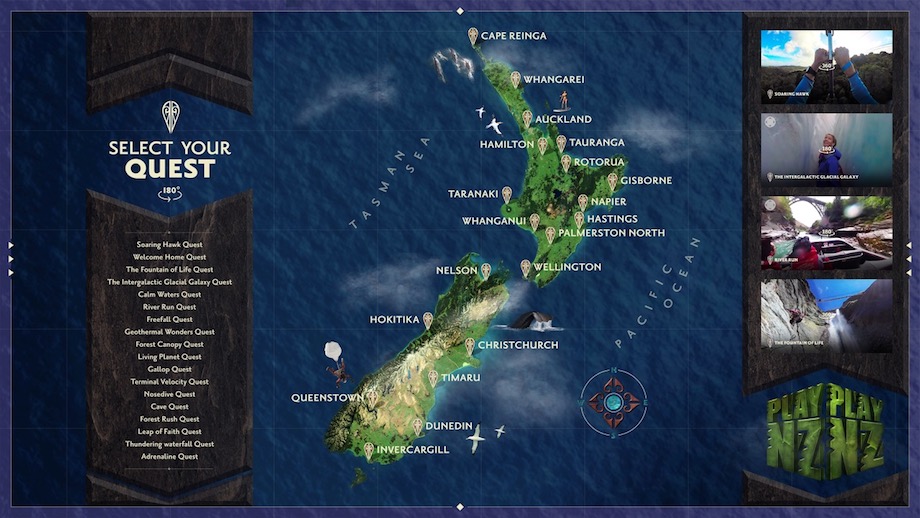