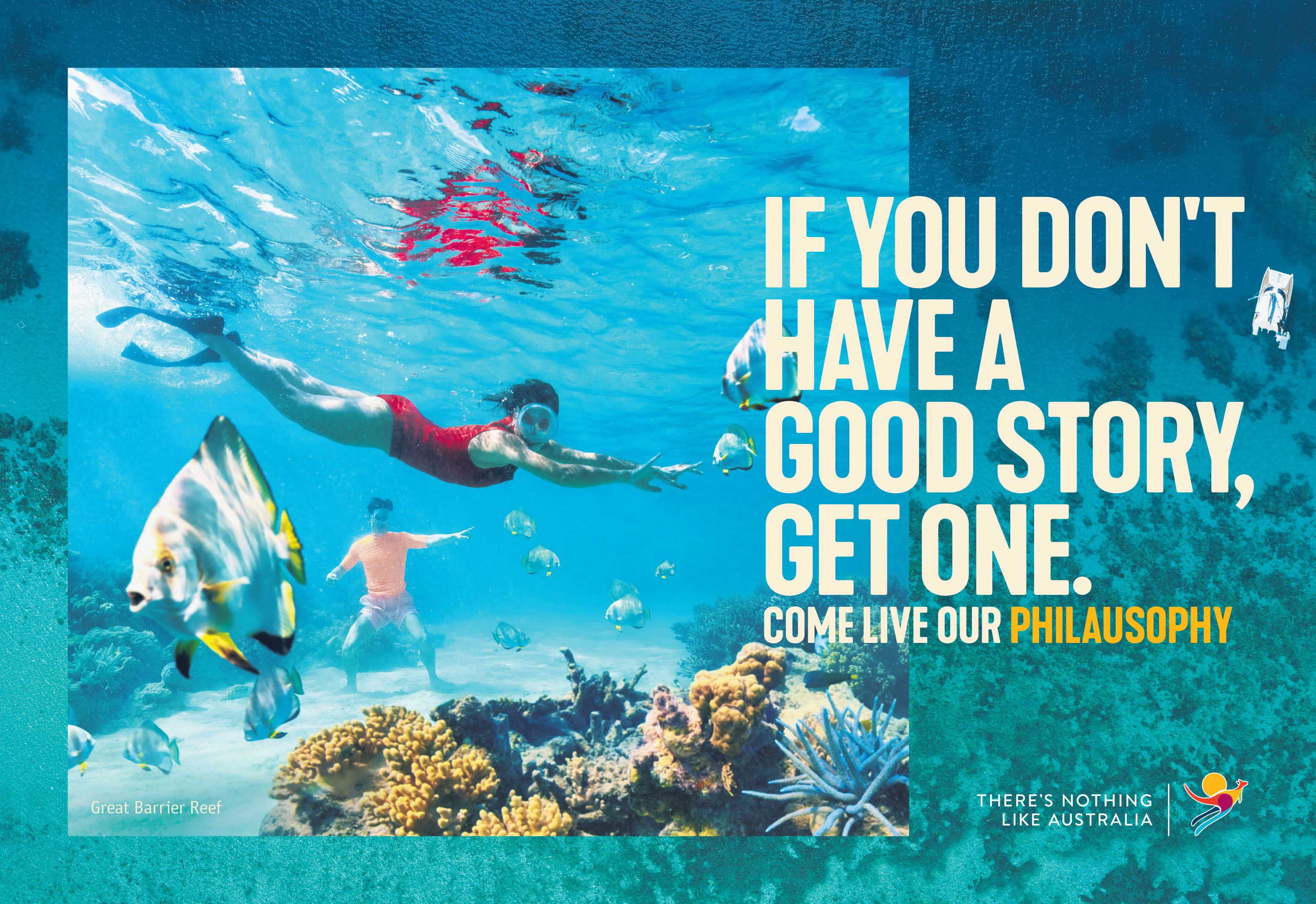 The distinct and defining character of Australia and of Australians will be celebrated in a new campaign unveiled by Tourism Australia today via M&C Saatchi Sydney, which will invite the world Down Under to experience first-hand the Australian way of life.

Key industry stakeholders were invited to a special preview of the new three-year global campaign, ‘Come Live our Philausophy’.

A deliberately Australian play on words, Philausophy aims to capture the philosophy of Australians and their informal approach to living, which research shows is highly appealing amongst visitors.

Federal Tourism Minister Simon Birmingham said Tourism Australia’s latest global campaign strategy is part of a $38 million investment that will be rolled out in our 15 key tourism markets over the next three years to attract more international tourists Down Under.

Says Birmingham: “Our $143 billion tourism industry is such a vital part of our economy and in order to grow the industry further and create more tourism jobs, we need to find new ways to sell Australia and differentiate ourselves.

“In such a competitive global market, the sell is tougher than ever. We need to stand out from the crowd and find a unique selling point that sets us apart from our competitors.

“Philausophy aims to do this by not only encouraging people to book a flight to Australia and visit our incredible destinations but go a step further and actually immerse themselves in the best of the Australian way of life.

“At its core, Philausophy, is about giving travellers from around the world a taste of what makes Australia such an enjoyable destination by shining a spotlight on the people, lifestyle and personality that make Australian experiences so memorable.

“Tourism Australia’s marketing campaigns have done a great job over the years of promoting our key destination strengths, from our spectacular coastal environments to our unique fauna and flora and our world class food and wine.

A suite of new creative assets have been developed for the Philausophy campaign, including over 5,000 new images captured across every state and territory, a series of industry videos, bespoke social content, a refresh of australia.com and Australia.cn, and a book featuring well-known Aussie icons who will have provided their own personal perspectives and experiences that help explain our unique Australian way of life. 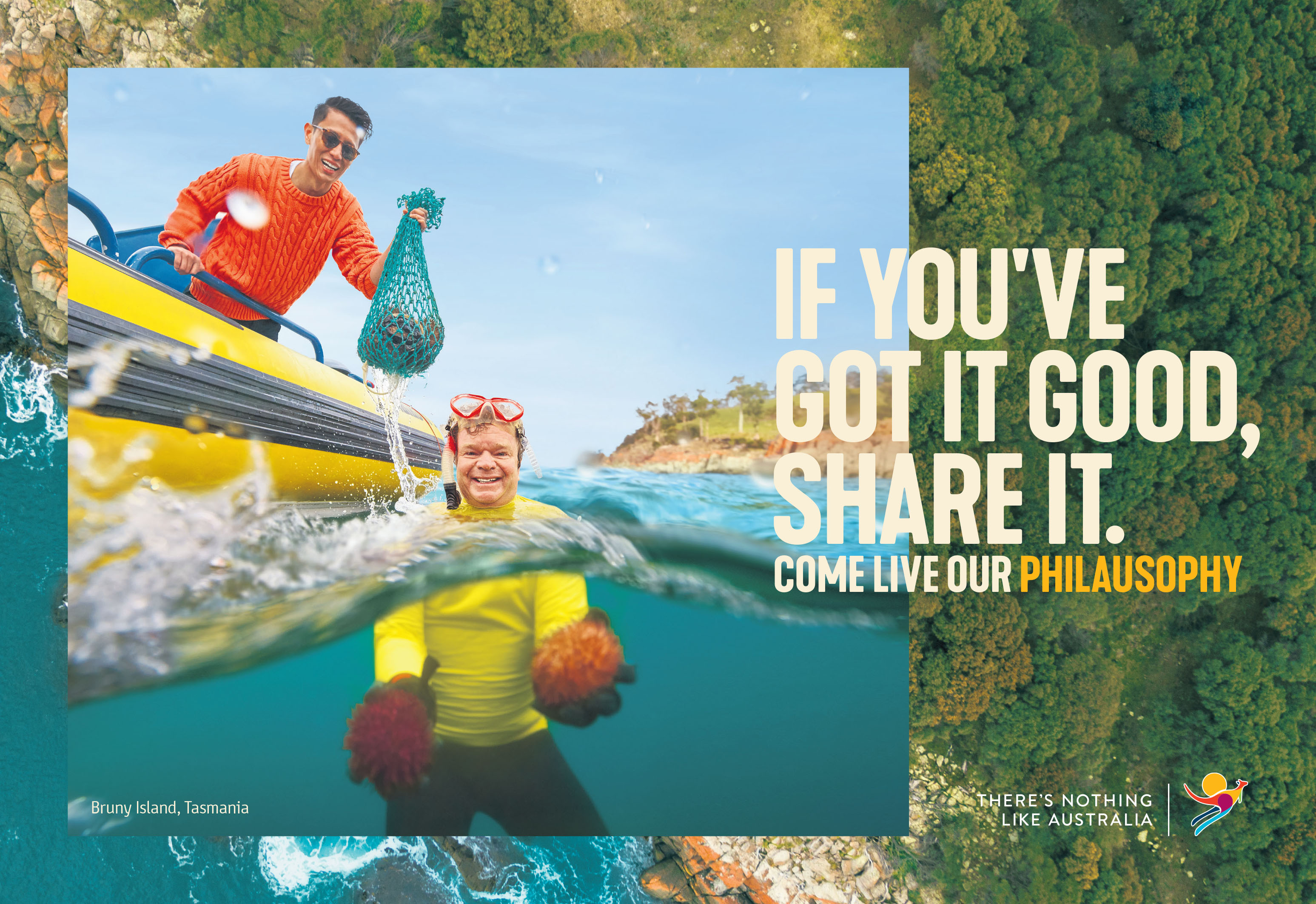 Tourism Australia managing director Phillipa Harrison said that Philausophy was all about elevating one of Australia’s greatest assets and something that we know people from around the world will travel to experience firsthand – its people: “We know from our research that 70 per cent of international travellers believe that Australians have a different perspective on life; 79 per cent believe that the Australian people are an important part of the Australian lifestyle; and 82 per cent would like to travel to Australia to experience our lifestyle.

“The Australian character and way of life has long been woven into our marketing. The journey perhaps began with Paul Hogan and Come Say G’Day. In more recent times Chris Hemsworth, our global ambassador, has been integral in embodying the Australian character for our audiences. Dundee too was all about leaning into our personality. And promoting our people is at the core of our Friends of Australia advocacy program. Our new campaign will continue to build on this narrative by inviting the world to come and live our ‘philausophy’” 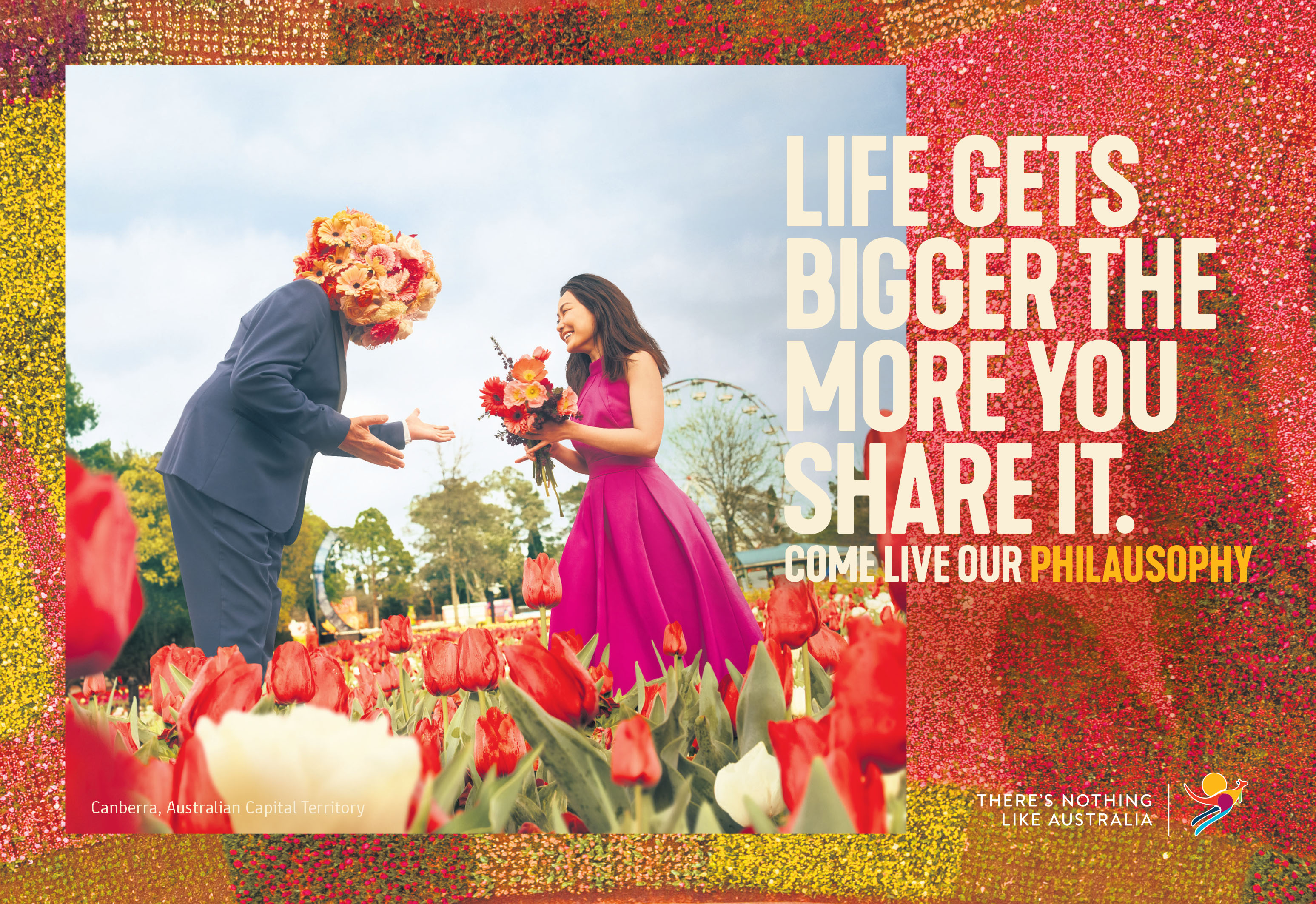 “Philausophy will be brought to life by our industry, because who better to talk about the Australian way of life than the tourism operators who live it themselves every day. Not only will they be front and centre in the campaign, but they will be pivotal in ensuring its success by continuing to be the face of our country’s tourism offering to international travellers.”

Speaking about his involvement in the new campaign, Australian actor and global ambassador for Tourism Australia, Chris Hemsworth said that Australians have something truly special to offer to the world: “To say that Australians are laid back, outgoing, and have a great sense of humour would be both buying into widely-known clichés and admitting an absolute truth. An incredible sense of adventure and an insistence on having a great time is truly born into our DNA.” 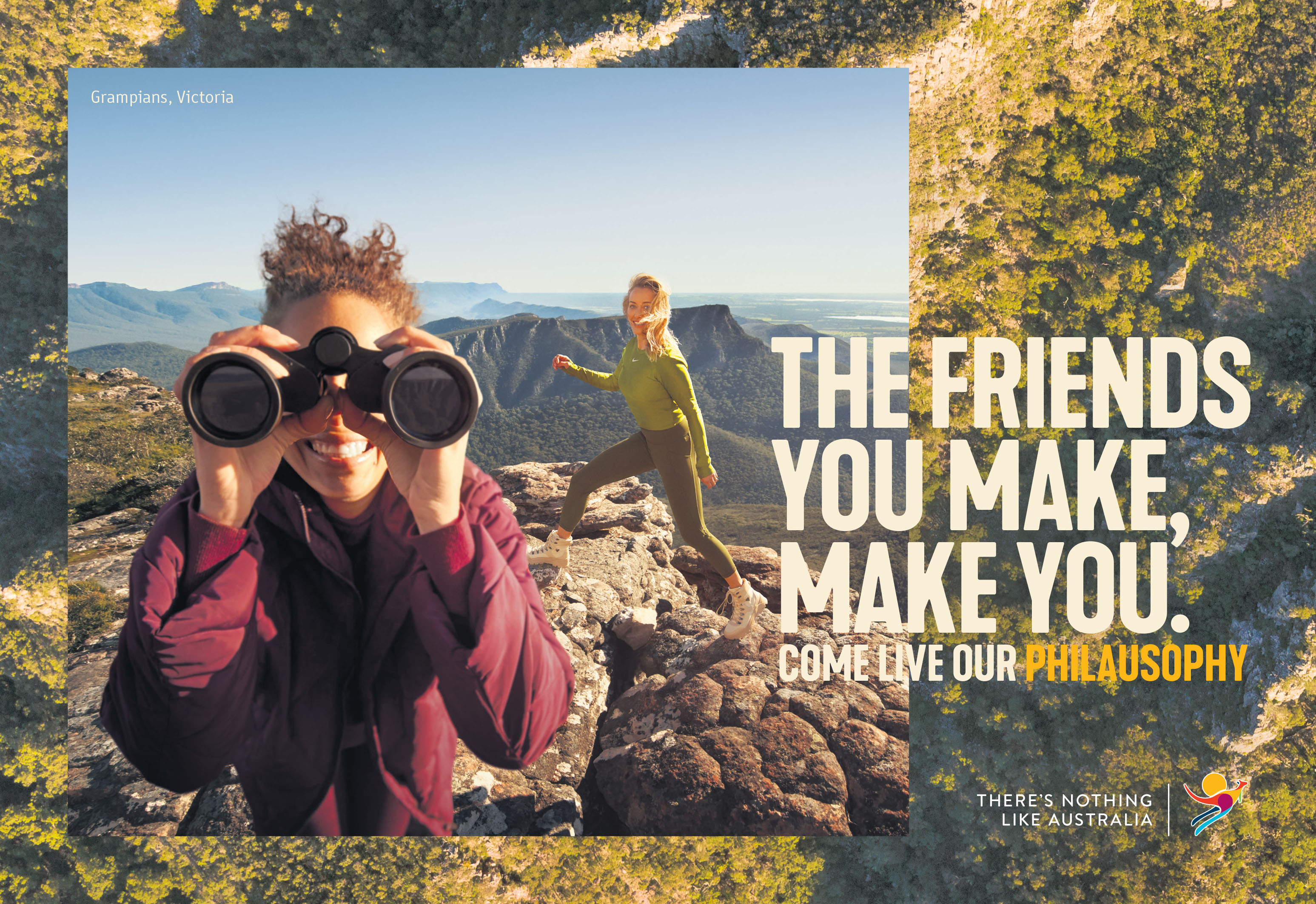 Says Cam Blackley, chief creative officer, M&C Saatchi: “Although a cute way to spell it, Philausophy celebrates the very real and unique systems of belief that Aussies have developed for not just hundreds, but thousands of years. Paired with our extraordinary landscape it’s a refreshing point of difference and incredibly fertile creative space that can and will live way beyond traditional advertising channels.” 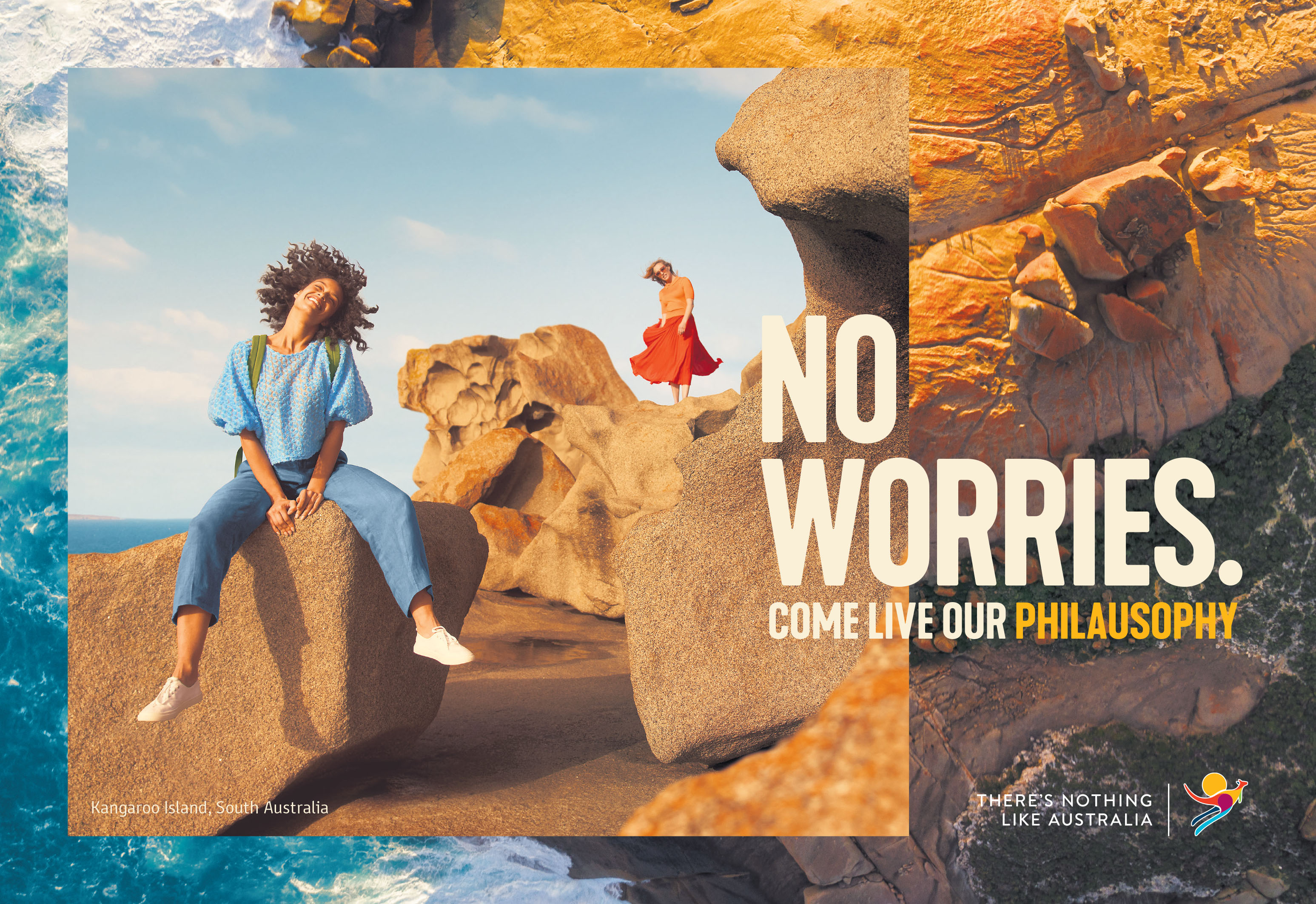 Says Russell Hopson, group managing director, M&C Saatchi: “As we all know, Australia has so much to offer the world and the Aussie way of thinking about life is a massive part of that. Philausophy might just be exactly what the world needs right now. The launch of the campaign is the tip of the iceberg – we’re beyond excited to bring it out into the light. Just like Australia and Australians – there’s always more exciting stuff to come.” 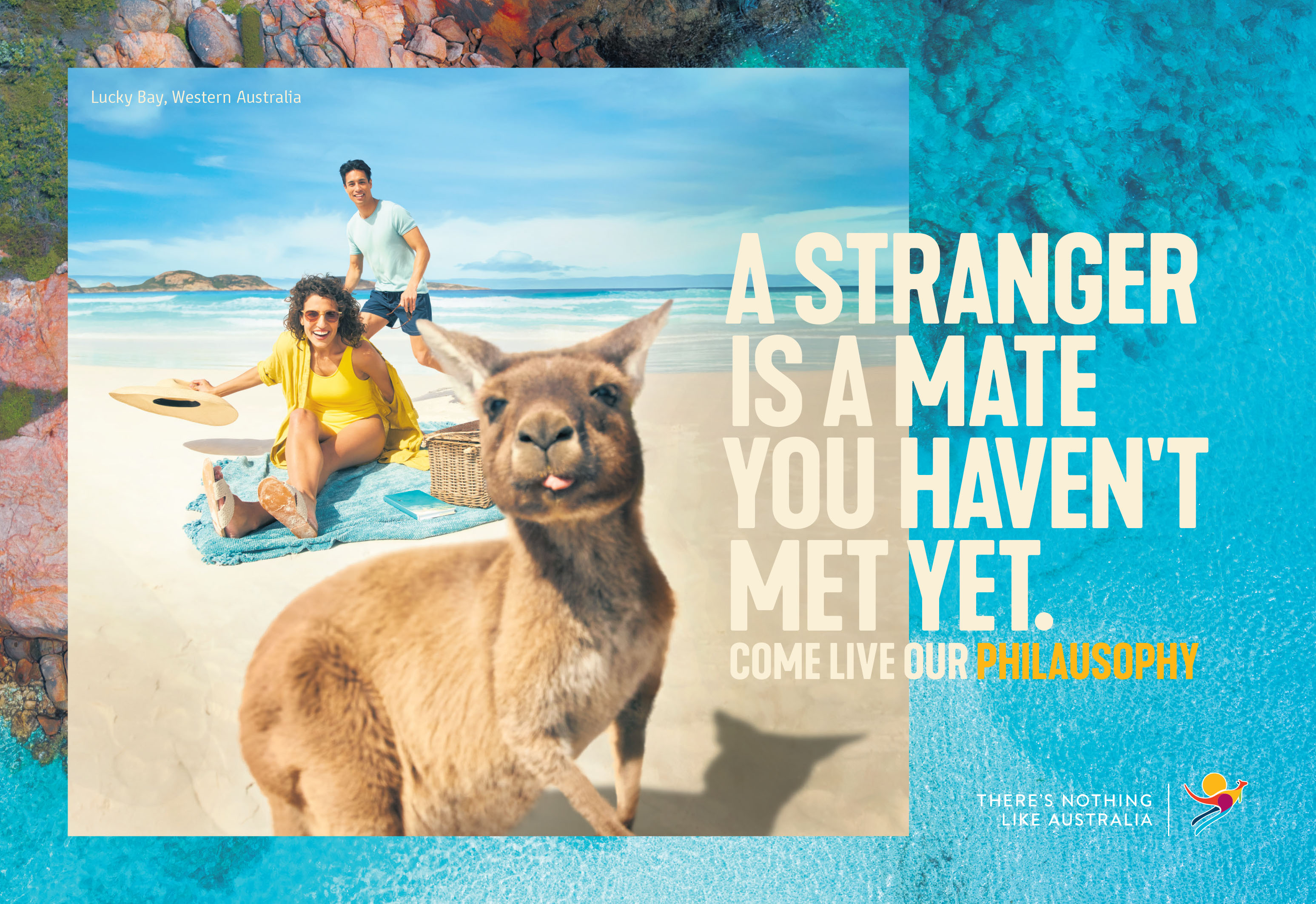 Says Sophie Bingham, general manager, UM Sydney: “Reimagining the way we invite the world to experience Australia is a once-in-a-lifetime brief. Not just what we say, but how we say it in a truly Australian way. We’re thrilled to partner with Tourism Australia on this relaunch and see the campaign come to life through our global media connections and partnerships, both this year and into the future.”

Says Simon Brock, creative director, Digitas: “It’s never been tougher to stand out in the tourism industry. Gorgeous travel imagery is ubiquitous, thanks to Instagram. Global stories are a tap away, thanks to Netflix. To cut through, you need something uniquely ownable that people want and can’t get through a screen. That’s exactly what Philausophy is – a way of life that can only be felt by visiting and exploring Australia. What I love most about Philausophy is that it belongs to us – all Aussies – celebrating something about ourselves that we often take for granted but never goes unnoticed by those who visit our shores.”

The campaign – ‘Come live our Philosophy’ – has been developed with agency partners M&C Saatchi, Digitas and UM and will start to roll out internationally in the coming months. 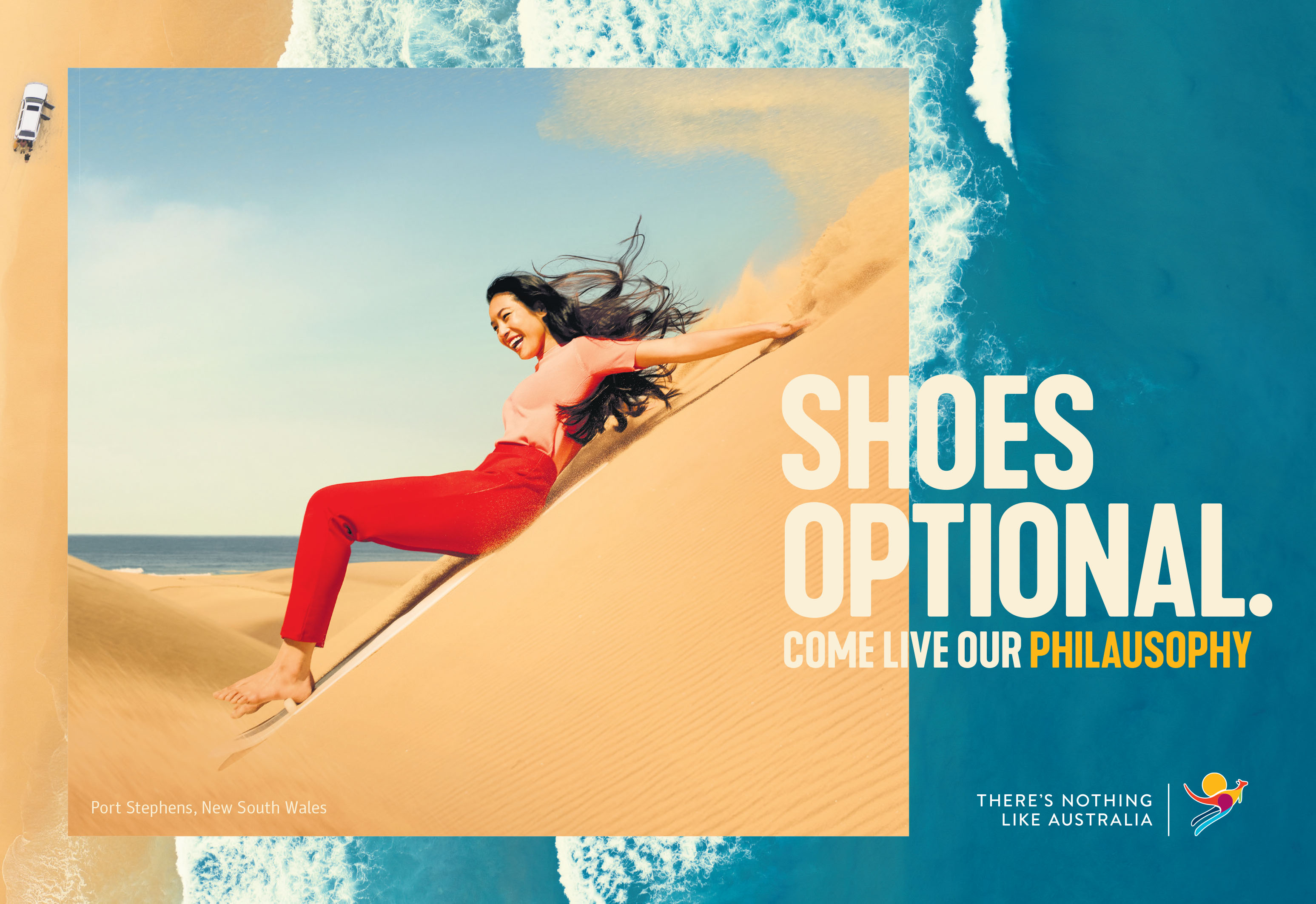 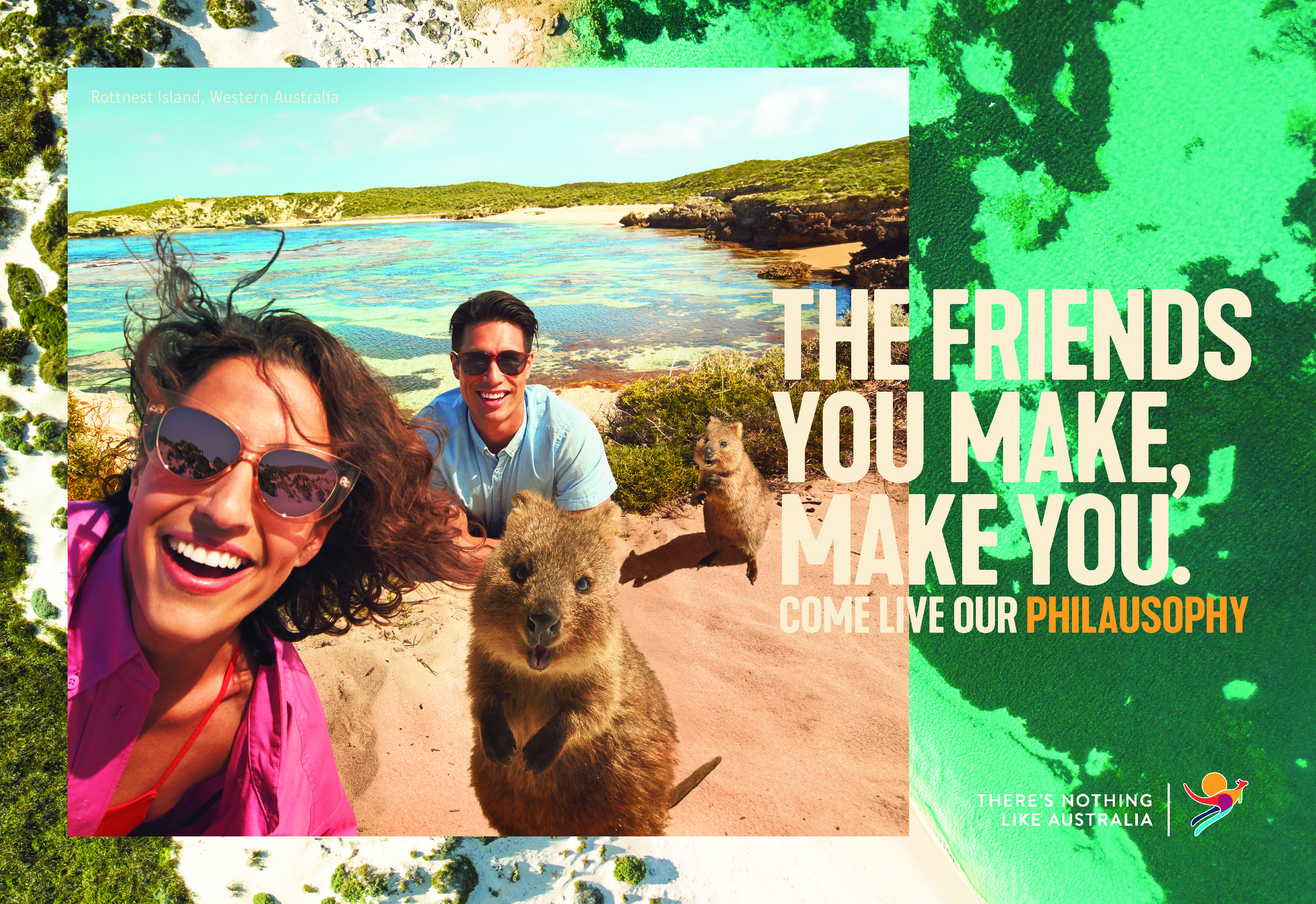 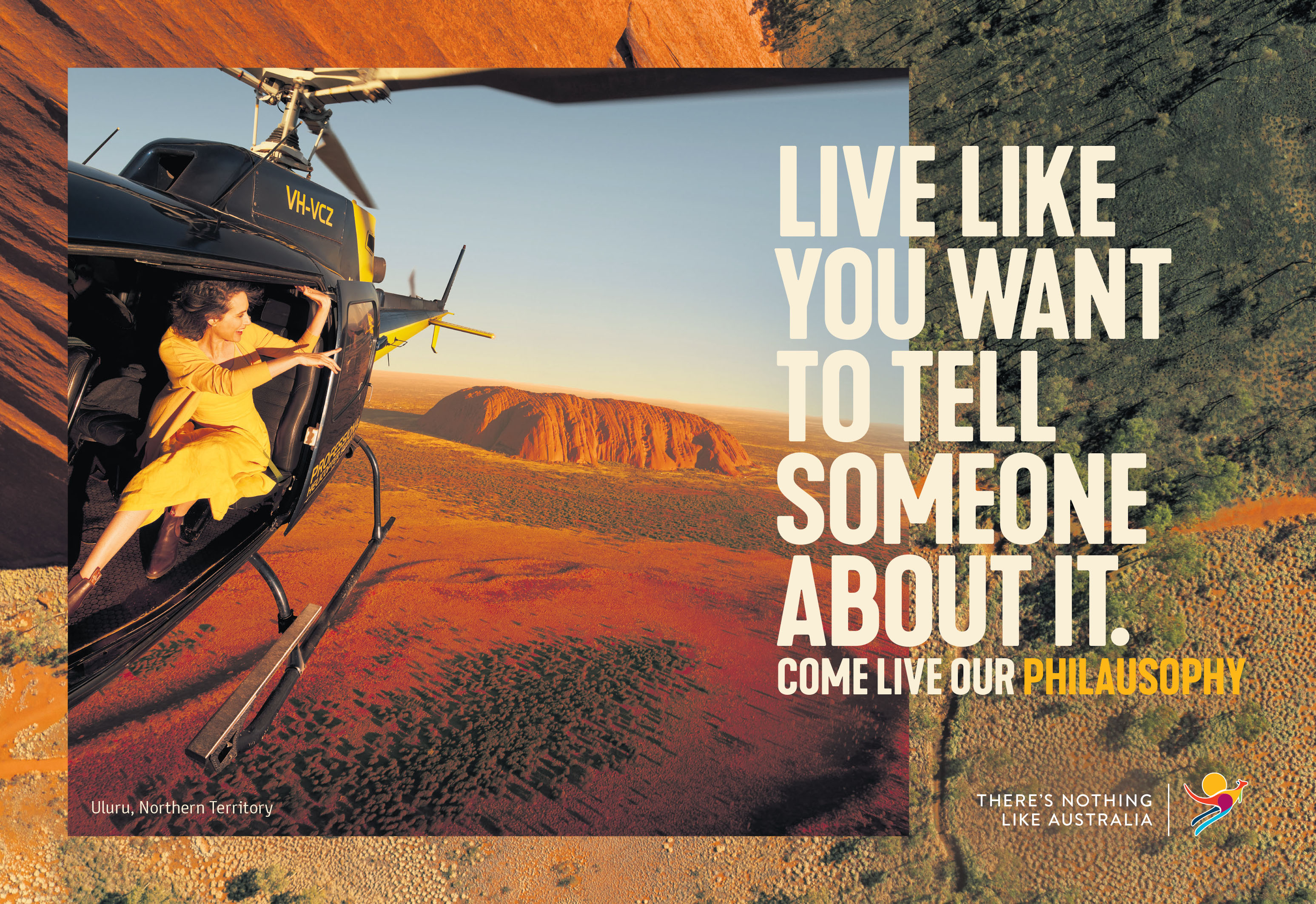