The Work 2022 Contenders: The Monkeys

Meat & Livestock Australia: The Lost Country of the Pacific
The Monkeys Australia, part of Accenture Song
The satirical film ‘The Lost Country of the Pacific’ is a response to the country’s isolation. Australia and the rest of the world have forgotten about each other, and the nation is in danger of becoming a permanent hermit island. However, the power of Australian Lamb inspires some restless Aussies to send an invitation to the rest of the world to reunite over a Lamb BBQ. After the launch of the 3-minute film, we expanded on the idea further and actually sent out invites to other countries via strategic OOH placements in Paris, London, New York, Auckland and even the capital of the republic of Western Australia – Perth. These ‘letters to leaders’ leveraged topical geo-political relationships to humorous effect, further cementing Aussie Lamb as the provocative, irreverent national commentator we all know and love. 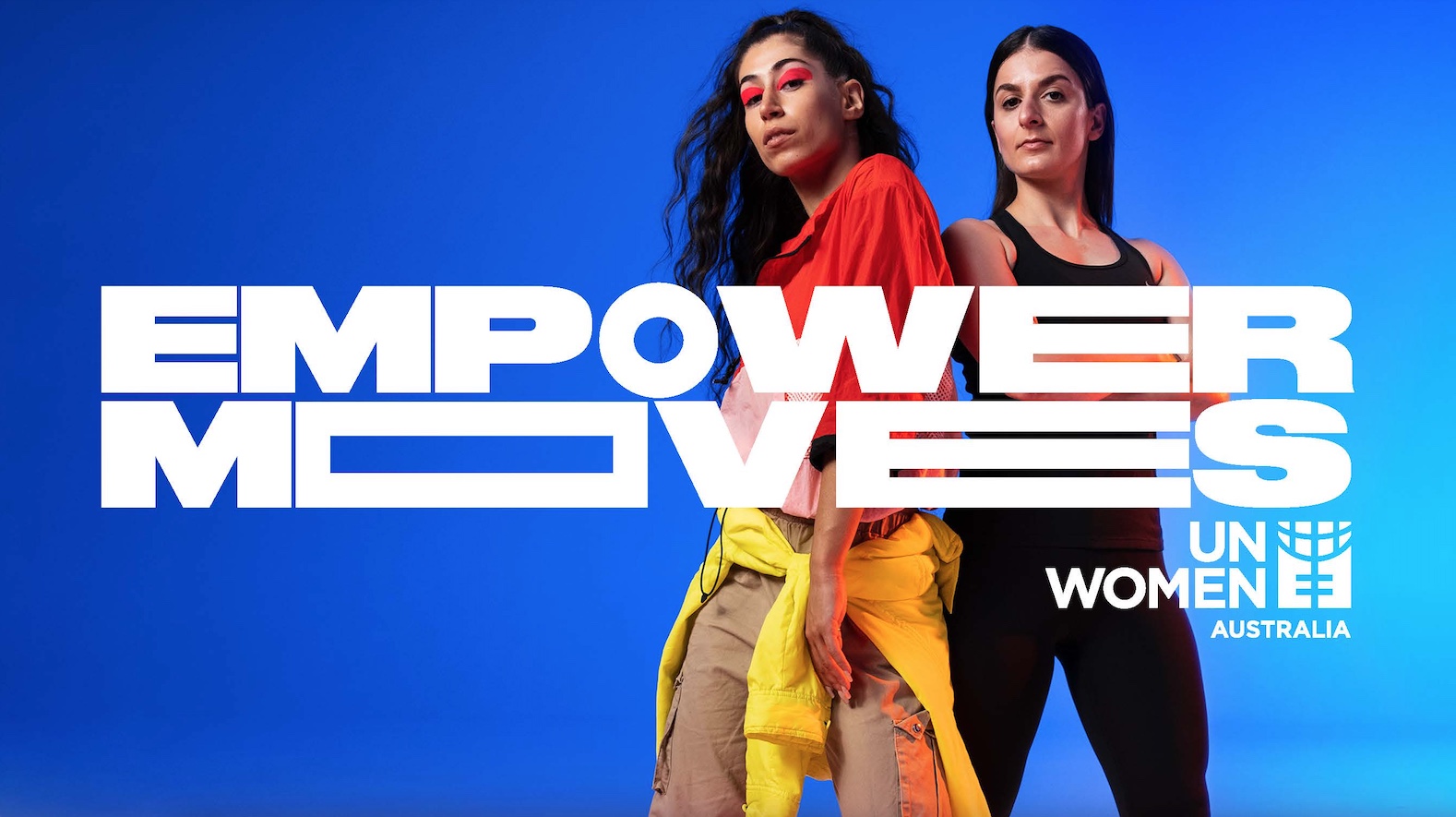 UN Women Australia: Empower Moves
The Monkeys Australia, part of Accenture Song
As the conversation around women’s safety hit fever pitch, UN Women wanted to find a way to help girls feel safer. Our solution was to do it in a language they were fluent in. So we created #EmpowerMoves, a TikTok dance made of self-defence moves. Working with a self-defence expert and choreographer, the dance was a sequence of four simple self-defence moves, launched organically as a TikTok dance trend. On International Day of The Girl we revealed the self defence moves and watched as the dance hit the media and grew into a movement – reaching 130M video views worldwide. 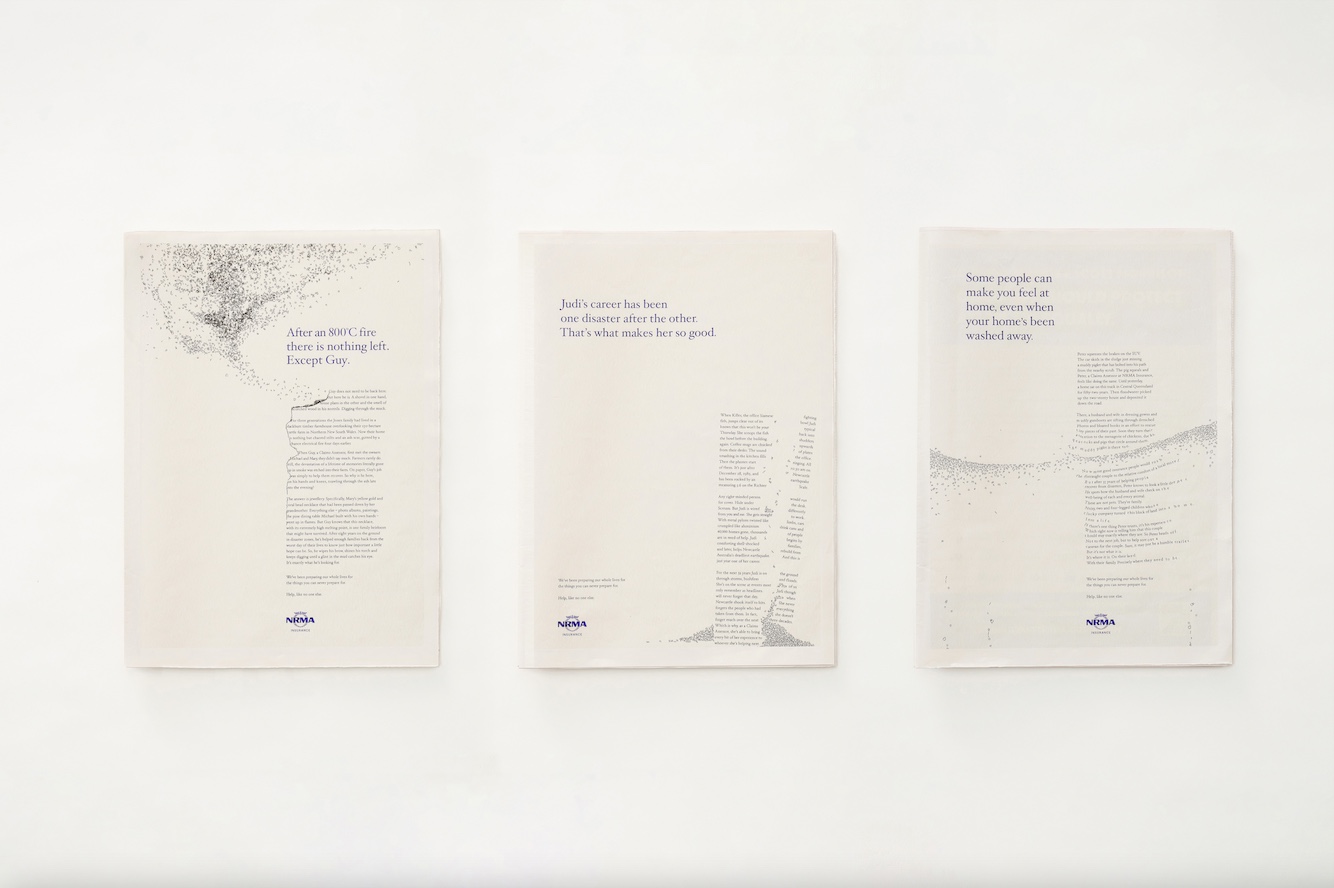 NRMA Insurance: Help, like no one else
The Monkeys Australia, part of Accenture Song
If great stories are about ordinary people doing extraordinary things, then there’s no better example than an NRMA assessor.
Using the literary devices of suspense, imagery and rising tension, and the format of short stories, we set out to answer a question: How does one deal with the chaos of a natural disaster AND help a family pick up the pieces after they’ve lost everything?
Every story begins by dropping the reader into a critical moment with an NRMA Assessor. They’re knee deep in a ditch. Or skidding through sludge to avoid colliding with a pig. Or picking up a goldfish tossed clear of its bowl. But we didn’t just want to transport the reader to the disaster zone, we wanted them to experience the unsettling nature of one. Therefore, the copy was written in concert with the deconstructed typography with the aim of buffeting the reader’s senses while maintaining comprehension. 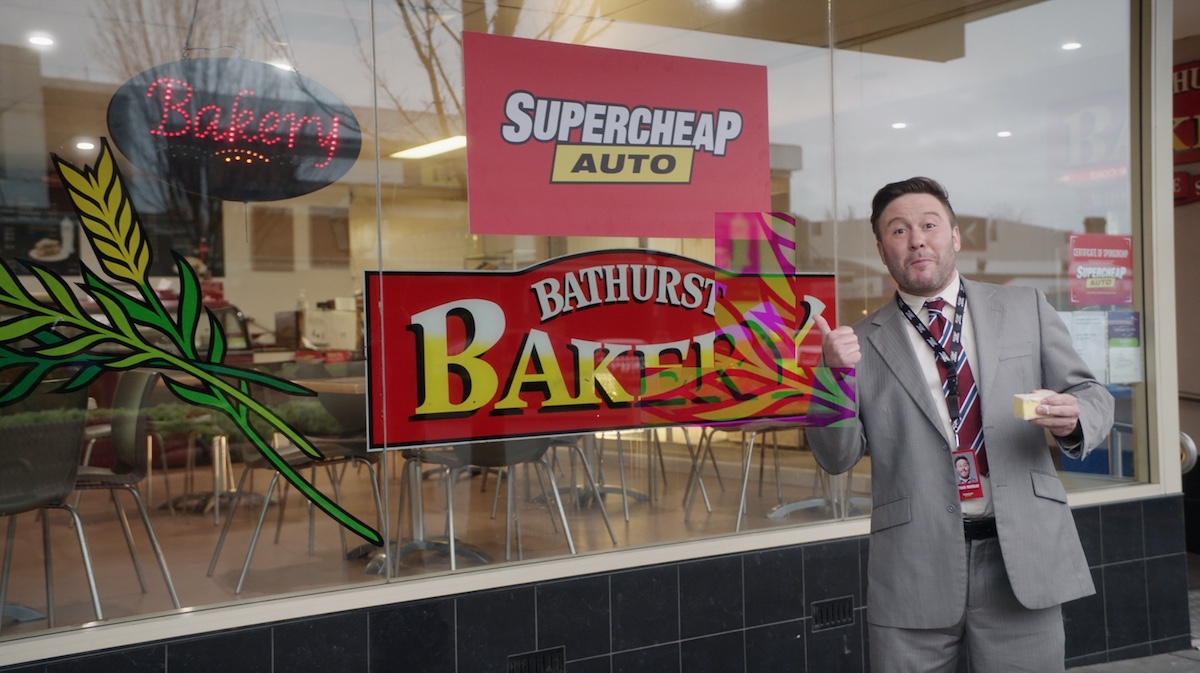 The deadline for Campaign Brief’s The Work 2022 is Monday May 2. Entries are FREE with only an acceptance fee charged for those that make the cut. See full details and enter here… If your agency has entered The Work and would like to showcase your best work in our Contenders series email ricki@campaignbrief.com.