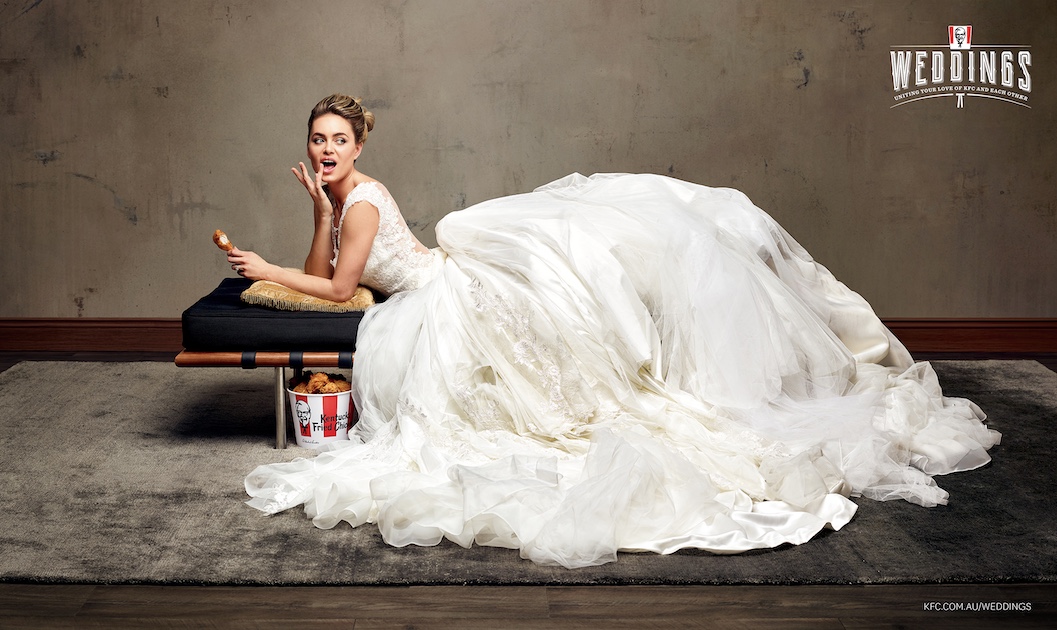 KFC: Weddings
Ogilvy Australia
KFC tastes great. Almost everyone will tell you that. Yet we still struggled with being seen as a ‘permissible’ treat to eat. To overcome this problem, our strategy was to normalise the act of eating KFC. Using PR and earned media to gain mass exposure for the very normal act of eating KFC, we wanted to create the belief that it was perfectly fine to be seen publicly devouring our delicious chicken – without fear of judgement – because everyone appeared to be doing it. Thus, we needed to be seen as a natural part of Aussies’ lives. And there’s no more public day in people’s lives than . . . their wedding day. So we launched ‘KFC Weddings’, a full-service wedding offering giving Aussies the chance to have the most public day of their lives fully themed and catered with KFC, Then, as planned, it exploded in the media. 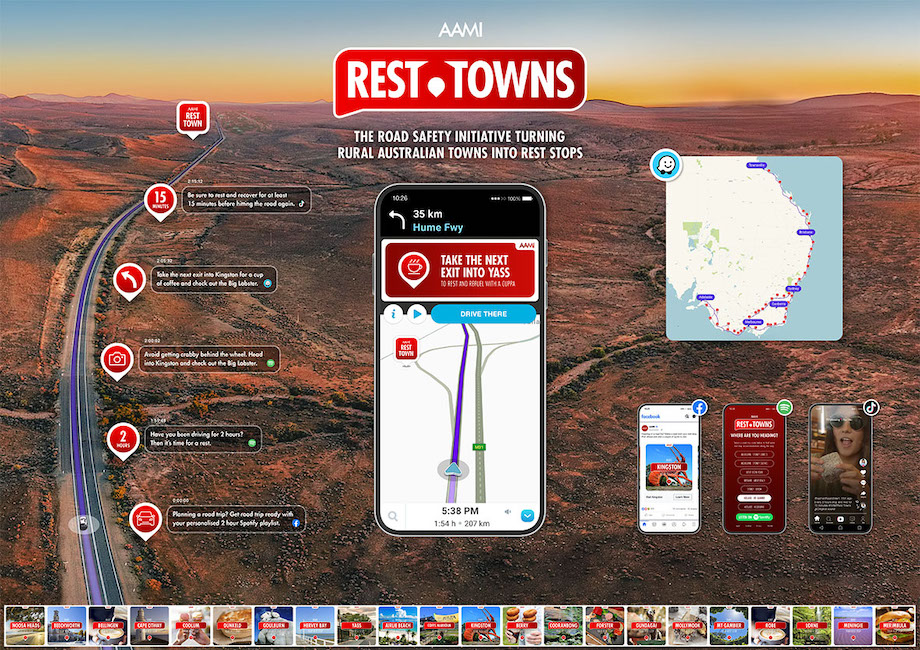 Suncorp: AAMI RestTowns
Ogilvy Australia
In Australia, driving distances are huge. That’s why it’s important to take a break from driving to decrease your chances of fatigue. AAMI Rest Towns is a new road safety initiative encouraging young drivers to stop and rest every 2 hours in rural Aussie towns. Towns that need a bit of recovering themselves to do. We identified the longest and most dangerous stretches of road where drivers are most likely to power through without stopping and selected specific rural towns where drivers could stop and rest. Then, in partnership with Facebook, Spotify and Waze, we safely connected in real-time combining geo, time and in-car targeting, using local incentives based on drivers’ interests. 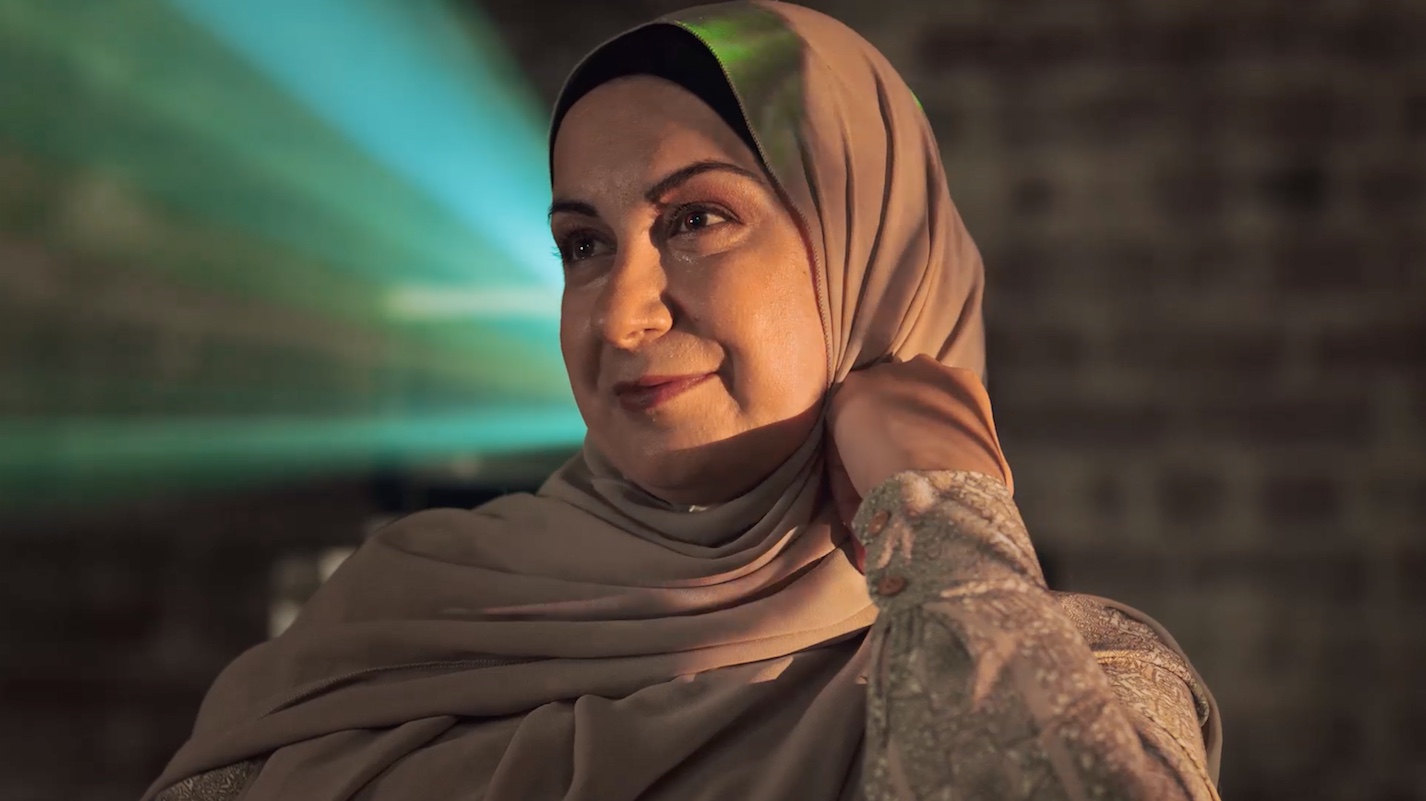 Huggies: Parent Faming
Ogilvy Australia
There’s no right or wrong way to parent, yet 92% of Australian parents were feeling pressured to do more and be better (source: Bellamy’s Organic, Mounting parenting pressure can hurt the health of Aussie mums).

We were challenged to create an overarching brand platform idea for Huggies that would not only address the share decline across total infant care but would also challenge the category stereotypes of perfection in parenthood to reconnect with modern Australian parents and help alleviate the unnecessary pressure they were feeling to be ‘perfect’. 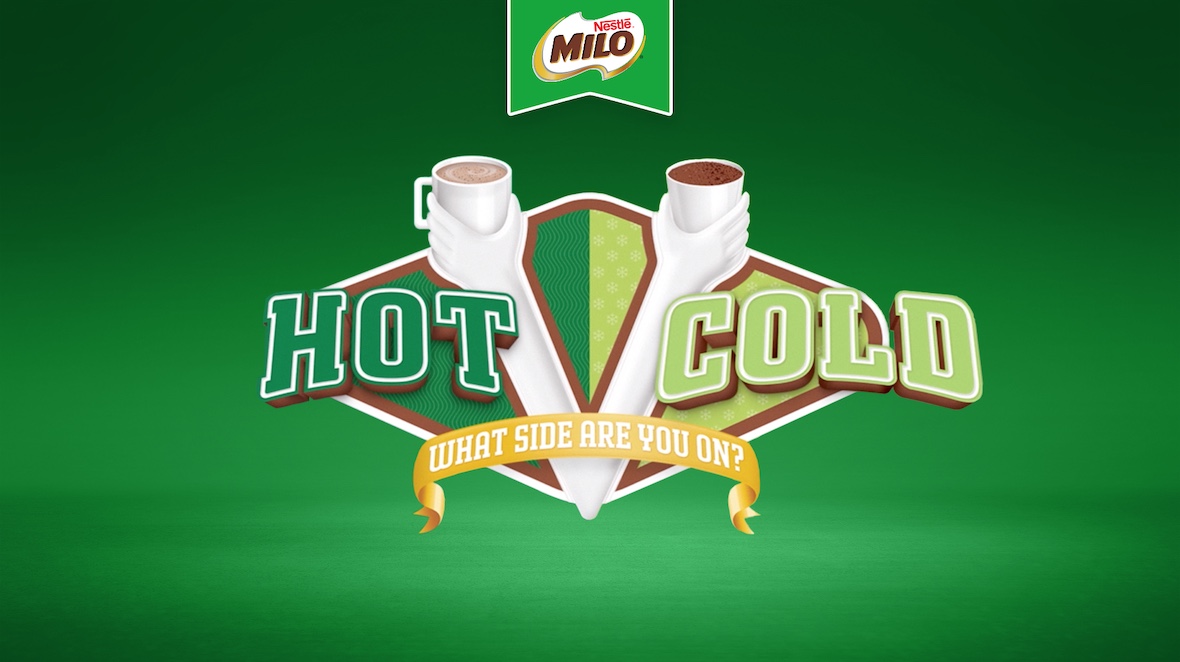 Nestle Australia – Milo: Hot vs Cold
Ogilvy Australia
MILO, while not rejected, was increasingly being forgotten and moved further to the back of the kitchen pantry. Market penetration had declined and stagnated over the years with increasing competition from on-the-go brands replacing the afternoon consumption moment for Aussie kids across the country.

When Australia went into ‘national lockdown’ due to COVID-19, and kids organized sports were unilaterally cancelled, there was concern that MILO’s market penetration decline would accelerate. MILO, a brand synonymous with organized sport and out-of-home activities, needed to establish a relevant and compelling reason for customers to purchase the product. MILO’s objective was clear – increase market penetration by +2.1pts, equating to an incremental +165,000 households.

As families and friends took to social media on mass to find escape from lockdown culture, we set out to create a social at heart idea that would increase Social Media engagement, MILO brand love, and ultimately market penetration. 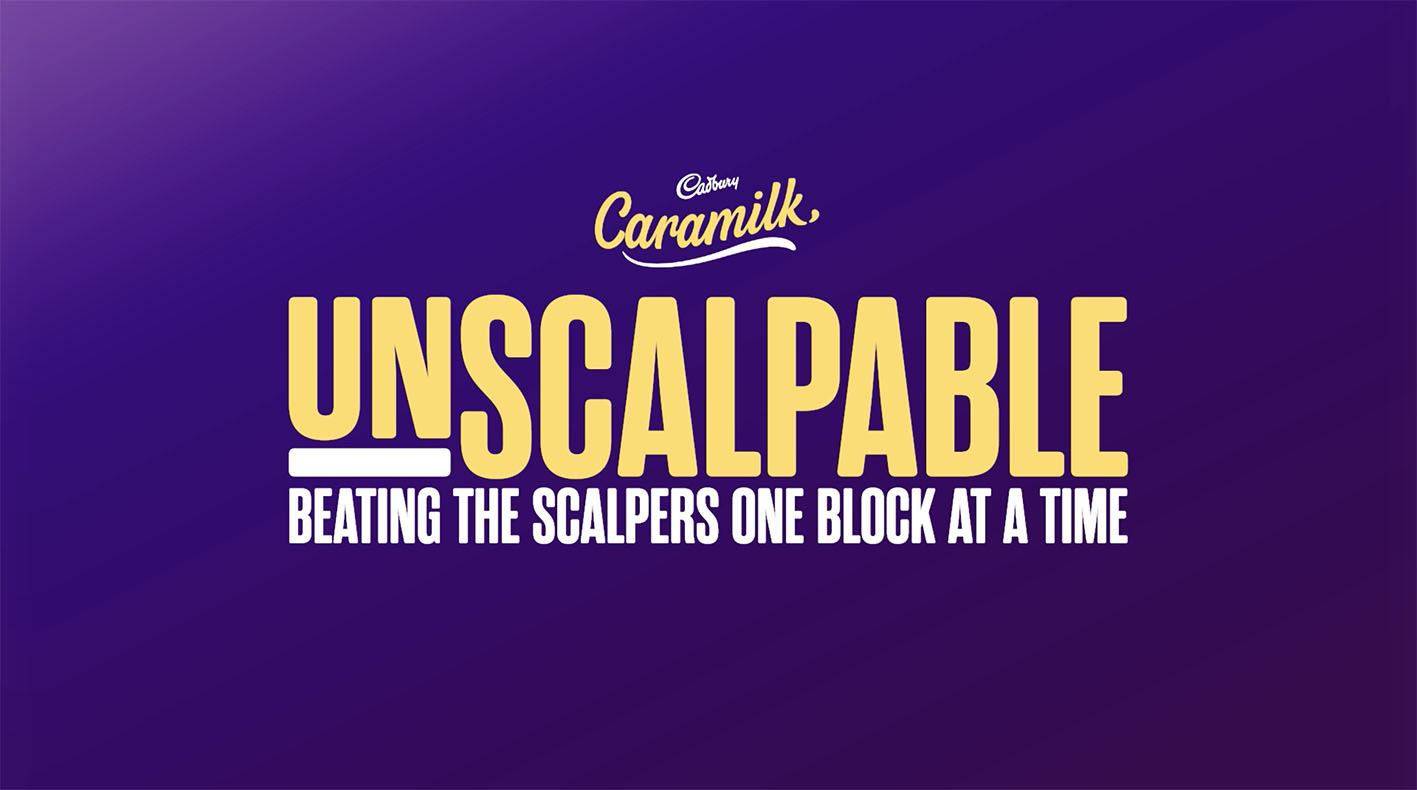 Mondelez Australia – Cadbury Caramilk: Unscalpable
Ogilvy Australia
When Cadbury released Caramilk in Australia for a limited time, it became so popular and coveted, it sold on eBay for more than 20 times the recommended retail price. As we prepared for the official launch of Caramilk, our supply will surpass the demand. So, before people could scalp the new release on eBay, we beat them to it. We listed the real deal at the right place with more than 150 times as many listings as the scalpers and flooded the market. People stormed the site and we sold out in record time. But then, we saw our buyers turn into scalpers. So, we relisted Caramilk on eBay. Permanently. And the scalpers’ listings began to disappear. Unsold. 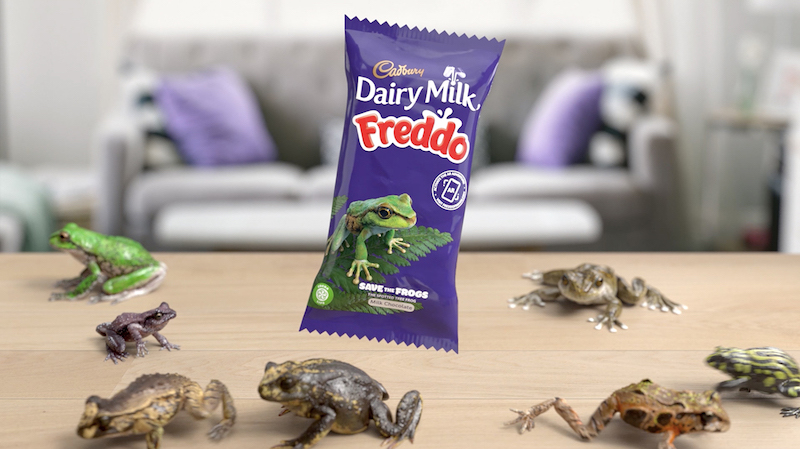 Mondelez Australia – Cadbury Dairy Milk Freddo: Saving Freddo
Ogilvy Australia
Australia was recently ranked the #4 worst country in the world for animal extinctions, Including nine species of critically endangered frogs. With appropriate plans of action in place, scientists believe all nine species can be saved. So, Freddo, Australia’s most famous frog came to the rescue of his endangered friends, giving his spot on the wrapper to each of the 9 endangered species of frogs across Australia and New Zealand. Each new-look Freddo had a built-in mobile AR experience, giving Aussies a never-before-seen look at Freddo’s forgotten friends. It took them to our website, where they learnt more about our native frogs, why are they endangered and most importantly, what can they do to help. 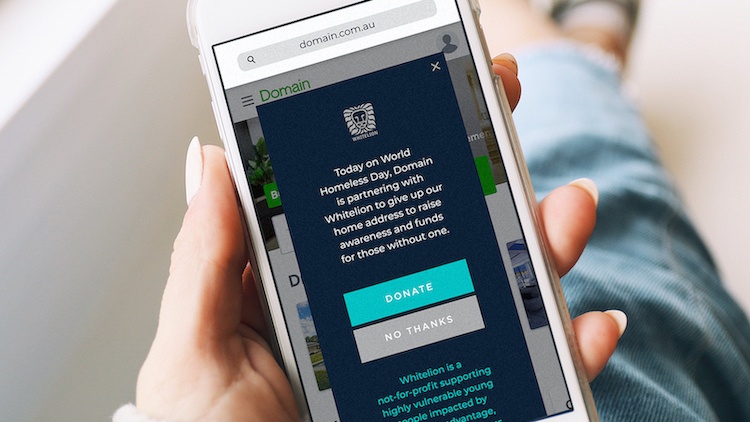 Whitelion: No Home Address
Ogilvy Australia
‘No Home Address’ was a direct response donation campaign to help a small charity, Whitelion, raise funds for homeless youth. Due to COVID-19 restrictions, Whitelion was stripped of its entire fundraising events calendar, and with it over 70% of their donation’s revenue. So, with our backs against the wall, we came up with a remarkably simple solution. We designed a simple line of code that turned the online home addresses of some of Australia’s biggest brands into donation portals on World Homeless Day. And, created Whitelion’s most successful donation campaign ever.

The entry deadline for Campaign Brief’s The Work 2021 has now closed. Entries are FREE with only an acceptance fee charged for those that make the cut.