Toyota: Genuine Accessories – Built to Last
BWM Dentsu Melbourne
‘Built to Last’ tells of the rigorous, time-consuming testing process that makes every Toyota Genuine Accessory Aussie-tough, with the unmistakable touch of leading Australian comedy director, Tony Rogers.
As local trips and holidays are back on the agenda in Australia, this campaign is designed to light-heartedly emphasise – to all Toyota drivers – the importance and enduring value of Toyota’s genuine, purpose-built accessories.
Exploring the great joy and fun in embellishing core product truths, these spots let the uncompromising quality of the Toyota Genuine Accessories offering humorously speak for itself. 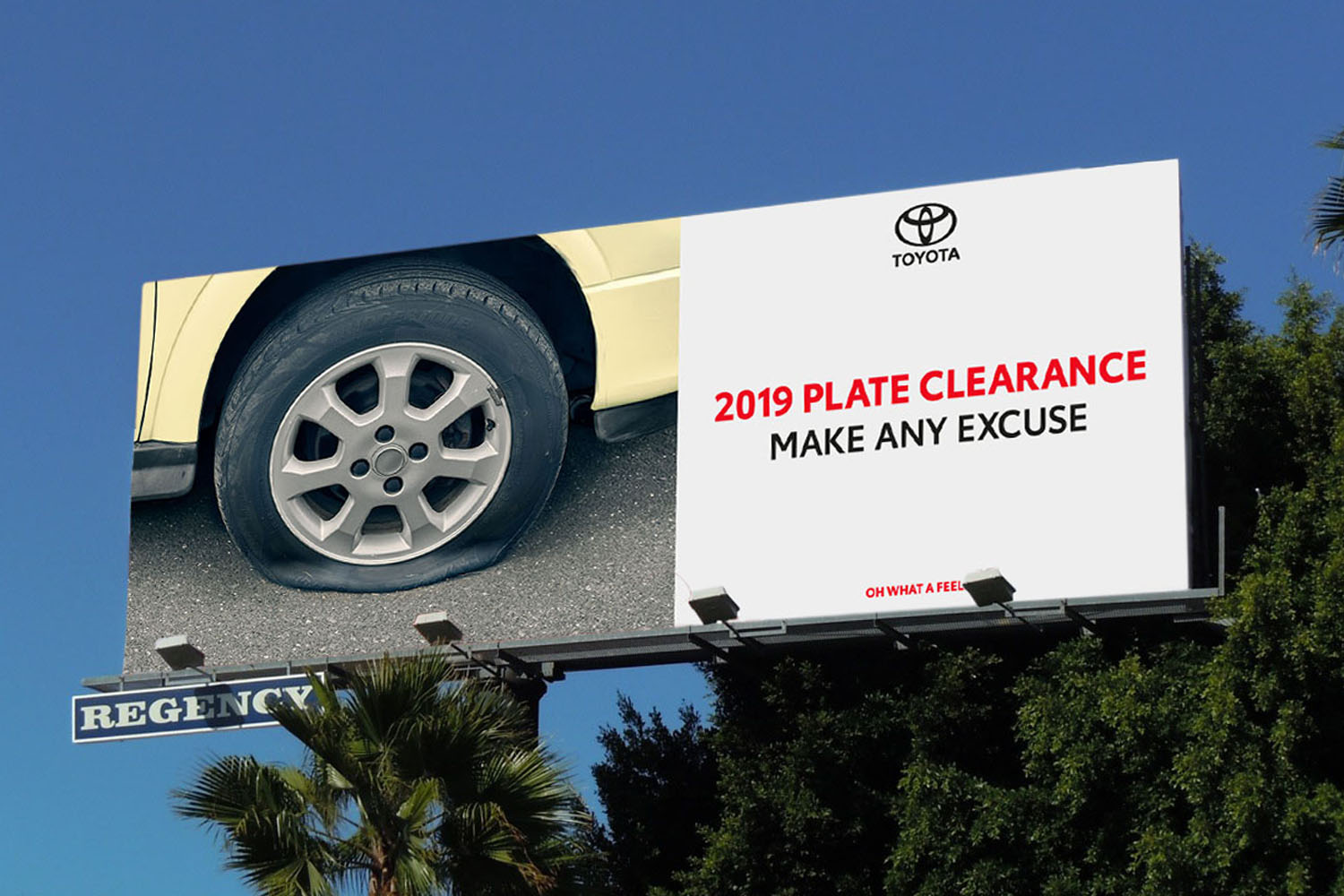 Toyota: Plate Clearance – Make Any Excuse
BWM Dentsu Melbourne
Retail events normally fall into the ‘shout it loud, then scream it louder’ genre of advertising. BWMDentsu Melbourne took the opposite approach with their 2020 Plate Clearance campaign for Toyota.
The OOH executions focused on the tenuous excuses that could be used in order to take advantage of Toyota’s end-of-year deals. The intriguing visuals set up the premise with the event itself as the pay-off.

The entry deadline for Campaign Brief’s The Work 2021 has now closed. Entries are FREE with only an acceptance fee charged for those that make the cut.