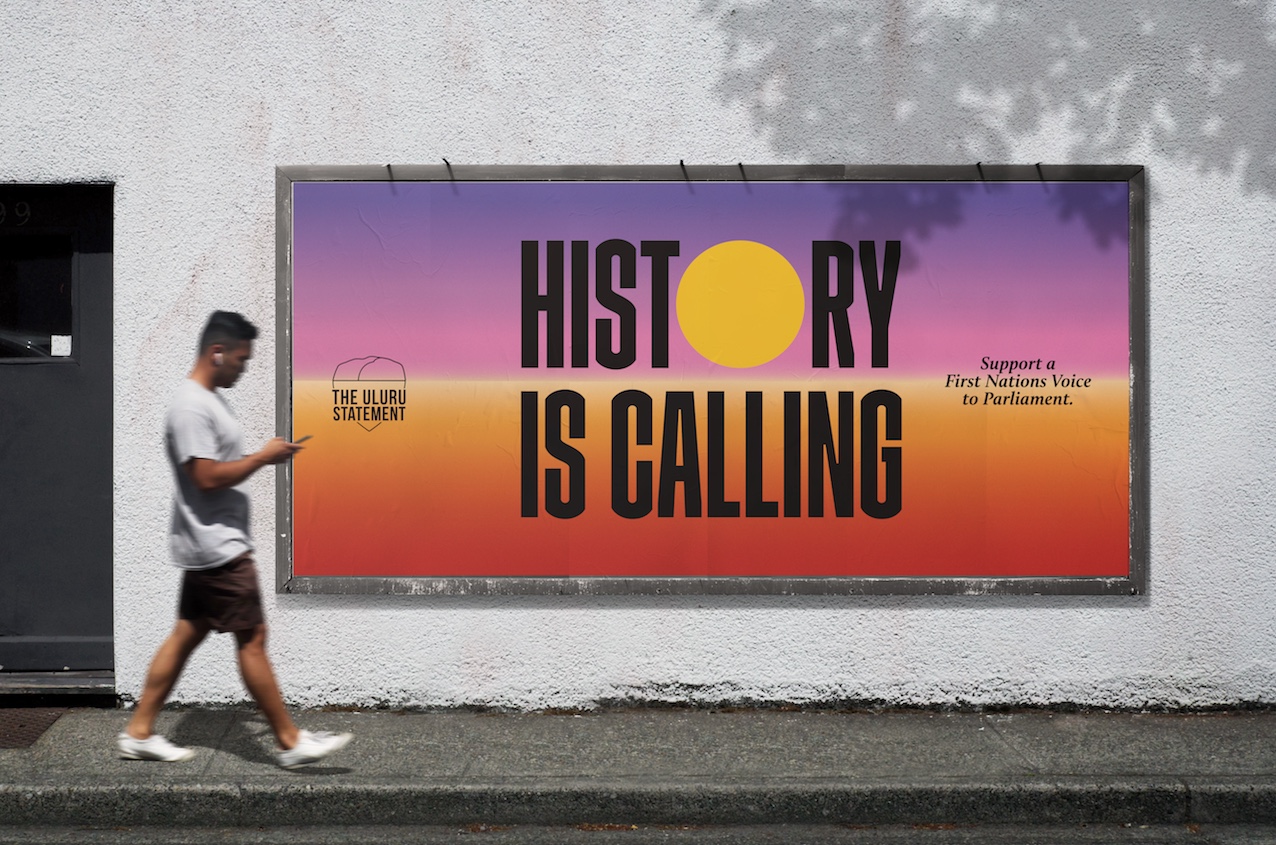 The Uluru Statement from the Heart has launched History is Calling – a referendum education campaign created by The Monkeys, part of Accenture Song, where First Nations leaders and communities urge Australians to support a First Nations Voice to Parliament.

The campaign aims to garner support for a referendum and invites the nation to change the course of history, so that First Nations peoples can finally have a say in policies and laws that affect them.

Rolled out across press, radio and OOH in every state, Australians are invited to walk together in a movement for a better future.

Professor Megan Davis, Balnaves chair in Constitutional Law at UNSW, Uluru Dialogue co-chair, and the first person to read the Statement says: “The Australian Constitution was meant to be changed. The referendum mechanism empowers all Australians to work together to change the nation, as they did in 1967.

“The History is Calling campaign reaffirms the opportunity here for all Australians to protect a First Nations Voice to Parliament in the Australian Constitution.” 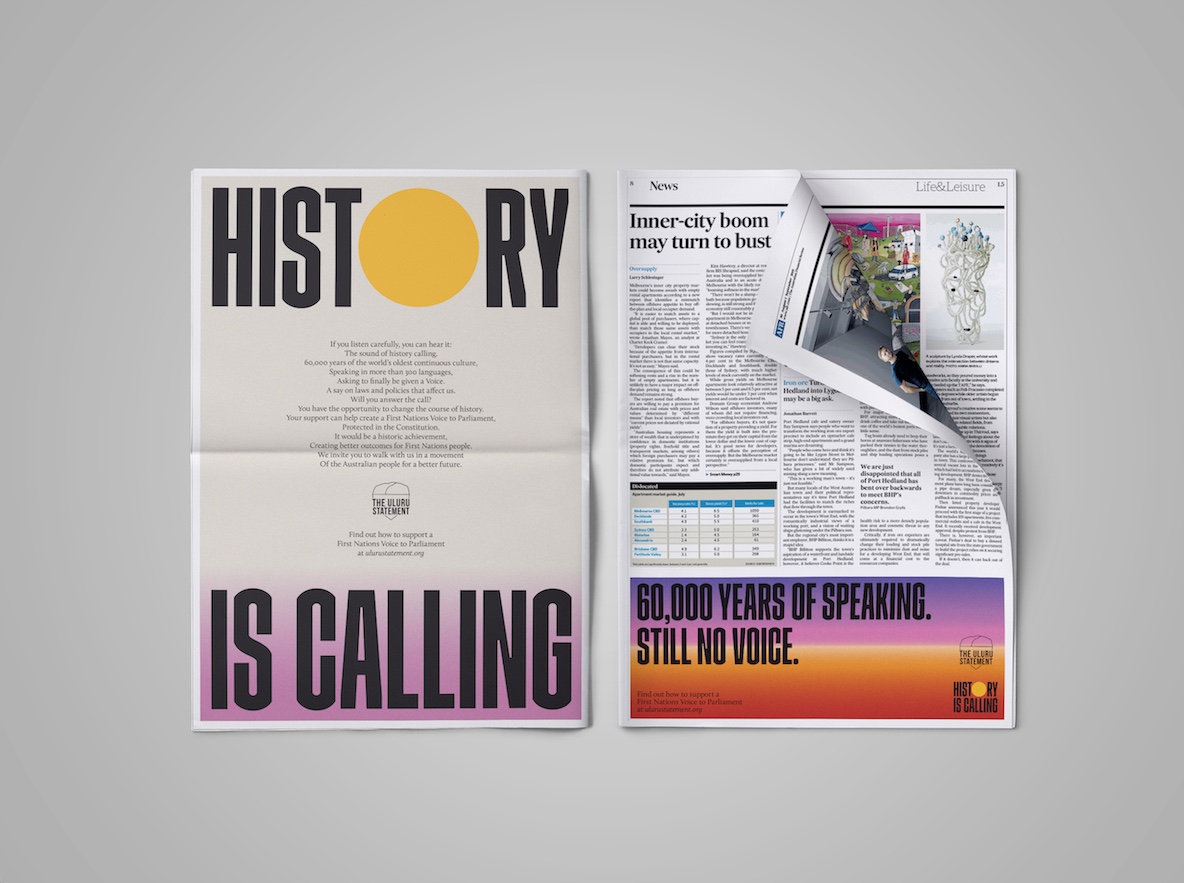 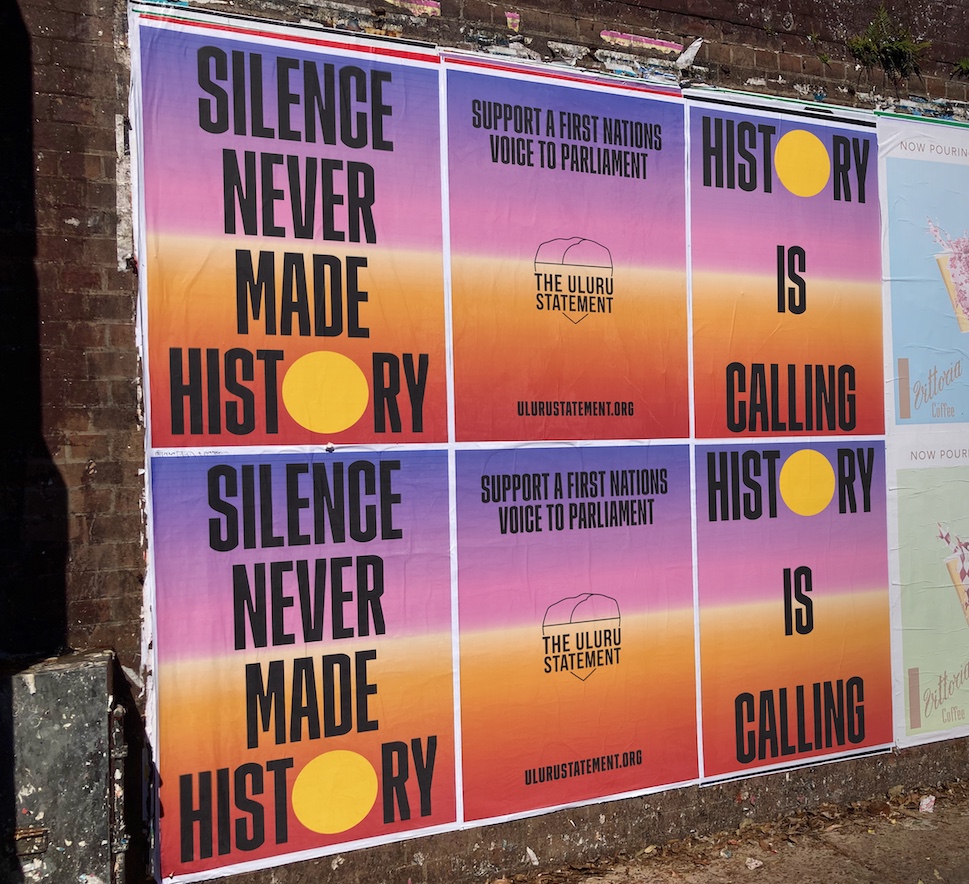 Pat Anderson AO, co-chair of the Uluru Dialogue, spoke of the need for Australians to support First Nations Peoples in this once-in-a-generation chance to do what the 1967 referendum didn’t do: “This campaign is 60,000 years of the world’s oldest continuous culture, in more than 300 languages, calling to finally be given a Voice enshrined in the Australian Constitution. This is nation building; it’s our history that’s calling…

“First Nations Peoples have been fighting for a space in democratic life for generations, and to this day, we still have no say in the laws and policies which affect us. Now, we have the opportunity to change the course of history and create better outcomes for our communities and all of Australia.

“It’s plain as day to most Australians that politicians and bureaucrats are not closing the gap. For example, I’ve dedicated five decades of my life to Aboriginal health and we have not achieved any shift in entrenched disadvantage and poor health outcomes. This is primarily because we are not asked for input and don’t have a seat at the table.”

Says Scott Nowell, co-founder and group chief creative officer, The Monkeys: “It’s vitally important that First Nations leaders are given a Voice to Australian Parliament and have the power to influence and inform the laws and policies that affect their communities. We encourage all Australians to unite in their support to help change the course of history for a better, fairer future.”

‘History is Calling’ is a national education campaign which will roll out across May and June. For more information on the Uluru Statement from the Heart, visit https://ulurustatement.org/