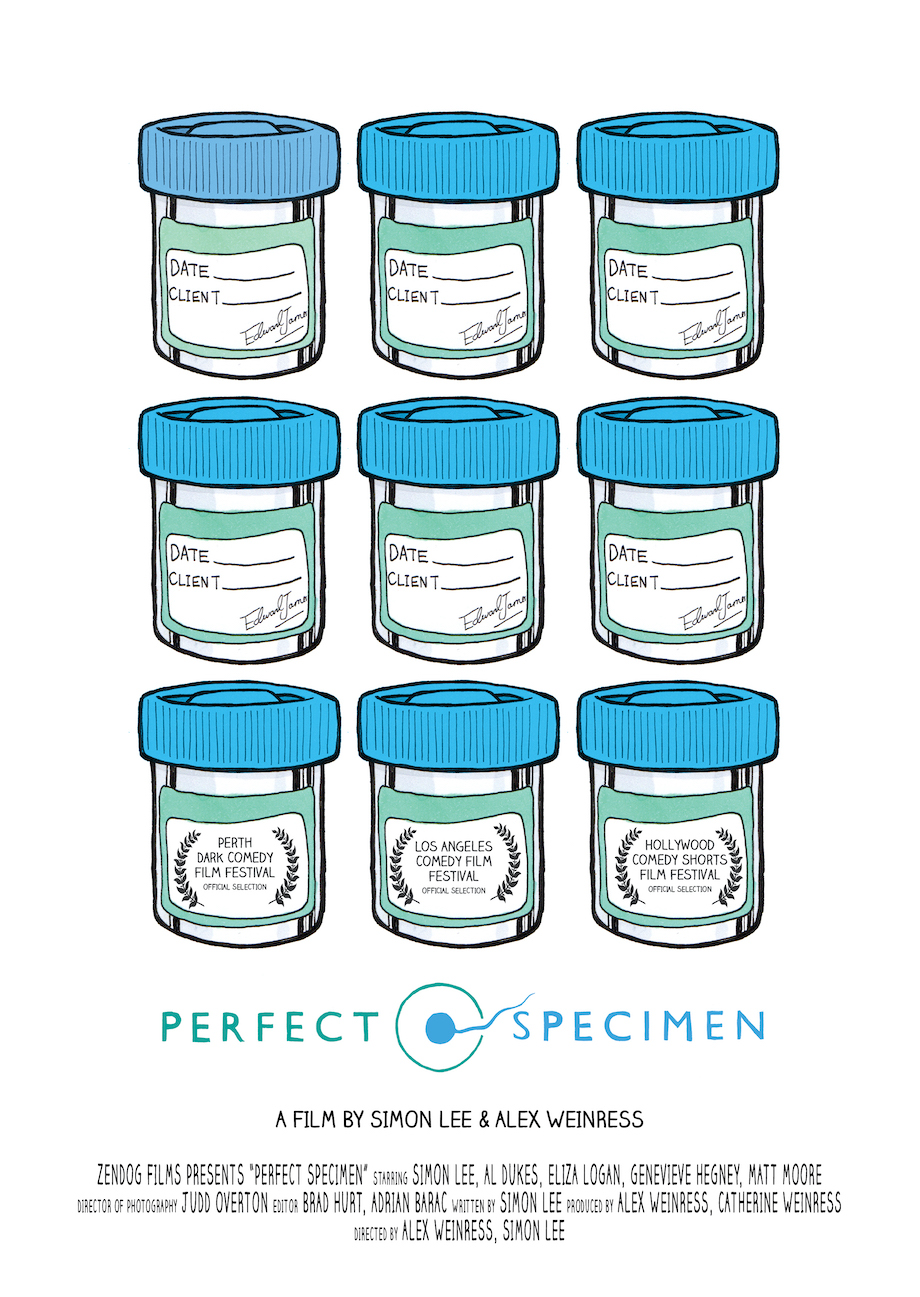 Perfect Specimen – a comedy short film by The Hallway ECD Simon Lee and Hixon Films producer and director Alex Weinress, has made the Official Selection at The Hollywood Comedy Shorts Film Festival and the Los Angeles Comedy Film Festival, both of which take place in the coming weeks.

The 13-minute film, which stars Al Dukes, Eliza Logan, Genevieve Hegney and Matt Moore, alongside Simon Lee, takes a satirical look at the egotistical world of tech entrepreneurs and their often deluded conviction in less than convincing “world changing” ideas.

The film’s protagonist, Edward James is the proud founder, CEO and sole employee of Perfect Specimen, a digital platform via which he sells his sperm to want-to-be mothers looking to birth “exceptional quality offspring”. Though he enthusiastically describes his “disruptive repro-tech” company as “The Uber of the sperm donation industry”, Edward is approaching his mid forties and facing some tough challenges. He’s struggling to scale the business, his seed will soon be past its prime and the need to conserve his sperm for his customer base has made it difficult for him to hold down a long term romantic relationship. Thus alone and increasingly lonely, in turmoil and with an uncertain path ahead, Edward is facing a uniquely potent midlife crisis.

Perfect Specimen is the latest output of a creative relationship between Weinress and Lee that stretches back 10 years. The pair’s joint credit list includes two award winning Hallway web series ‘Sebastien International’ for Servcorp and ‘The Mane Event’ for Qantas.

The film was spawned (pun intended) when Weinress and Lee were supposed to be shooting a documentary about the founder of a Sydney tech accelerator company.

Says Lee: “Our interview subject cancelled at the last minute. So it was just me, Alex, a Black Magic camera and a burning desire to make something. I asked Alex to jump in front of the camera but he told me to bugger off, so I had to step in. He pressed record and started asking questions and Edward James answered back.”

Perfect Specimen can be viewed as part of The Hollywood Comedy Shorts Festival’s online program that runs from December 11-13.