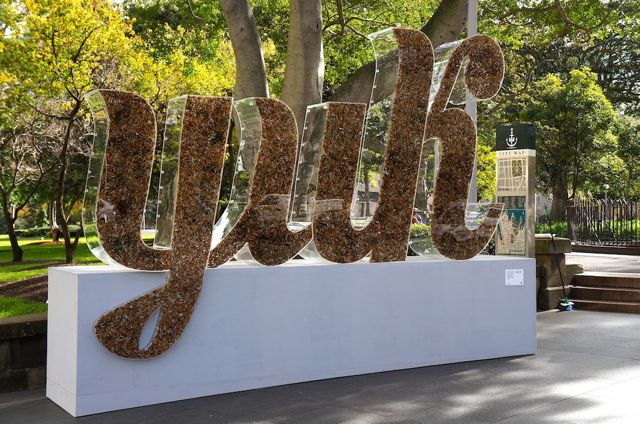 A company usually credited with producing installations for glamorous fashion and lifestyle brands, AZBcreative is responsible for the unusual and powerful giant ‘yuk’ which was erected in Sydney’s Hyde Park last week.

Measuring three by five metres, the hollow perspex design is filled entirely with used cigarette butts, with the AZBcreative team estimating it contains  a small fraction of the 500,000 butts thrown on city streets, footpaths and gutters each year. 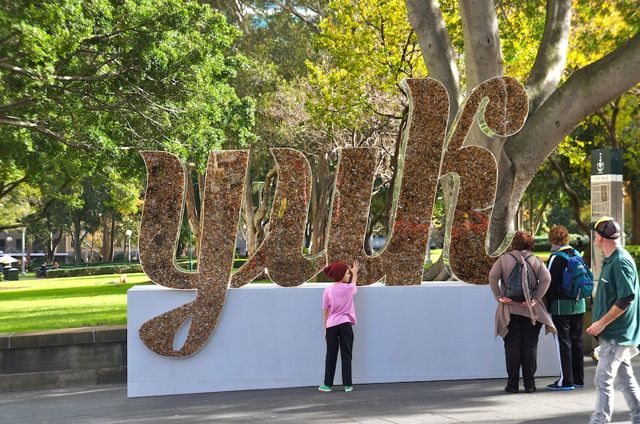 Alex Zabotto-Bentley and his team designed the installation, which stands in the beautiful Hyde Park location, on behalf of The City of Sydney. The City of Sydney Waste and Cleaning has a major problem raising the awareness of the impact cigarette litter has on the iconic city and this cleverly designed artwork stands as a shocking 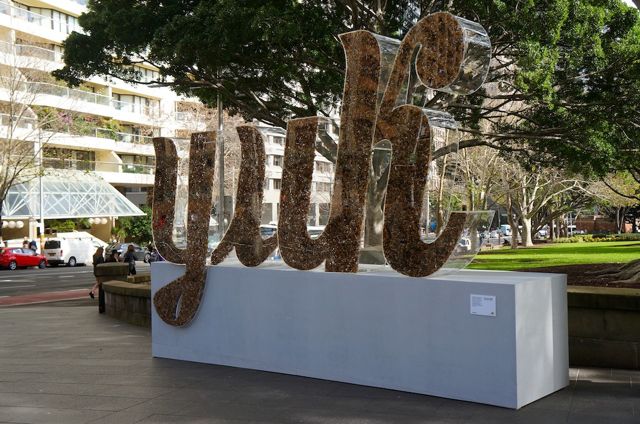 reminder to passers by that they need to take responsibility and dispose of their cigarette butts.

Says lord mayor Clover Moore: “Every day our cleansing crews sweep up around 15,000 butts from the streets and footpaths.

“Many thousands more are washed into our harbor and waterways where they do serious environmental damage. Discarded butts leach toxic elements such as cadmium, lead and arsenic into water and soil as they decompose.”

The ‘yuk’ artwork is part of a wider campaign by City of Sydney, with cleansing and waste trucks being emblazoned with signs pointing out that butts, chewing gum and illegal dumping are three of the biggest challenges in keeping the city clean. This week, city rangers will begin a ‘butt blitz’ targeting smoking hotspots around the city, much like Hyde Park, warning people about the damage butts can do and issuing fines.

Says Zabotto-Bentley: “Our approach was to focus on the core issue at hand here and use cigarette butts to create a 3D signage of a word associated with the practice of discarding butts on the ground.

“By using oversized typography of the word ‘yuk’ we have created a high impact, ‘beauty and the beast’ look and feel in a high traffic, key Sydney location.”

The ‘yuk’ installation will remain in the Hyde Park location until Tuesday 16 July.