The Birds & The Bees: The UNDP and Wunderman Thompson Australia want kids to have ‘the talk’ with parents about saving life on Earth 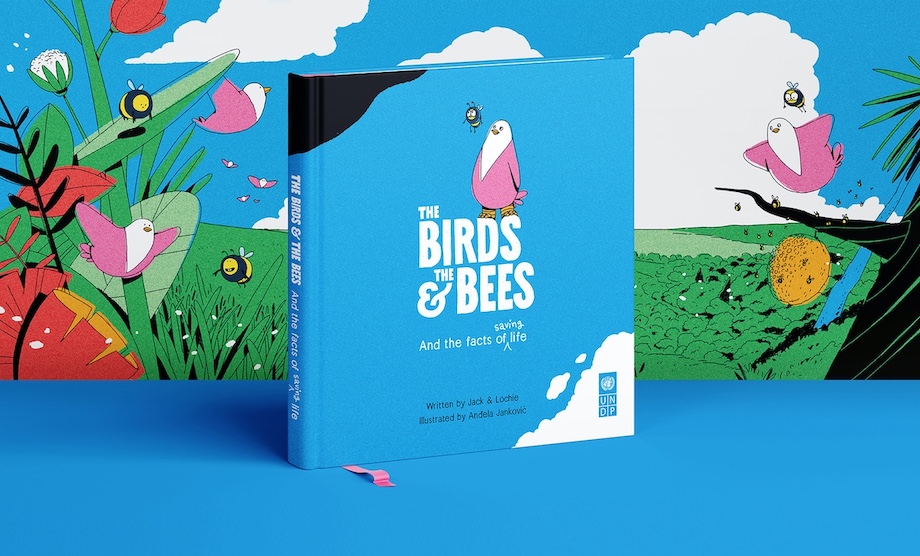 The United Nations Development Programme (UNDP) and Wunderman Thompson Australia have today announced the launch of a new children’s book ‘The Birds & The Bees’, reminding kids that even though they don’t have a vote on how leaders’ tackle climate change, they do have a voice.

This book launch is part of the UNDP’s ‘Don’t Choose Extinction’ campaign that launched earlier this month with a dinosaur addressing the United Nations, urging the world not to choose extinction. It has been developed in light of the fact that today’s children will be more affected by climate change than any other generation.

In fact, a recent UNICEF report that revealed nearly every child around the world is at risk from at least one climate change event today, including heatwaves, floods, cyclones, disease, drought, and air pollution. What’s most concerning is that approximately one billion children are at an ‘extremely high risk’ of the impacts of the climate crisis, experiencing three or four of these impacts simultaneously. 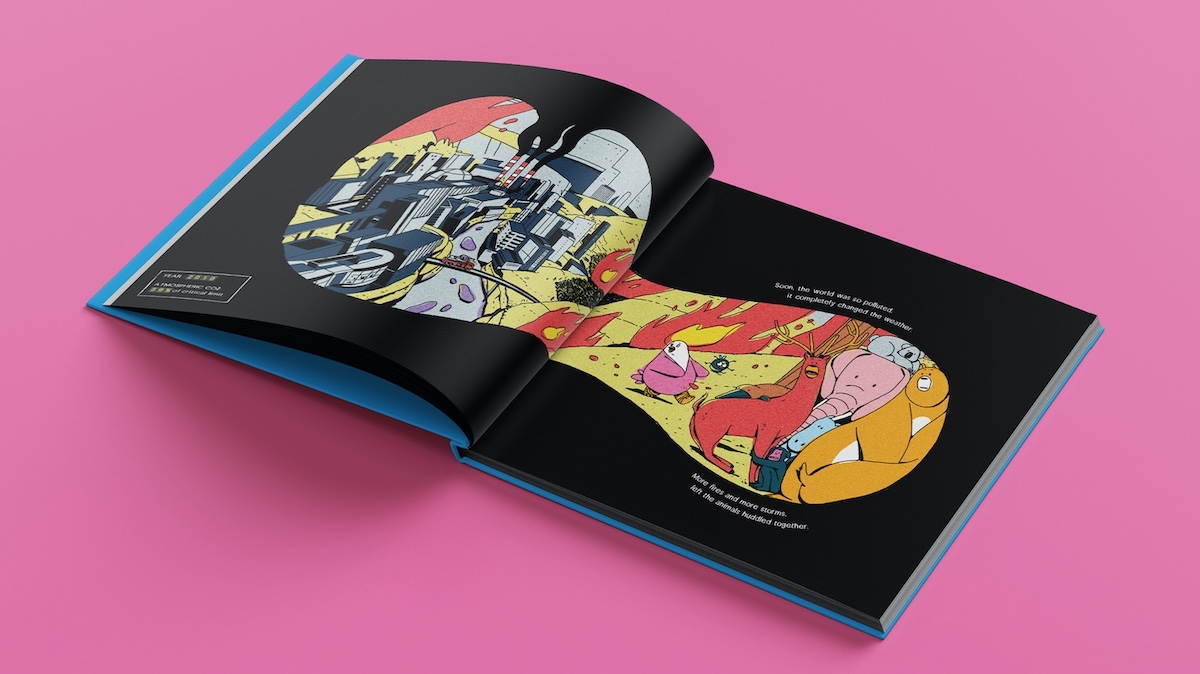 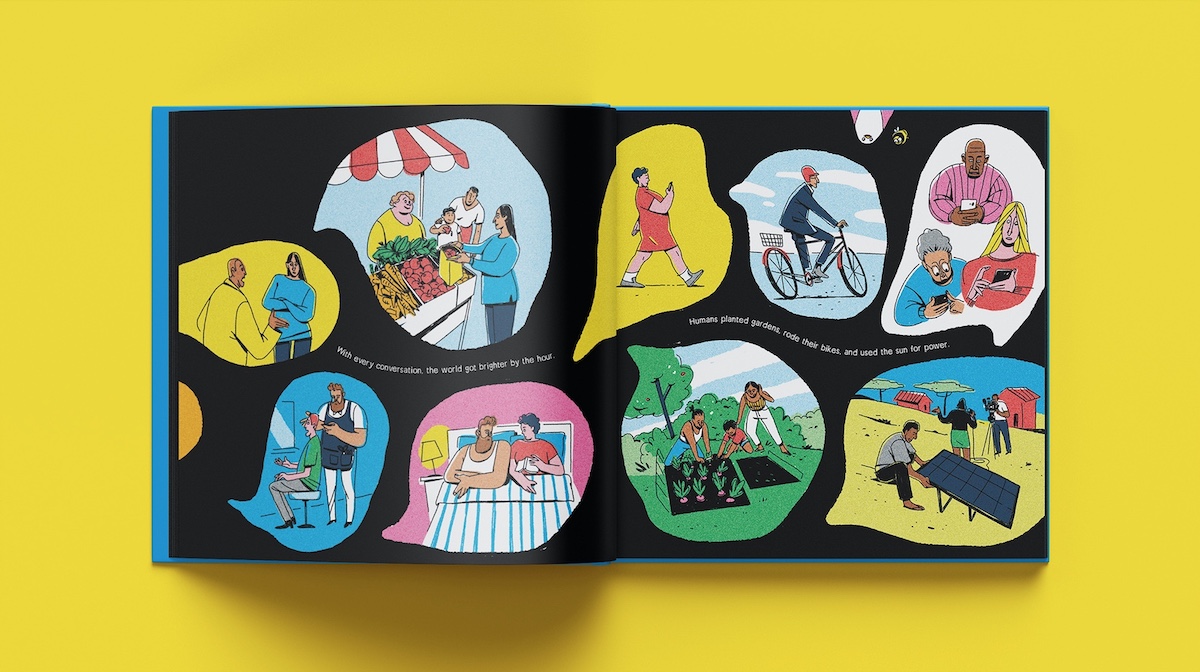 Traditionally a talk for parents to have with their kids, this version of ‘The Birds & The Bees’ isn’t a story about how life is made, but how life on Earth can be saved.  It helps kids talk with parents about what greenhouse gases are doing to our planet and shows them how one conversation can lead to a brighter future for the birds, the bees, and every single one of us. Importantly, it reminds kids that they have the power to protect the planet by talking with the adults in their lives who care about their future. 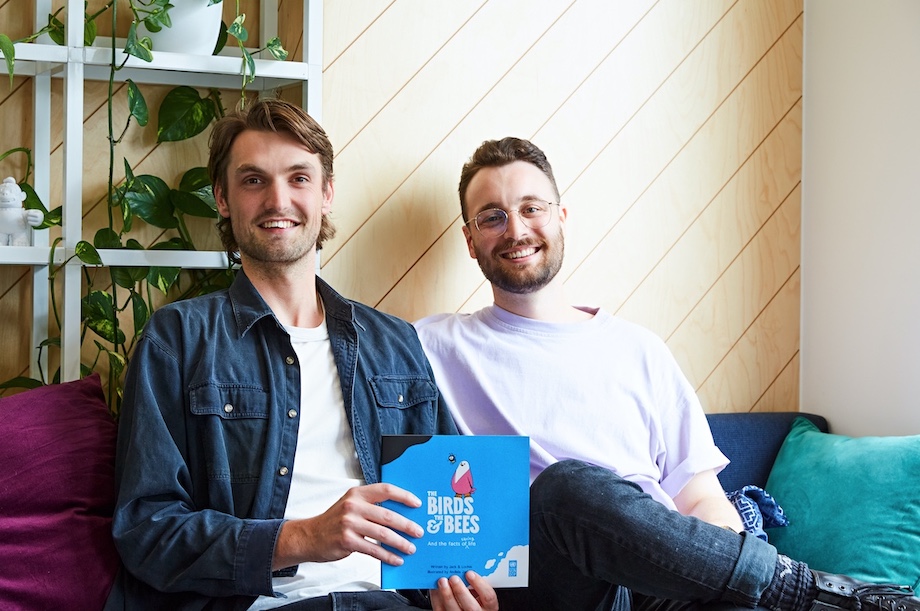 Says Jack Elliott (above left) and Lochie Newham (above right), co-authors of the book and associate creative directors from Wunderman Thompson Australia: “The birds and the bees has always been a famously difficult conversation for parents but talking about the future of our planet can be even harder. We wanted to not just create an engaging story, but a tool for kids to make their voices heard. After all, people might not care for politicians or scientists, but they do care about their kids.”

Says João Braga, chief creative officer at Wunderman Thompson Australia: “We want to give people all the tools we possibly can to help them have this conversation and smash every excuse around fossil fuel subsidies. From a digital ecosystem to an Alexa skill to this lovely little book that will hopefully get thousands of kids and their parents talking about the birds and bees.” 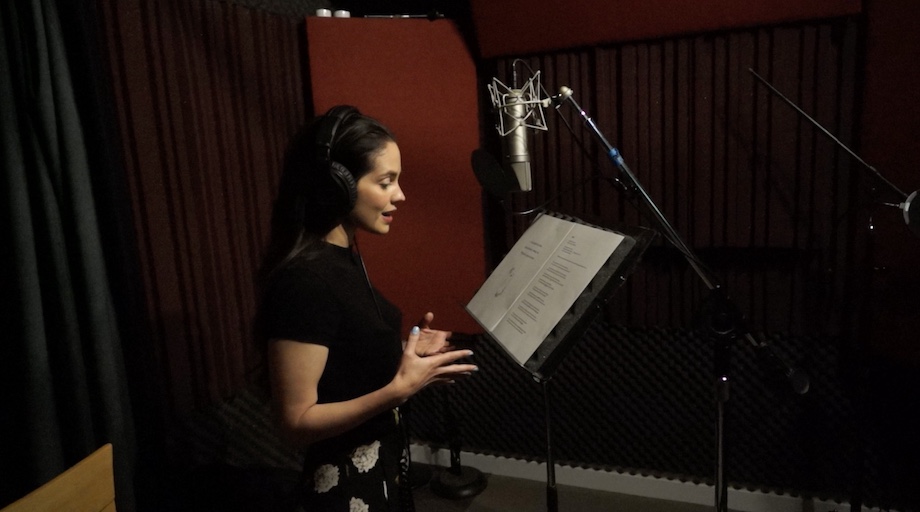 The children’s book, illustrated by Serbian artist Anđela Janković, will also be turned into two audiobooks, voiced by Game of Thrones star and UNDP ambassador Nikolaj Coster-Waldau, and Melanie Zanetti (pictured above) from the International Emmy-Winning kids’ show Bluey.

Says Zanetti: “Like Bluey, this book is a children’s story with a message for adults too. On the show we cover some of life’s big topics with kids, and climate change is certainly one of the biggest in today’s world – and one that I’m incredibly passionate about.”

The book will soon be available in all 6 UN languages (English, French, Spanish, Arabic, Russian and Chinese) and is available to pre-ordered now in English from the UNDP Shop. French and Spanish versions will also be released in the coming weeks.

The book is also currently available as a free e-book and audiobook ensuring accessibility for all.

Pre-order ‘The Birds and The Bees’ here.

Listen to the Audiobook and View the e-book here. 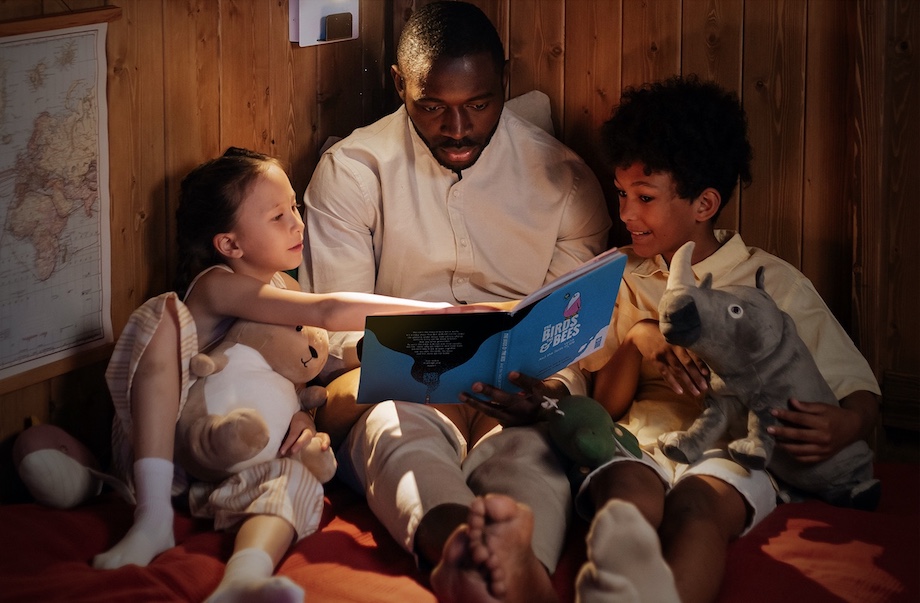