The Australian Marine Conservation Society (AMCS) and Innocean have launched the “Voice of the Sea”, an ongoing platform and campaign to empower future generations to protect our oceans. The song has been created and released in time for schools across Australia to pick up and perform at their end of year concerts.

AMCS has partnered with the king of environmental ballads, John Williamson, to write and compose an unrequited love song to the ocean, touching on all the big issues from overfishing to global warming, and coral bleaching, through an evocative melody that turns apathy into action.

Musician and conservationist, Williamson has sold more than 4 million albums in a career spanning 50 years. His hit True Blue has become an alternative national anthem while Rip Rip Woodchip became a soundtrack to logging protests.

Working with the Federal Department of Education, AMCS has already partnered with more than 30 schools across Australia from Sydney to Darwin, to educate students on ocean conservation through the song, film and choreography. By asking more schools to perform Voice of the Sea at their end of year concerts, the campaign aims to use one generation to inspire another – parents. 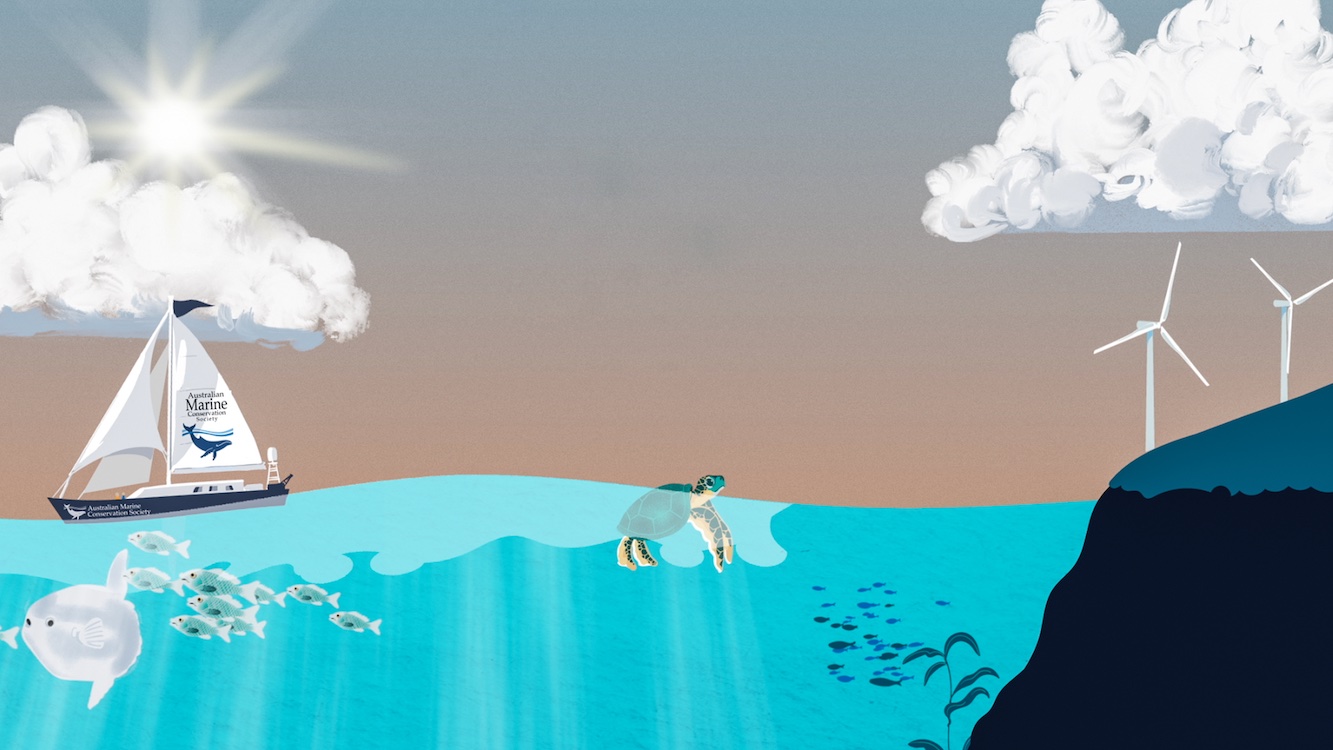 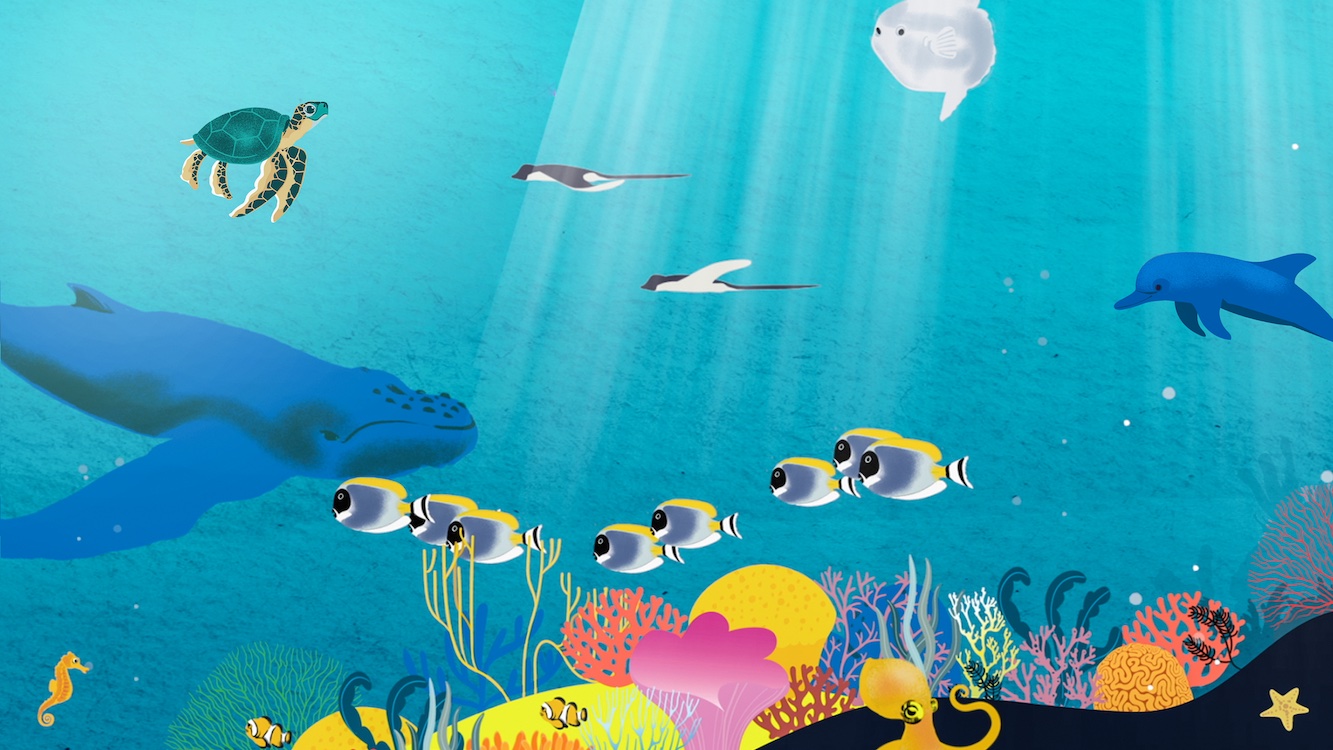 An animated lyric film is aimed at school children to make learning about ocean conservation fun. The film unpacks the concept of marine biology through charming yet powerful imagery as it follows a turtle through the ocean. Every frame becomes an opportunity to learn. The film itself was expertly brought to life by director and animator, Dropbear from Photoplay / Playtime, using stunning marine illustrations from artist Andrea Innocent. 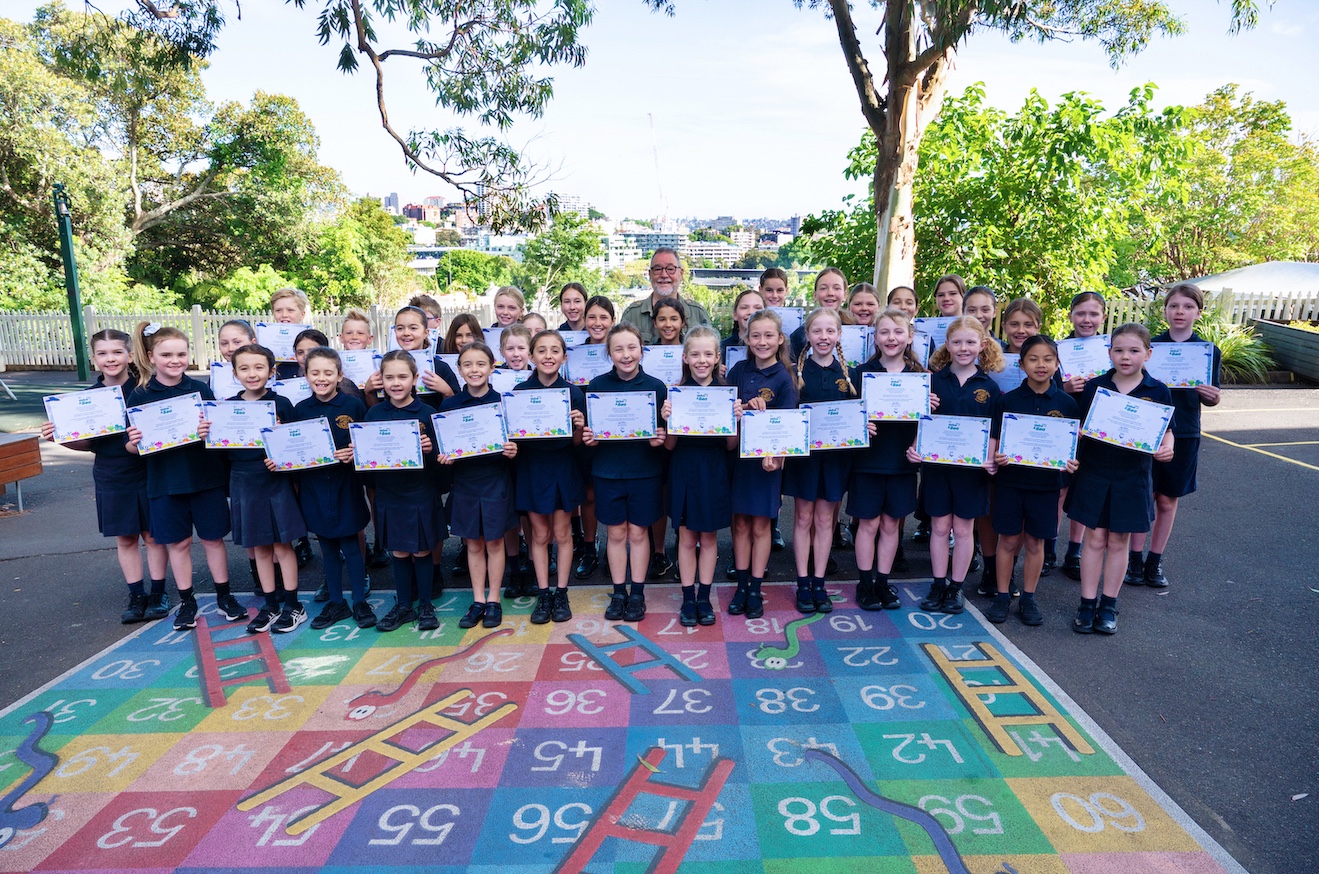 Further to the animated film, Innocean worked with AMCS to create a resource kit for teachers and educators, so they can discuss the film and educate their classes on all the issues raised in the song. The pack includes the animated film, lyrics, sheet music, an education fact sheet, certificates, the instrumental track and more. Schools can also apply for an AMCS marine biologist to visit their school for a one-on-one lesson

Says Williamson: “My affinity with the ocean is as strong as my connection to and love for the bush. When I sat down to write about our love for the oceans, I couldn’t help but think about all the problems we’ve caused our seas and their wildlife, even though we say we love them.

“Aussies love our oceans but how have we shown that love? By taking and not giving. So the song became an unrequited love song – where has it gone, your love for me?”

Says Darren Kindleysides, CEO, AMCS: “It’s more than a song, it’s a rallying cry. Our oceans and their wildlife face more threats today than ever before and we need all Australians to use their voices to speak out for them. The most significant conservation victories in history have resulted from people power – the combined voices of individuals for a common cause.

“The aim is to inspire the next generation of ocean protectors and through them their parents, teachers and communities, so that we can stand together and change the way we treat our oceans to take better care of them and their wildlife.”

Says Wez Hawes, executive creative director, Innocean: “In a world of bad news, we need to find new ways to engage Australians on environmental issues. Like Rip Rip Woodchip or Home Among the Gum Trees, we are injecting this song into Australian culture, working with schools to join our AMCS choir and sing the song at their end of year school concerts.

“The ‘Voice of the Sea’ is an ongoing platform that can cover all aspects of ocean conservation, but most importantly, can start to be ingrained in the fabric of Australian culture for generations to come. Partnering with John Williamson to create the song, and then the Department of Education to roll it out in schools, has been a career highlight and dream project for Innocean to be involved in.” 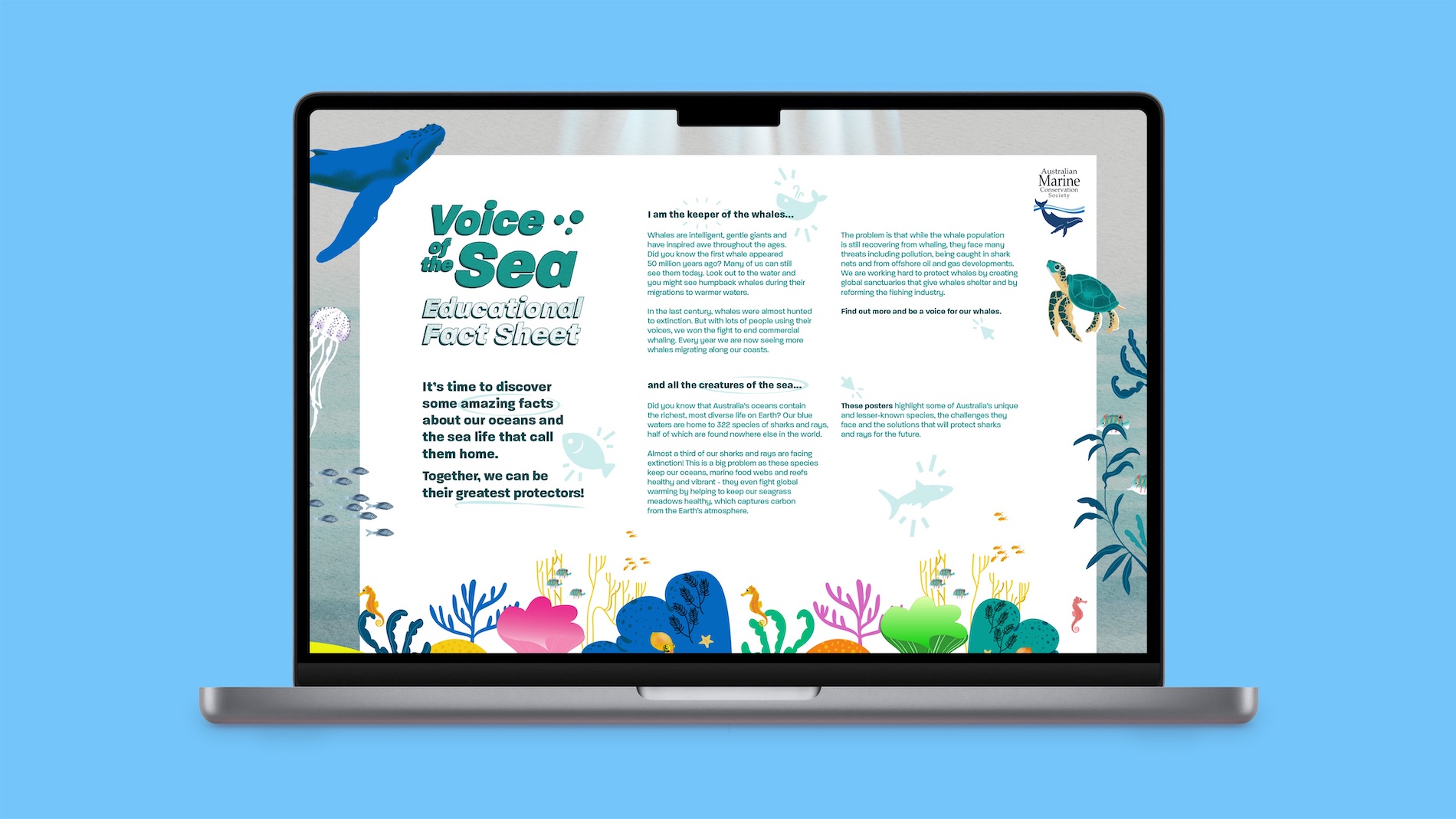 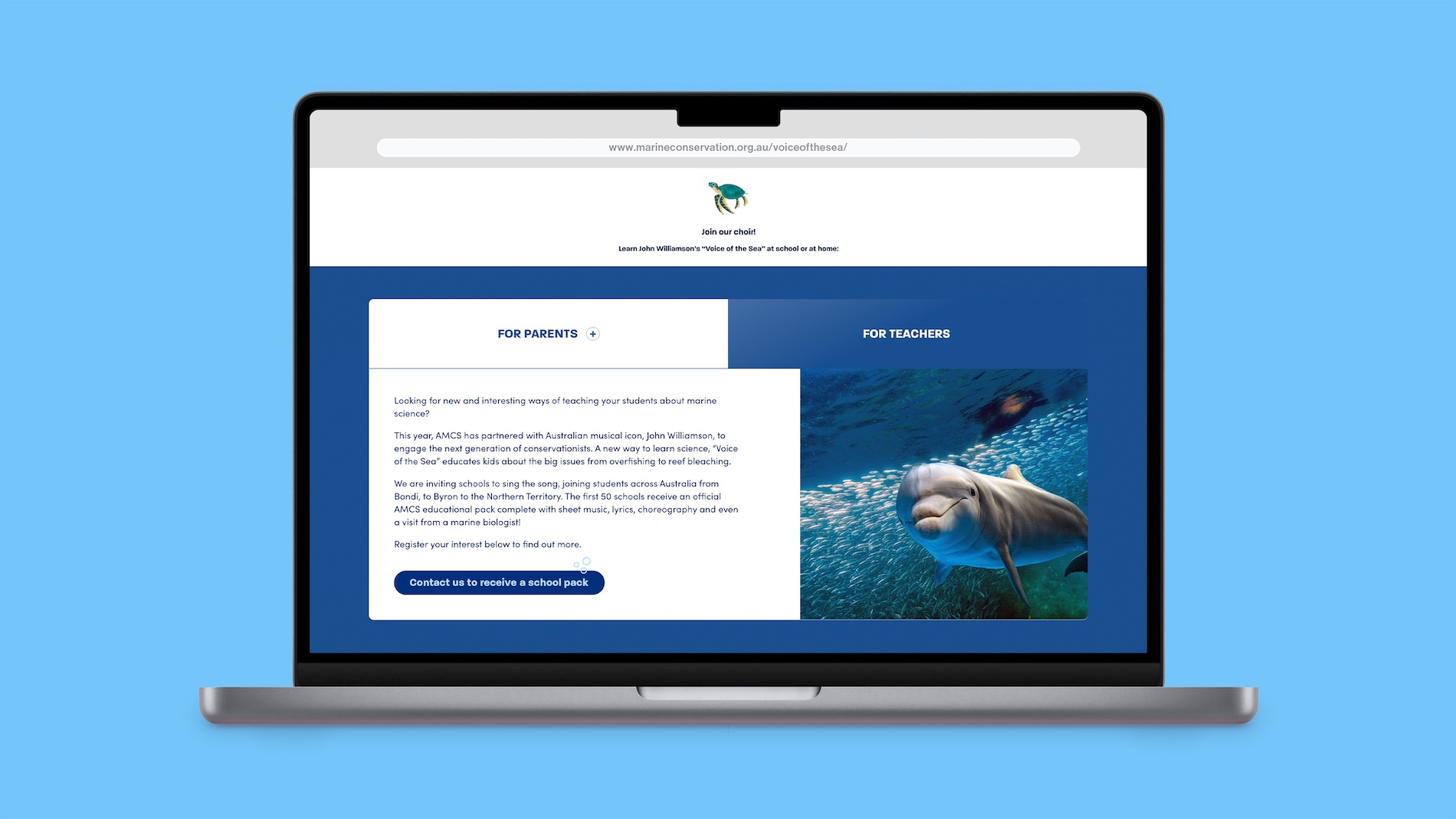