The angrier the internet, the cheaper the Snickers in new work via Clemenger BBDO, Melbourne 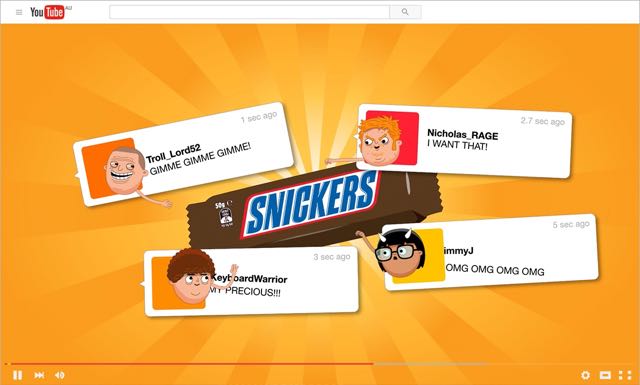 The Internet gets a little angry when it’s hungry. So Clemenger BBDO Melbourne and Mars Chocolate Australia have teamed up to create the Snickers Hungerithm – a hunger algorithm that monitors the mood of the Internet, and then lowers Snickers prices accordingly.

The angrier people get, the cheaper Snickers get, with prices updating over 140 times a day and dropping to as low as 82% off the normal shelf price. For example, if Donald Trump receives Republican Party endorsement, the price of a Snickers could plummet to 50 cents. 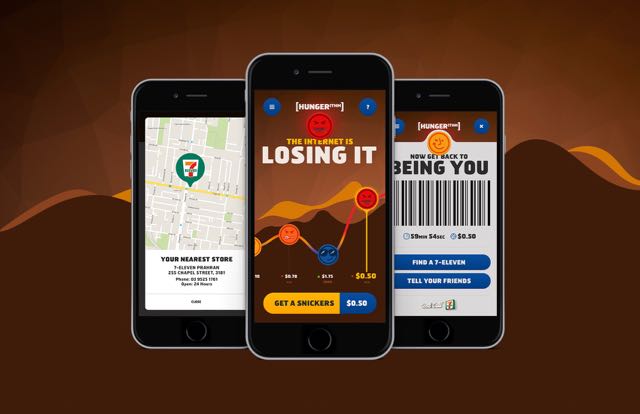 Built on a 3,000-word lexicon, the Hungerithm determines online mood by analysing around 14,000 social posts a day. It even understands slang, sarcasm and variations in context.

To claim their Snickers, users simply visit Snickers.com.au and click “Get a Snickers” to generate a unique barcode and head to any one of 7-Eleven’s 630 stores around the 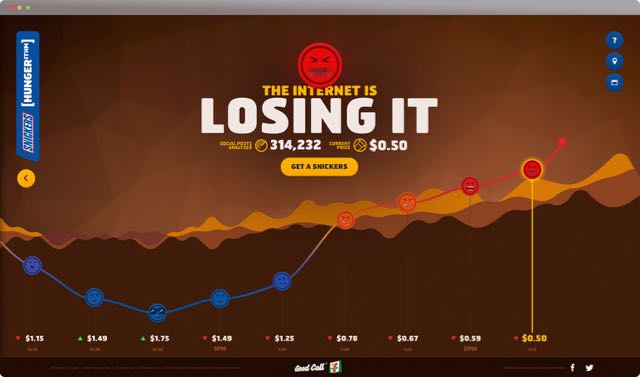 country. No downloading apps or printing vouchers is required.

Snickers marketing manager Renee Lewington says the Hungerithm is perfect for contentious times – such as the upcoming Federal election. 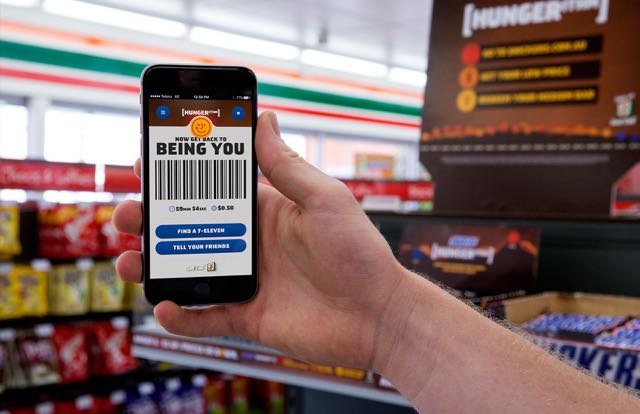 Snickers is on their side during trying times, and we plan to satisfy even more hungry consumers by rolling the Hungerithm out globally in 2017.”

Says Ant Keogh, executive creative director, Clemenger BBDO Melbourne: “Considering how quickly the Internet can swing from a place of sharing and enlightenment to one of incredible vitriol, we felt this was the perfect way to bring the, ‘You’re Not You When You’re Hungry’ platform to life.

“A data-led idea that changes the price of a global FMCG brand is an amazing opportunity. To launch it at scale through 7-Eleven is something else again.”

The Hungerithm is designed to bring Snickers world-famous “You’re Not You When You’re Hungry” campaign into the digital age by tying it to real-time reactions to real world events. The campaign has previously featured high profile celebrities such as Betty White, Robin Williams, Joe Pesci and Willem Dafoe (as Marilyn Monroe).

The nationwide campaign runs until June 27 and includes video, digital, outdoor, PR and social elements that generate and respond to conversation around real world events