To celebrate 25 years of the Telstra Business Women’s Awards, Telstra has unveiled a film via The Monkeys, part of Accenture Interactive, thanking those who have broken down barriers for women in business and made it easier for other women to progress.

The film depicts the speech of an award winner, but instead of just thanking those closest to her, she also thanks all of the women who have helped her get to where she is today.

Directed by Kyra Bartley at Finch, the film will run on TV, in-cinema and online along with supporting press and out-of-home advertising.

Says Genelle Sharples, principal, media, sponsorship and awards, Telstra: “Every step towards equality, no matter how big or small, adds up. To mark 25 years of the awards, we wanted to recognise those who are helping to bring equality closer.”

Says Stuart Alexander, creative director, The Monkeys: “Over the 25 years the awards have been running, some amazing women have changed the way we do business. It felt right to thank them for the brilliant work they’ve done.”

Nominations for the 2020 Telstra Business Women’s Awards are now open at telstrabusinesswomensawards.com 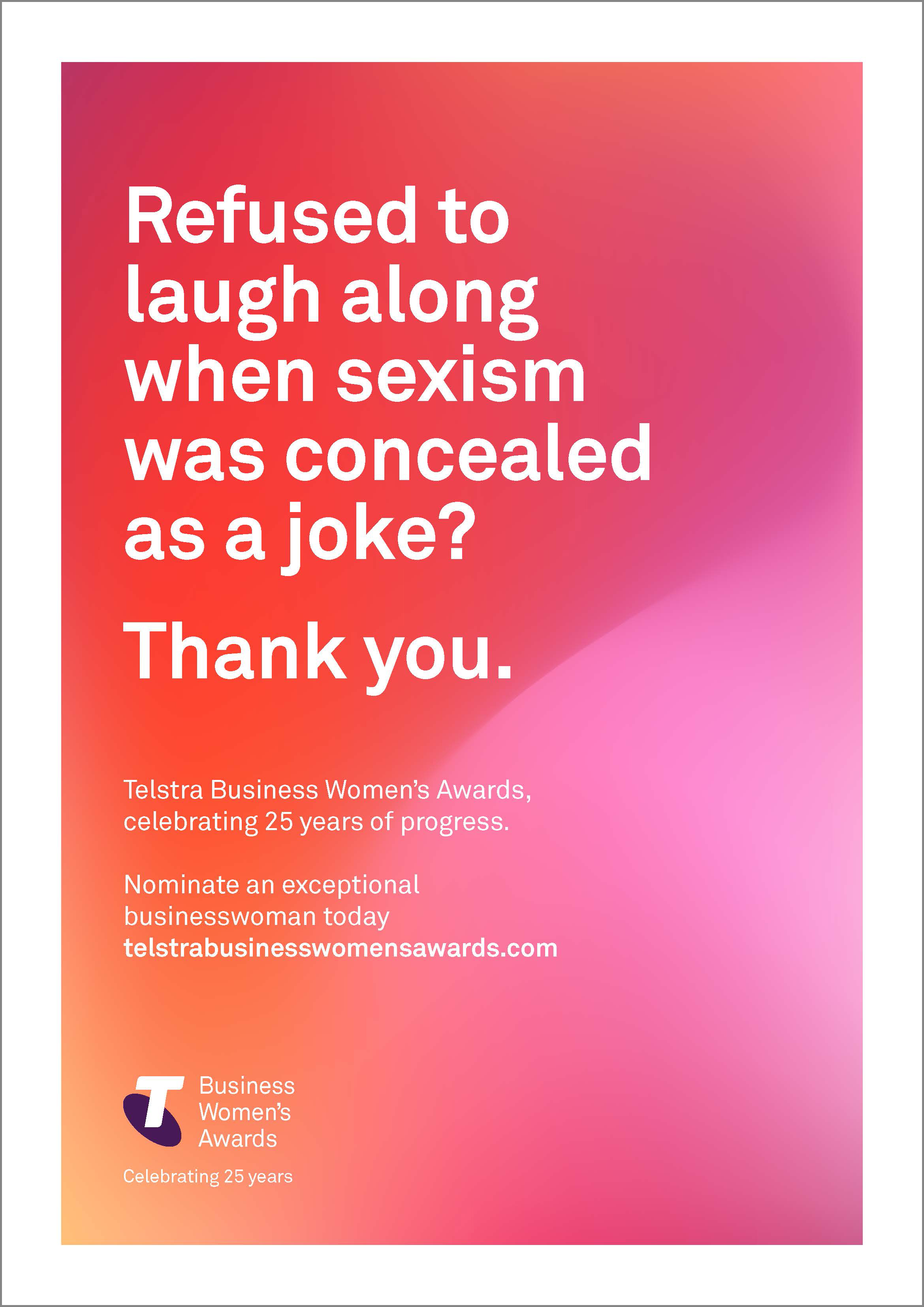 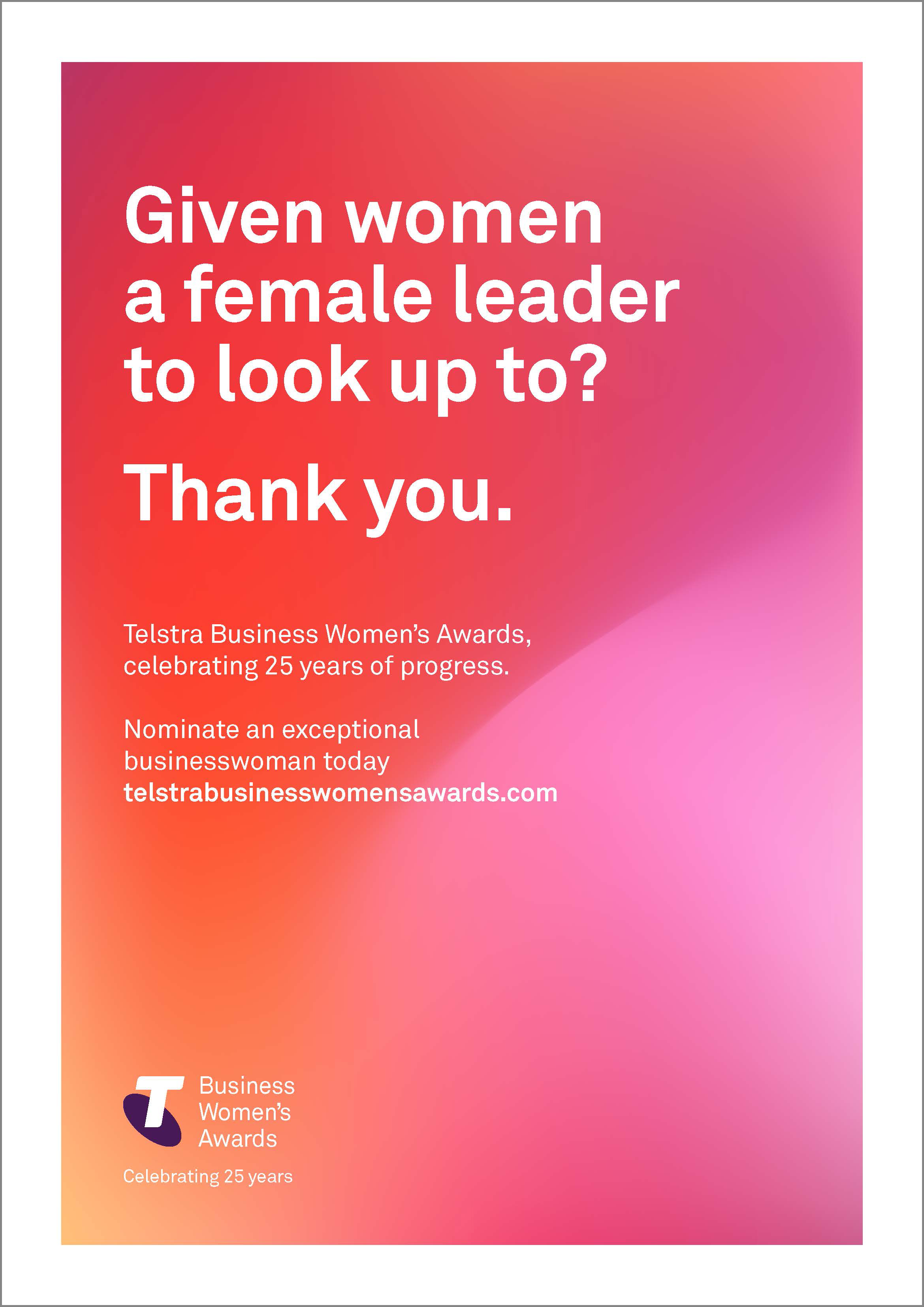