Telstra is bringing the footy back. Well, sort of. They say you have to roll with the punches, and with our beloved footy season on hold, Telstra proudly presents the Australian Dice Football League (ADFL), hosted by Andy Lee and featuring your favourite players from every club in the AFL. The concept was developed by Melbourne creative agency TABOO.

Rolling out on Friday 8 May, Australian Dice Football is the perfect stay-at-home substitute for our favourite winter pastime, pitting the stars of the AFL against each other in a simple and fun game everyone can enjoy, a perfect distraction for young footy fans needing a break from home-schooling.

Each week, AFL players will fly the flag for their club in a four-week tournament with fixtures that mirror what would have been Rounds 8-11 of the 2020 Toyota AFL Premiership Season to see who will be crowned the inaugural Telstra Australian Dice Football League champion.

ADFL matches will commence this Friday from 8pm and be available to watch at afl.com.au/dicefooty and through the AFL Official App as well as Telstra social channels, with the pick of the round one clashes being a 2019 semi final rematch with GWS’s Stephen Coniglio facing off against Collingwood’s Brodie Grundy. 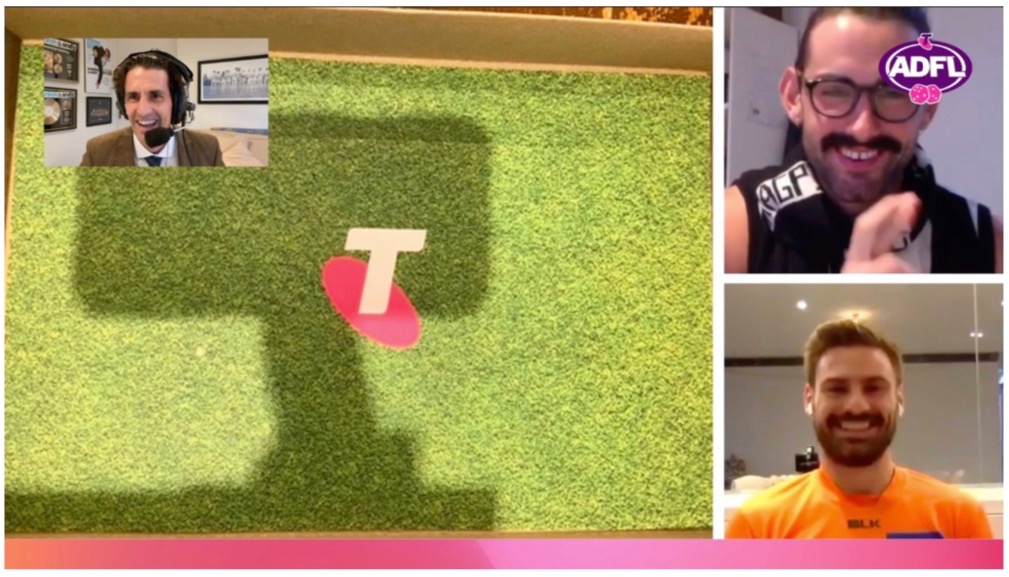 The game follows the familiar format of a footy match. Two opponents roll two dice each quarter. The first roll determines the goals (6 points per goal), and the second roll the behinds (1 point per behind). For example, when Patrick Dangerfield rolls a four and a two, that would be four goals and two behinds, a total of twenty-six points for Geelong Cats for the quarter.

Says Jeremy Nicholas, chief marketing officer, Telstra: “With footy on hold, we wanted to find a way to continue our support of AFL by giving fans a fun, entertaining game people of all ages can enjoy and be part of at home.

“We hope that it not only introduces a new pastime to families’ routines at home, but it also gives football fans the chance to get to know their favourite players better by seeing them close up and competing at home in the rough and tumble of dice footy. Telstra is really proud to support AFL and sport in Australia.” 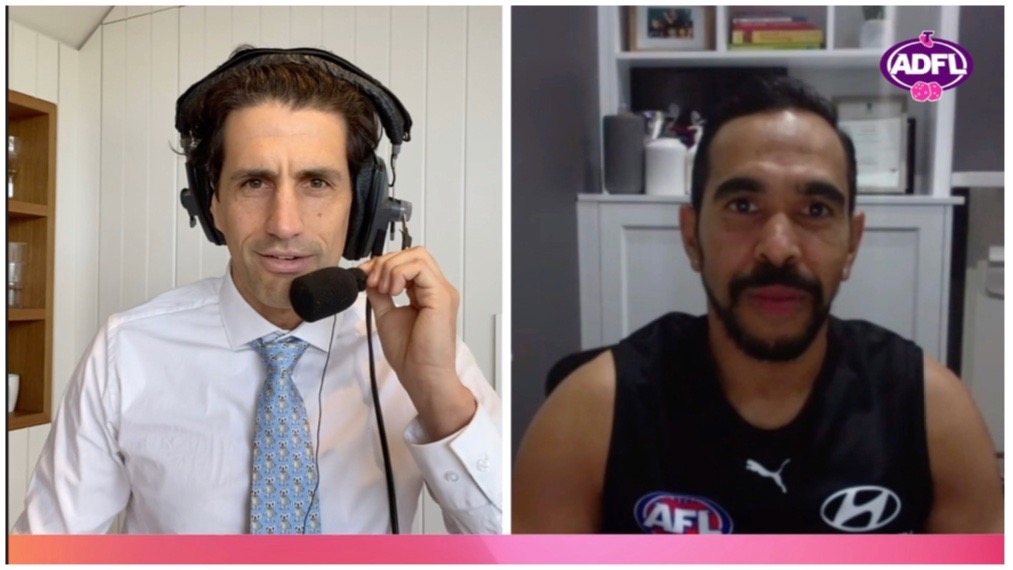 AFL general manager – growth, digital and audiences, Darren Birch, said the initiative by Telstra and the AFL is just another way the industry is coming together to support those at home: “It’s not quite footy as we know it, but through this uncertainty we can explore and experiment with some new ways to keep our fans entertained whilst giving our players the chance to perform in a totally different environment.”

Says Andy Lee, comedian and host of ADFL: “It’s great to see dice football played at the elite level as we see the likes of Selwood, Betts, Heppell, Grundy and Riewoldt run out this week. Obviously, there’ll be no home ground advantage cause all the players will be in their own homes. A truly level playing field, unless their desks or tables have a wonky leg but that’s on them.”

Says Tatum Ambler, senior strategist, TABOO: “The program allows footy fans unprecedented access to their favourite players by continually delivering innovative, engaging and exclusive virtual and real-world experiences. The ADFL is a demonstration of this and enables fans to connect with their footy heroes and club, at a time when they need it most.” 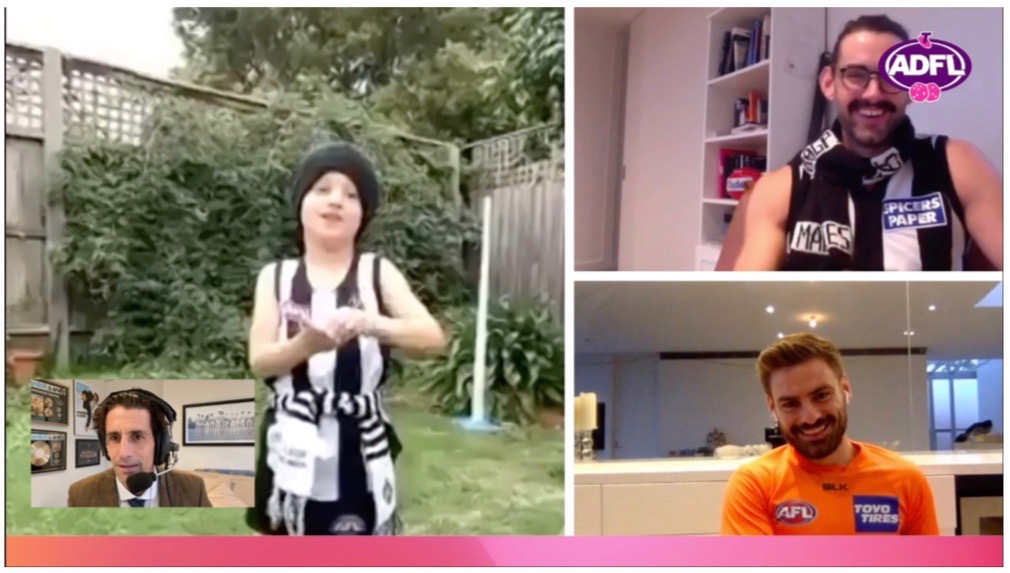 Telstra has been a proud partner of the AFL since 2002 and helps deliver digital experiences to fans through afl.com.au; the official AFL app for iOS, Android and TTV; player and team performance through the Telstra Tracker, as well as streaming every game live through the Telstra Live Pass. 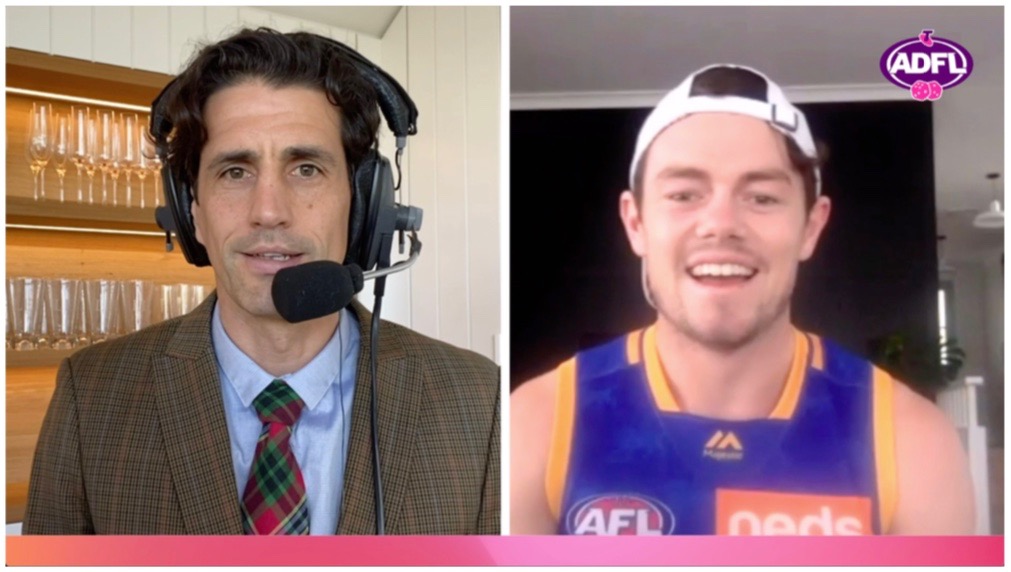 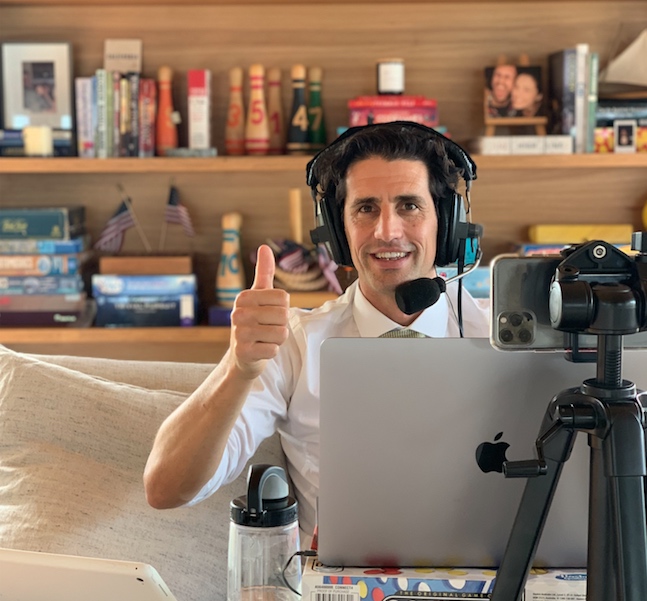