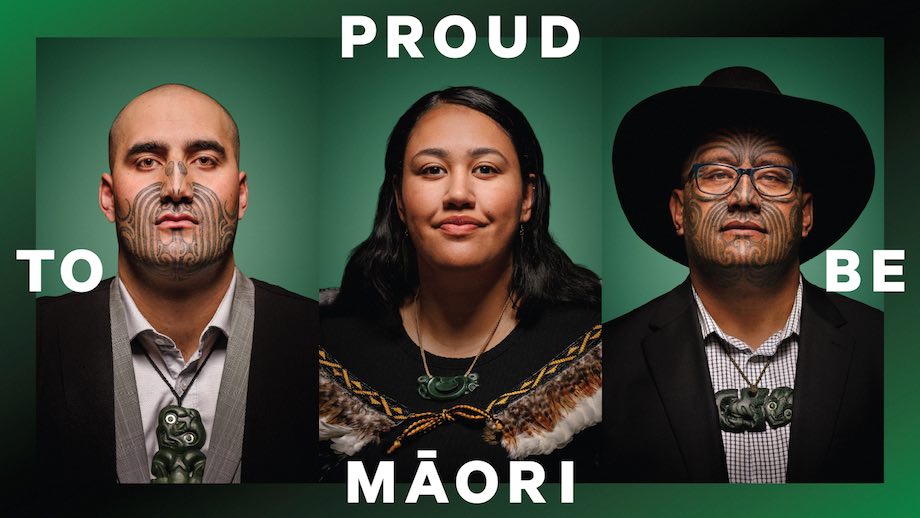 Founded as an advocate for its people – those who came to the city seeking work ­– the organisation acts as a navigator to light the path for its community by supporting positive life changes for whānau.

Launching this week, Proud To Be Māori has been rolled out across TV and digital with an accompanying OOH portrait series featuring some of the notable faces from the extended Waipareira whānau.

The film itself addresses the hardships Māori face and continue to endure today through a candid lens, then flips the narrative to show how asking for support is not a sign of weakness, but rather the essence of collective strength and solidarity.

Within a landscape of systemic racism and oppression, Waipareira COO Awerangi Tamihere explains how they created the campaign to empower the urban Māori community they serve and advocate for.

“The continuous fight for equality that Māori have endured reflects the mamae that’s been impacting generations. We know the challenges that tomorrow will bring. But we want – as the waiata goes – our people to hold their heads up high and let our voices fly, I’m proud to be Māori.”

The scenes in the film are elegantly woven together with a rendition of the waiata ‘You’re Magic’ sung by former Te Whānau O Waipareira member and current Māori Party MP, Rawiri Waititi.

Says Sam Stuchbury, creative director, Motion Sickness: “When we began to dig into the creative approach we felt the only way to do this brief justice was to have an unwavering directness to our messaging. Cut through the noise and say what everyone’s thinking by speaking the truth. That’s what would connect and make an impact with the people who see this campaign. Collaborating with the Waipareira whānau, we landed in a place where we all agreed – let’s not hold anything back.

“A key consideration for the creative was, how do we create an emotive mood, but still feel inspiring? We decided to do this with strong music and sound design to give the film gravity and progression. The style of filming was very intimate, through handheld camera movements. This gave it a sense of energy I don’t think we would have achieved otherwise.”

Says Will Macdonald, creative, Motion Sickness: “There is no single Māori experience. Overall, our hope is that people understand this campaign is merely the vehicle for “Proud to be Māori”, a statement of self-belief that can accomplish much more than any piece of advertising alone.”

Speaking on behalf of Waipareira, digital lead Katene Durie-Doherty says the partnership behind the scenes with Motion Sickness was integral to bringing their vision to life: “We have had the absolute pleasure of collaborating with Motion Sickness over the past few months. They have delivered hope, resilience and pride to our people and the communities they represent. They have set a new benchmark not only for what a campaign can do but what authentic and meaningful cultural engagement and diversity in New Zealand can achieve when united.”

The reception of the campaign, which only kicked off on Monday, has been nothing short of special, spreading like wildfire with over 150,000 organic views on social media, over 4,000 shares and overwhelmingly positive feedback from the community.