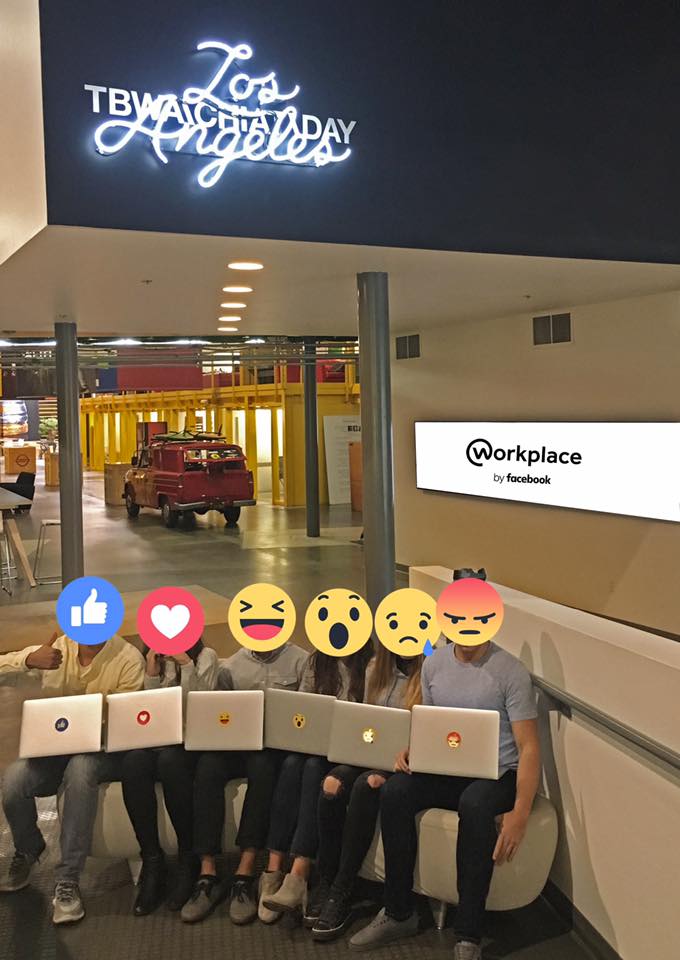 Advertising agency TBWA Worldwide has launched Workplace by Facebook to its over 11,000 employees around the globe. TBWA joins more than 1,000 other early adopters in rolling out the new Workplace platform, which streamlines internal communication and collaboration, and allows participating companies to build, scale and sustain company culture using the universally familiar, mobile-first Facebook platform.

Says Troy Ruhanen, president and CEO, TBWA Worldwide on the global rollout: “As a company, we know that our potential is unlocked only when we connect with each other and share ideas, knowledge and inspiration. To that end, I truly believe that Workplace is forward-thinking business behavior that is going to drive innovation in the way in which we work, and the work that we do for our clients. We are excited to partner with Facebook on this latest venture, and look forward to seeing it fuel the power of our creative collective.”

Facebook has brought the very best of its platform to Workplace, including its basic infrastructure, such as News Feed, and the ability to create and share in Groups or via chat–plus useful features such as Live, Reactions, Search and Trending posts.

There are also unique Workplace-only features that companies can benefit from, such as a dashboard with analytics and integrations with single sign-on, in addition to identity providers that allow companies to more easily integrate Workplace with their existing IT systems.

Says Paul Bradbury, CEO, TBWA Australia New Zealand: “Employees expect the same level of innovation in their professional lives as their personal ones. They want to use what they already know.”

The TBWA\Group in France piloted Workplace for three months prior to TBWA’s global rollout, with 50% of the company’s employee base signing up on the first day.

Says Guillaume Pannaud, president, TBWA\France on the successful pilot in France: “Workplace by Facebook has been a fantastic tool for sharing, in real time, the culture and the work of the TBWA\France group. It gives us the opportunity to unite our 14 agencies around one project. On top of that, it has led to the creation of multiple and diverse communities in the group, around ongoing and upcoming projects. It is useful, inspiring and energizing for each and every one of us.”

TBWA is also one of 13 official Workplace service partners and is able to offer clients guidance on how to implement Workplace in their businesses.