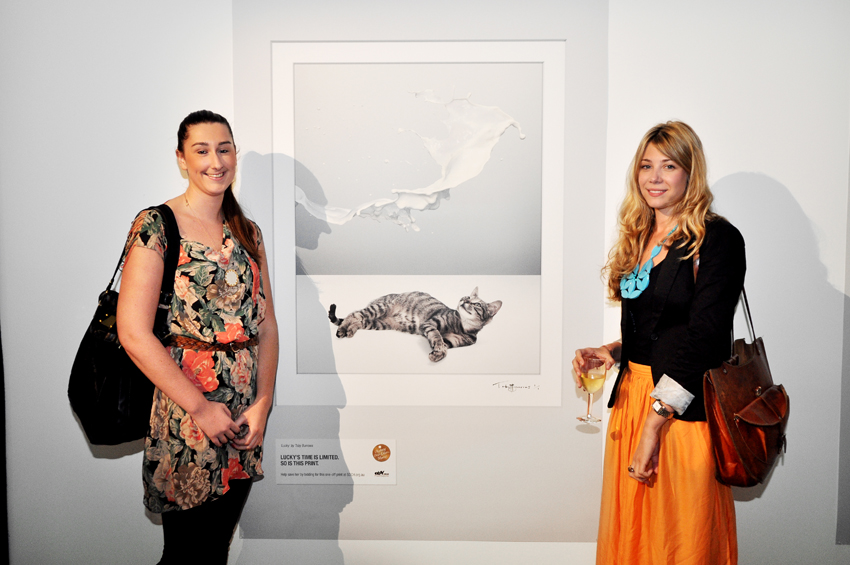 Dr Katrina Warren, theBondi Vet Dr Chris Brown and Claire Hooper of both Network 10’s ‘Good NewsWeek’ and Mix 106.5FM were among the throng at the S2 Gallery in Chippendale toview and bid on the stunning photographic portraits of shelter animals ondisplay.

‘Limited Edition’ was conceived and created byM&C Saatchi. It involves 21 of Australia’s best photographers who donatedtheir time and expertise to shoot one-off portraits of 63 dogs and cats as wellas the odd rabbit and duck from SD&CH for an exhibition-type campaign thatwill use all of Sydney as its gallery.

The one-of-a-kind prints, signed and numbered bythe photographer, have been rendered into superlites (large advertisingposters) donated by Adshel for display in high traffic locations all overSydney from today. Adshel is donating $225,000 worth of media to thecampaign.

The public will be directed to the SD&CHwebsite (SDCH.org.au) where they can view the entire ‘Limited Edition’exhibition and either bid for a one-off print, adopt the animal in it or donateto the SD&CH.

eBay will be donating its services for the onlineauction of the prints and will promote it on the ebay.com.au homepage for theduration of the campaign.

The campaign got off to a flying start with allfive portraits in a silent auction sold on Thursday night, raising more than$3000 for SD&CH towards its goal of ‘Getting to Zero’ – to eradicate allunnecessary euthanasia of healthy domestic animals.

Speaking at the launch SD&CH StrategicOperations Manager Tim Vasudeva said better marketing of rescue pets to the community is a key component ofthe Getting To Zero Euthanasia initiative.

“Approximately 500,000new puppies are bred every year in Australia and at the same time pounds andshelters kill 250,000 unwanted dogs and cats – so from my perspective theargument that ‘there aren’t enough homes’ for the pounds and shelters everyyear is something of a misnomer,” Vasudeva said.

“There are enoughhomes, it’s just that those homes choose a pet store over a rescue pet  because breeders and pet shops do amuch better job of marketing their pets to adopters than we do in rescue.”

SD&CH needs toeducate the public to the wide variety of wonderful breeds, shapes and sizeswho end up looking for new homes through no fault of their own, Vasudeva said.

“The ‘Limited Edition’campaign achieves this brilliantly.”

Dr Katrina Warren was chaperoned by Riley, a Golden Retriever former shelterinhabitant. Dr Katrina fostered Riley after he was found dumped outside a rural NSW pound weighing 17kg (as opposedto the 28kg he weighs now).

Having spent time rehabilitating Riley in her care Dr Katrina decided that hehad settled in so well with her family that she formally adopted him just thisweek.

“Riley is a greatexample of there being a rescue animal that suits any family’s needs,” DrKatrina said.

“I needed a dog thatis great with children and other animals and Riley fits the bill perfectly.”

M&C Saatchi senior creative Jason Woelfl saidit’s not every day in this industry that you get to bring creatives together towork on a campaign that makes a real difference in the community andacknowledges the work done by a great charity organisation.

“A speci
al thanks has to go to the photographersthat did an extraordinary job creating some truly memorable work.”

Limited Edition made possible by:

M&C Saatchi, AdShel, eBay, We Are Social, Luscious and The Print Room. 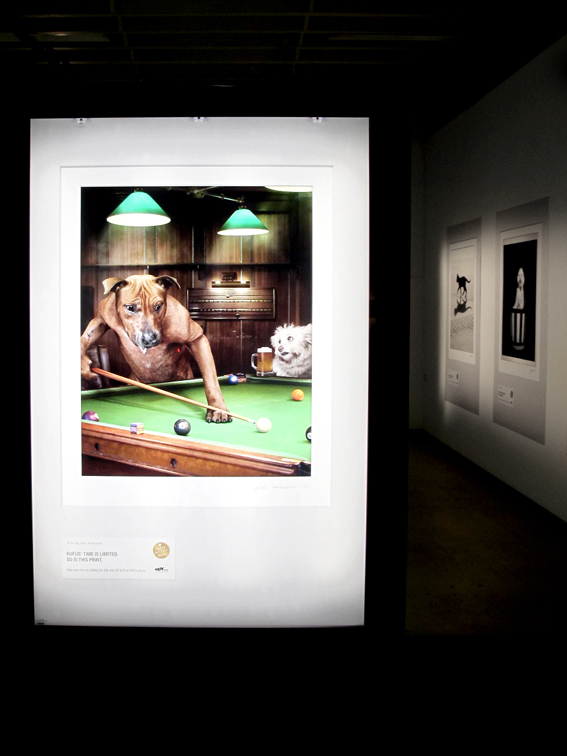 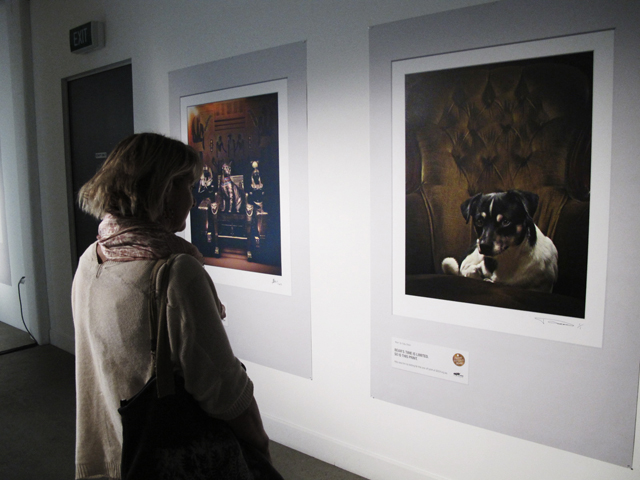 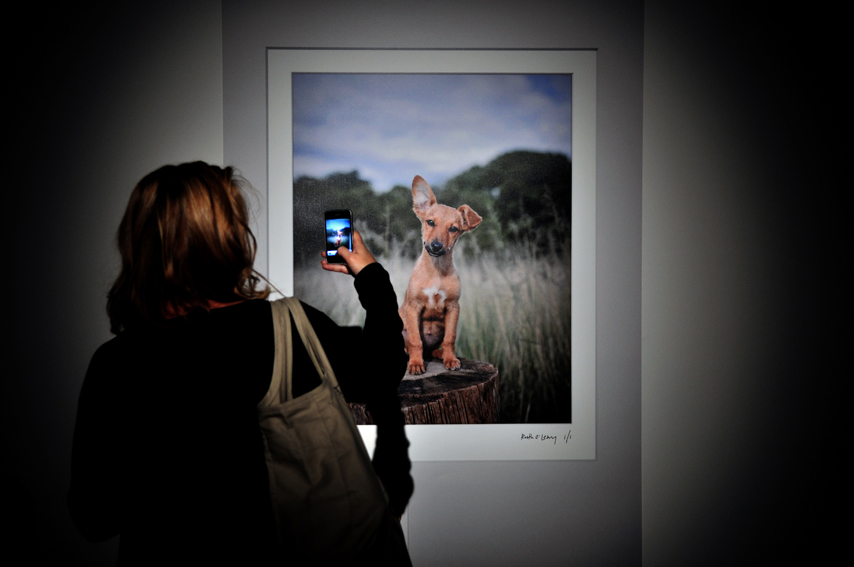 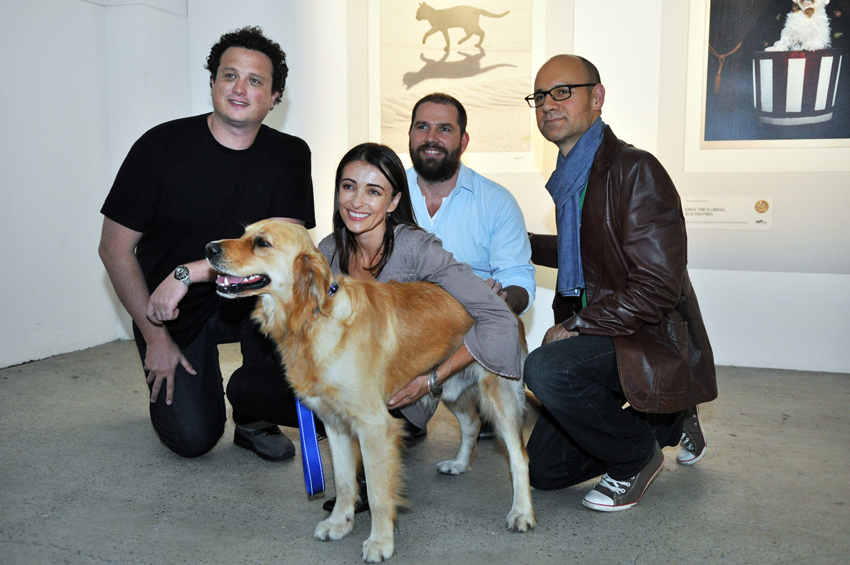