Victoria’s Transport Accident Commission (TAC) has premiered the third annual Split Second Film Competition’s winning film, the medieval epic A Trial Before the King. Conceived by TABOO in 2018 for the TAC, the film competition calls on young filmmakers aged 18 to 25 to develop their own 45-second film idea highlighting mobile phone related driver distraction.

Alex Lowes took out the competition with his fantasy-themed film which was picked as the winning script from over 200 entrants and Firass Dirani as lead character King Elmore.

Lowes faced a panel of judges from the TAC and Victorian film and advertising industry to secure the win along with $5,000 in prize money and a $50,000 production budget to bring the film to life with award-winning production company AIRBAG.

The film puts a medieval spin on road safety and tells the story of a young peasant in her early-twenties, accused of riding her horse into a market stall. Facing a tribunal, King Elmore finds her guilty of putting quill to parchment while commanding her horse.

Says Lowes: “The Split Second Film Competition is an amazing opportunity for aspiring filmmakers like myself. I’m grateful to the TAC for the chance to produce my film. Mobile phones are a very serious distraction while driving, so it feels rewarding to be involved in a project that uses humour and the popular fantasy genre to convey a strong message to my peers.”

Says Nick Jamieson, executive creative director, TABOO: “Each year we try to make the competition bigger and better – and this year’s film is going to be hard to beat. Alex’s hilarious script once again demonstrates the amount of fresh thinking, creativity and passion young Victorians have for road safety.

“The director, Nick Carlton, and the crew at AIRBAG have outdone themselves again, creating a piece of film that punches well above its weight. Throw in Logie-winning actor Firass Dirani and you’ve got yourself a mini blockbuster.”

According to TAC data, drivers between the age 18 and 25 are twice as likely to make a phone call than older drivers, four times more likely to text, and they are more likely to read emails or use the internet while driving.

The dangers of distracted driving are significant: a two-second glance at your phone while driving at 50km/h means travelling blind for 28 metres; this increases to 55 metres when travelling at 100km/h.

Transport Accident Commission chief executive officer Joe Calafiore said young people are some of Victoria’s most vulnerable road users and the competition allows critical road safety messaging to reach them: “We know that young drivers are significantly more likely to be distracted while behind the wheel and Alex’s submission has managed to convey this message in a manner that uses humour and fantasy to encourage young drivers to think about their own behaviours while on the road.

“We had so many amazing ideas come through as part of the third annual Split Second Film Competition and we want to thank every single young Victorian who took the time to sit down, think about road safety and come up with a creative way to portray this message through film.”

A Trial Before the King will screen at Village Cinemas before blockbuster films from February to April across Victoria.

Young filmmakers inspired to flex their creativity all the while making Victorian roads safer can head to www.tac.vic.gov.au/road-safety/split-second to find out about the 2021 Split Second film competition. 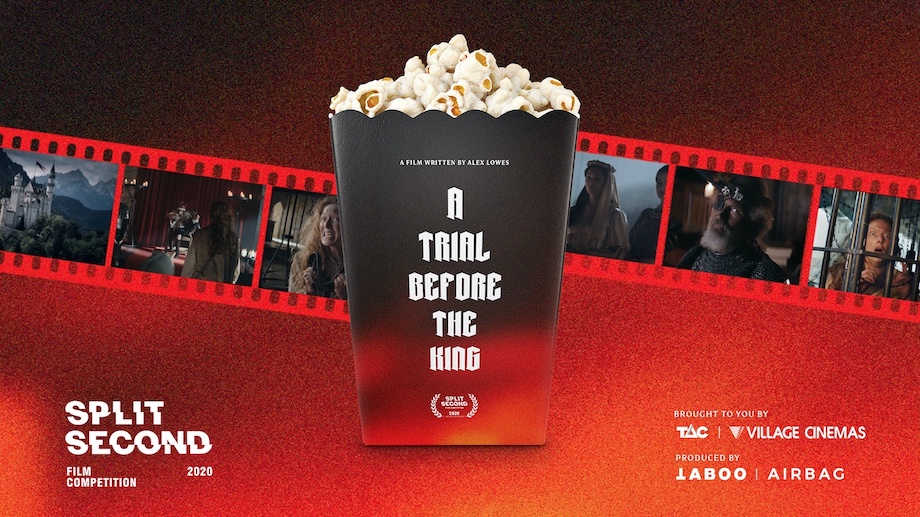 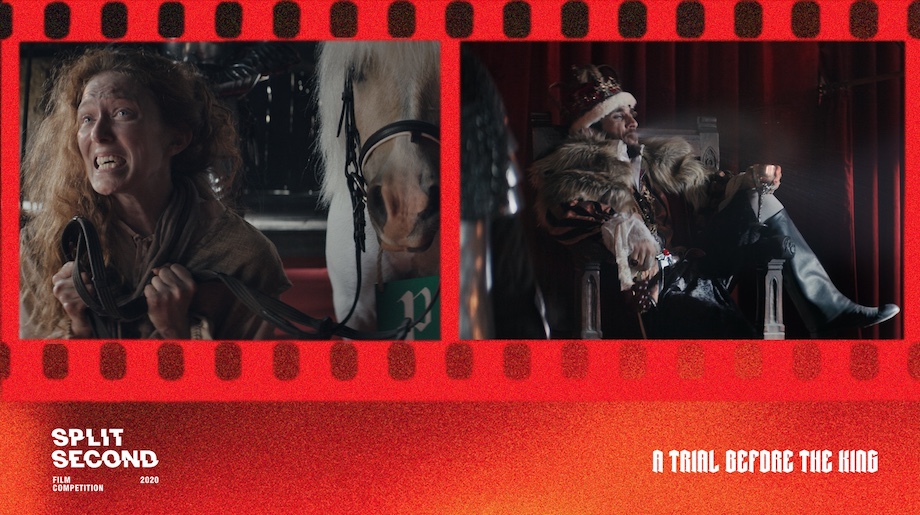 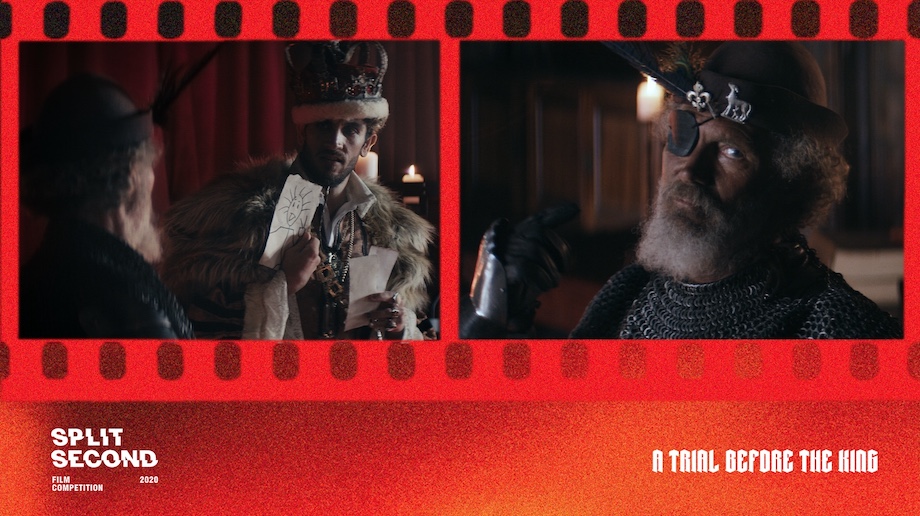 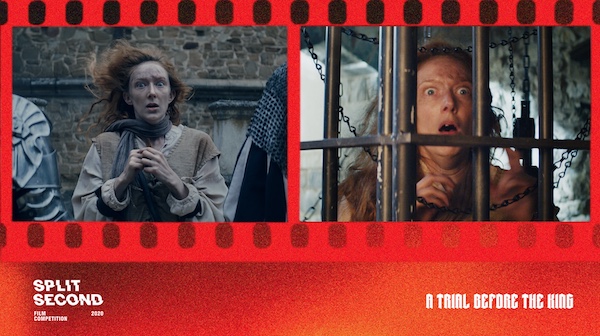 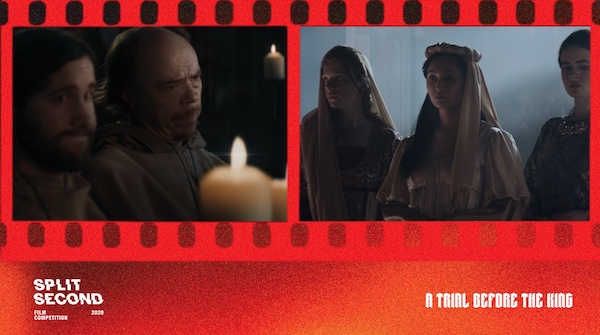 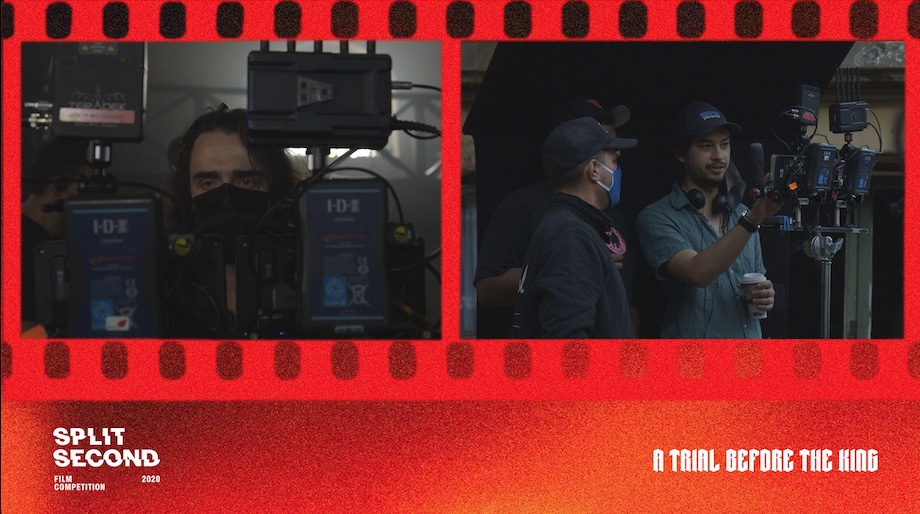