Now in its third consecutive year, Victoria’s Transport Accident Commission (TAC) Split Second film competition is back for 2020. Conceived by TABOO in 2018 for the TAC, the film competition calls on budding young filmmakers aged 18 to 25 to develop their own 45-second film idea highlighting mobile phone related driver distraction.

This year’s exciting new plot twist comes in the form of two new cast members, with Village Cinemas partnering with the TAC to feature the winning film during summer blockbuster screenings across Victoria, and Australian actor and Logie winner, Firass Dirani.

Known for his roles in Underbelly: The Golden Mile and House Husbands, Dirani has come on board to support the campaign by featuring in the winner’s film, with competition entrants required to write Dirani into their script.

Says Nick Jamieson, executive creative director, TABOO: “Each year, we look at how we can make the competition bigger, better and more exciting for entrants. So, we’re incredibly excited for 2020 with our new partners, Village Cinemas, and the addition of Logie-winning actor, Firass Dirani, who’ll be starring in the winning film.”

Over the past two years, over 220 film ideas have been submitted as part of the Split Second film competition, with young filmmakers inspired to champion road safety through their art.

In 2018, 21 year-old film student Callum Borthwick won the competition with his film Gates of Heaven, which screened at the Melbourne International Film Festival to thousands of film aficionados.

Alyssa De Leo also achieved career success after winning in 2019 with her film, The Afterlife Bar, depicting well-known historical figures who were taken before their time. The short film saw De Leo go on to secure an internship with TABOO and win the film category at MADC Stars Creative Showcase. The 2019 Competition was also selected for Campaign Brief’s The Work 2020 list.

This year’s winner will face a panel of judges from the TAC and Victorian film and advertising industry heavyweights, with the winning filmmaker receiving $5,000 prize money and a $50,000 production budget to make their film, with the help of Dirani and award-winning production company AIRBAG.

Competition entries are now open, calling for submissions from this week onwards via social media, supported by PR and influencer engagement driven by Alt/Shift.

The Split Second competition will close on Wednesday 23 September, with the winning entry announced on Thursday 15th October. Eligible Victorians can enter via tac.vic.gov.au/road-safety/split-second. 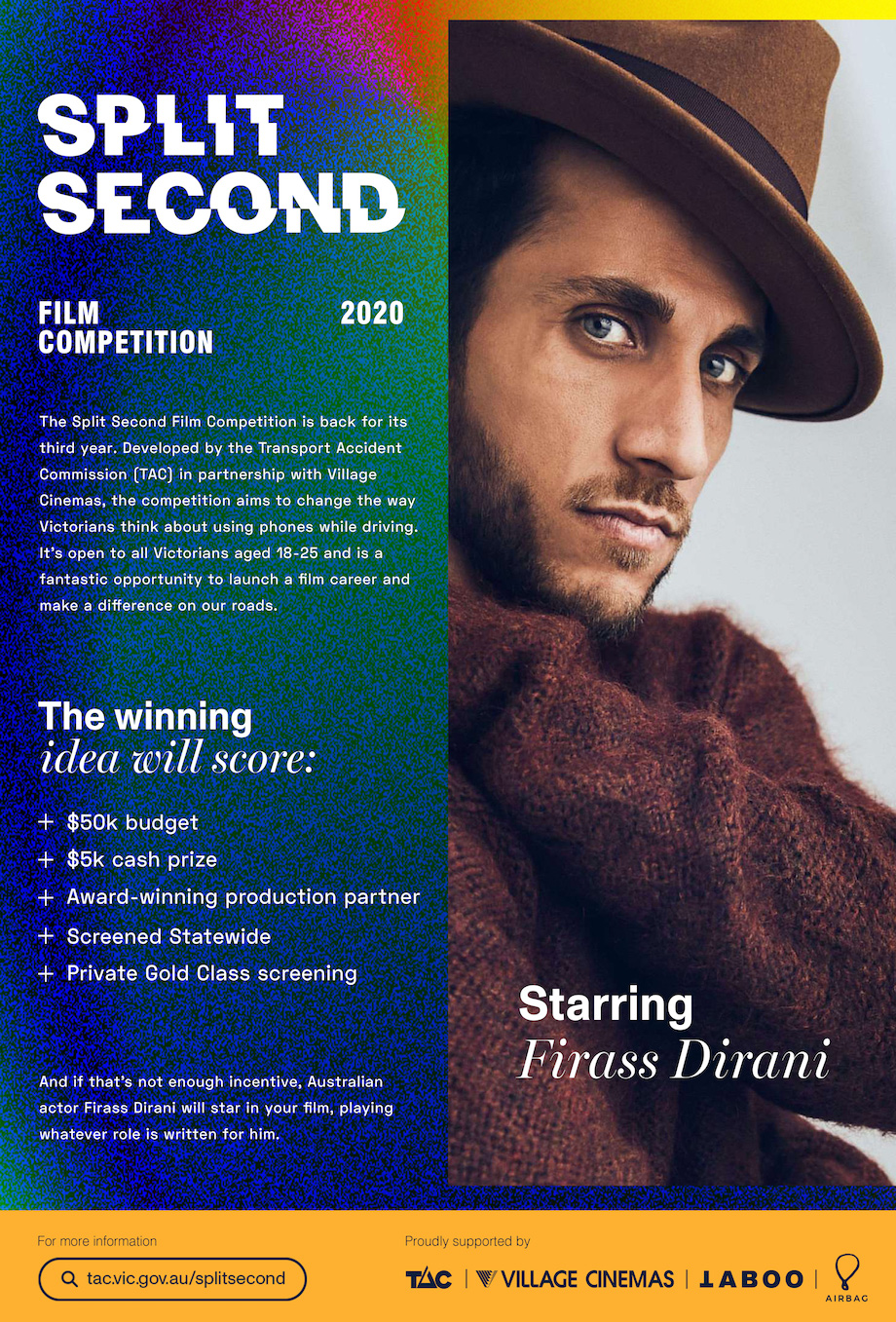