The Transport Accident Commission (TAC) has teamed up with the Melbourne International Comedy Festival to deliver a serious message with a unique comedy twist via Graffiti Experiential.

Prominent comic Sam Simmons struck the balance between entertainment and education, writing and hosting online content pieces and a walking comedy show ‘LOL While You Stroll’, which highlighted the perils of being a pedestrian.

With over 700,000 people visiting the CBD each year during Melbourne International Comedy Festival, it was vital to get the message out for pedestrians to ditch the distractions – which includes headphones and mobile phones – and pay attention while they’re on the streets.

The campaign was created by Graffiti Experiential and Melbourne International Comedy Festival, a partnership TAC has supported for the past three years.

In his signature quirky style, Simmons hosted 40 competition winners across two ‘LOL While you Stroll’ Shows during the Festival. Totally focused, and phone-free, show-goers walked the streets of Melbourne accompanied by hilarious commentary from Simmons. Melbourne Comedy Festival favourites Mark Watson, Granny Bingo, Steph Tisdell, Rhys Nicholson, Nikki Britton and Aaron Gocs (who looked the part as the Lollipop Man) made cameo appearances along the way.

The campaign forms part of TAC’s Towards Zero strategy, which aims for zero deaths and serious injuries on our roads. Pedestrian deaths increased in 2018, with 38 deaths compared to 31 in 2017, with 32 of those deaths occurring in built-up areas in metropolitan Melbourne.

Says Meg Jacobs, senior manager engagement, TAC: “It doesn’t matter whether we’re driving a car, riding a bike or walking, if every road user is entirely focussed on what is happening around them, we would see an immediate reduction in deaths and injuries on our roads.

“You see it far too often – people looking down at their phones or using headphones, oblivious to their surroundings. Pedestrians are vulnerable and have no protection in the event of an incident in traffic, so it is also critical that motorists are just as vigilant and keep their speeds low.”

Damien Hodgkinson, executive director, Melbourne International Comedy Festival said the Festival is delighted to work with TAC and the team at Graffiti for a third year to bring pedestrian safety messages to audience at the Festival and beyond: “With hundreds of thousands of comedy lovers packing into our busy city, and moving from venues to restaurants, and back to venues every night across the 26 day Festival, we want to make sure they are doing so safely.

“Working with Graffiti and TAC to bring this to life has been a true partnership, and we were so fortunate to work with Sam Simmons to bring humour and comedian collaboration to our activation.”

Kerrie Spaargaren, managing director, Graffiti Experiential said the Festival campaign was a great example of strong collaboration between all stakeholders: “We aimed to create the ultimate in branded content with Sam Simmons, and only he could deliver lessons of pedestrian safety in such a hilarious, unique way.

“We worked with the talented Melbourne Comedy Festival team to make sure the show was produced like any other Festival show, which meant it was quirky, authentic and a created natural platform to deliver an important message and leverage the partnership.” 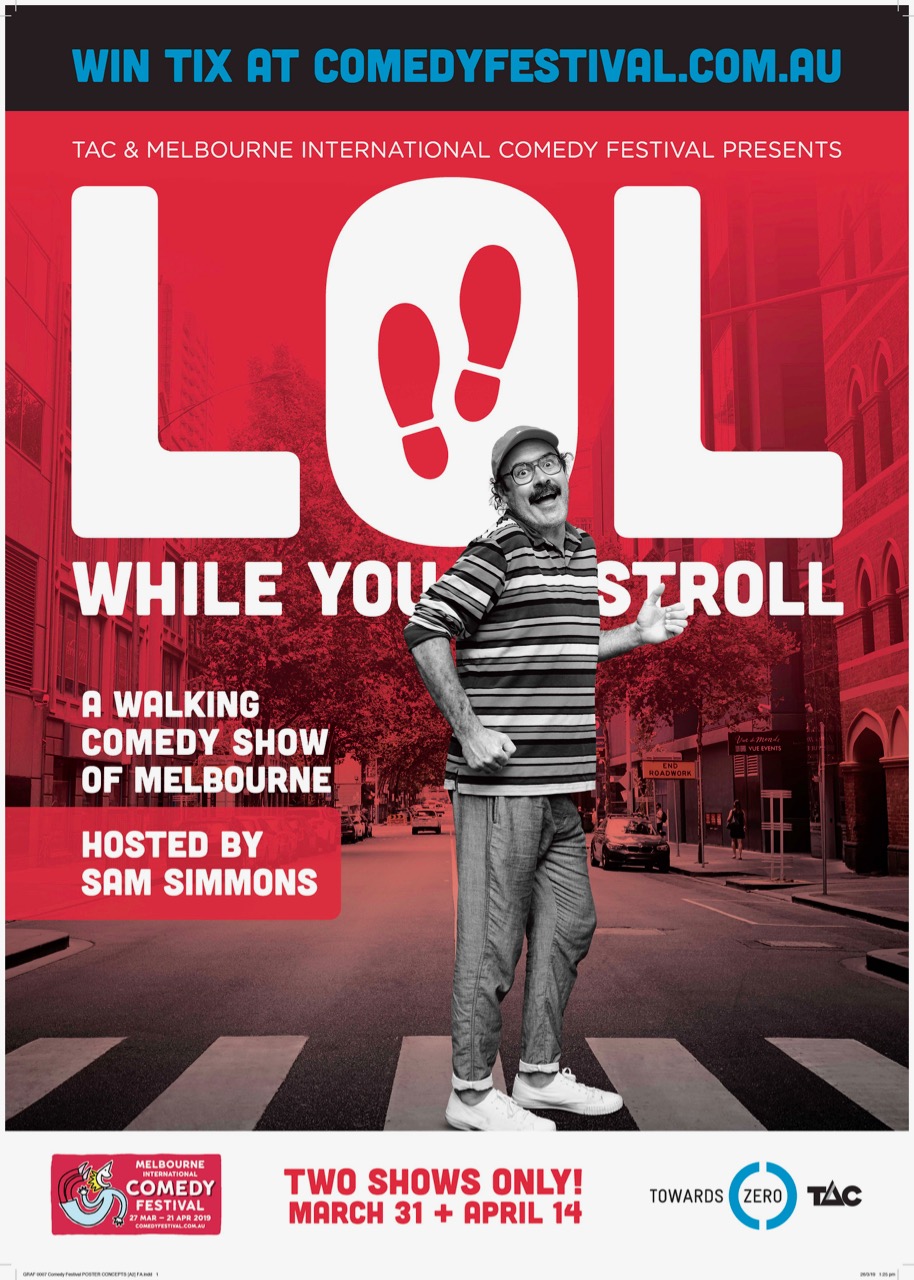 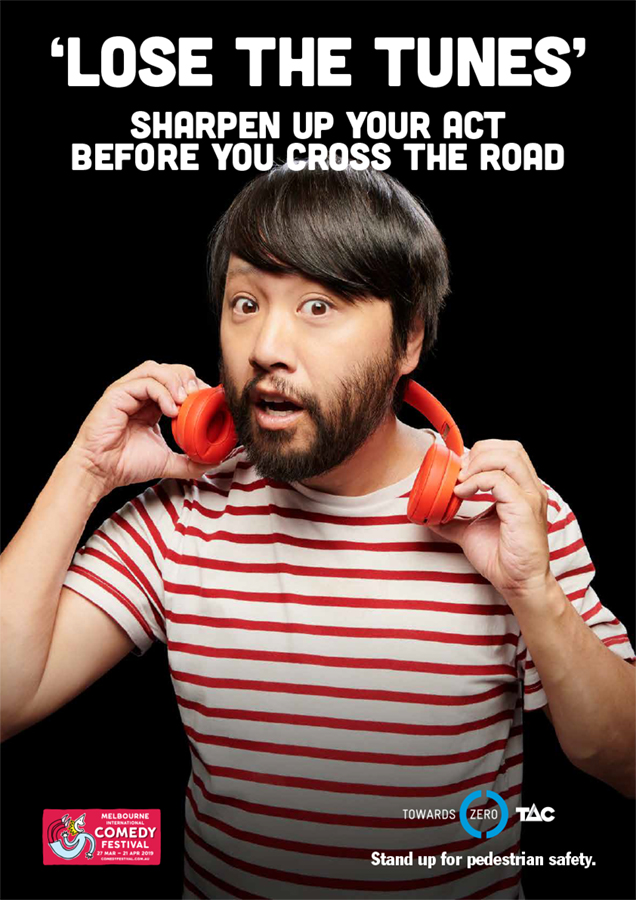 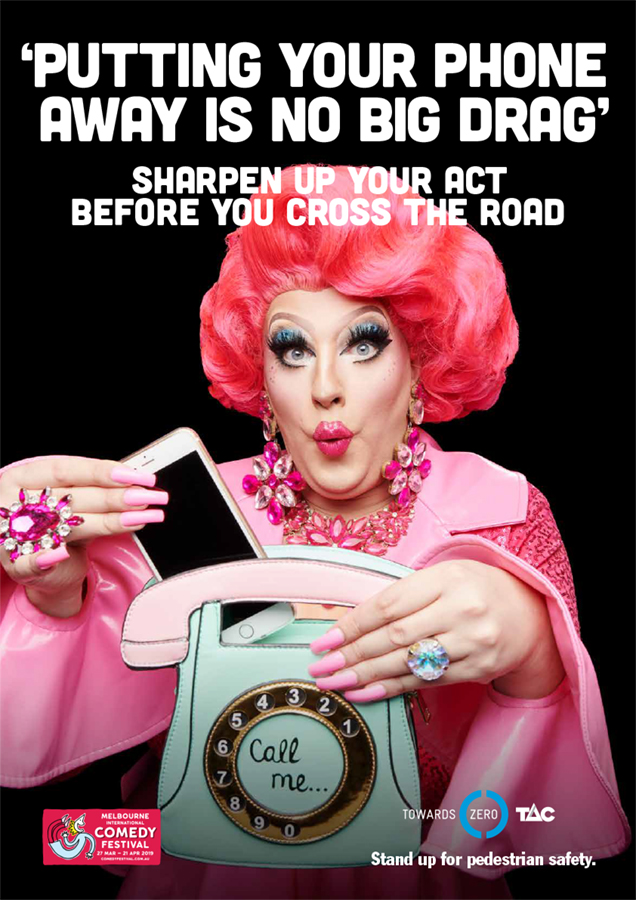