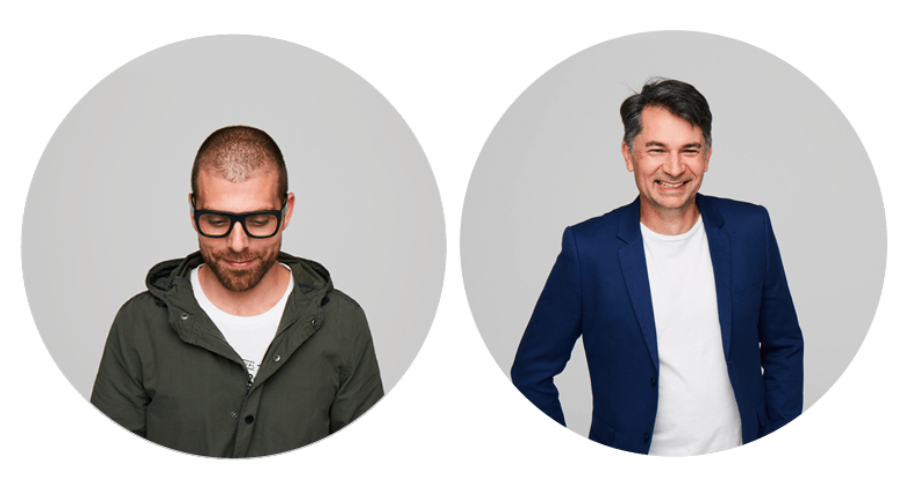 Brand agency For The People started in Sydney five years ago with the intention of “changing things up”.

Says Jason Little (left), co-founder, For The People: “Not just for ourselves, but for the industries we work in. And for clients craving a new, more human approach.”

The next step in that mission may seem a surprising move to some: opening a new office in Launceston, Tasmania.

But, as co-founder Damian Borchok (right) explains, a look back at the company’s storyline reveals why throwing down a new anchor in the southernmost state makes total sense for the ‘human and place’ focused agency: “The name ​For The People​ means just that; ​w​e’re interested in the social and cultural influences infused into brands. Because that’s what makes brands richer, more interesting. And therefore more engaging. Brands for humans.

“Over the last half-decade, this ethos has manifested through work for clients like Streamtime, Ball & Doggett, Queensland Theatre, Sydney Film Festival and Hire-up.

“We’ve also significantly increased our focus on place branding for the likes of City of Sydney, the Snowy Valleys, and the West Coast of Tasmania.”

But when it came to discussing growth over the coming 5 years, Little says the question became centred around ‘how to grow while remaining staying true to ourselves?’

Says Little: “The current trend of selling to a larger agency group is just not For The People’s style. So ​we approached scale with the same spirit of shaking up expectations and putting people at the heart of our process.”

One of the biggest opportunities centred around joining in on the groundswell around the creative industries in Tasmania.

Says Little: “The creative spotlight has been on Tasmania for some time; on the back of the Mona effect, a burgeoning startup scene and an increasingly thriving and passionate local design community.

“Interesting and surprising work that encourages people to pay attention comes from Cities such as Melbourne and Sydney which have specialist brand consultancies — both international and home grown. There is a huge opportunity to be part of the movement in Tasmania to create further capability in this area. And we want to support that.”

Adding to the lure of a Tassie base, the agency are also joining a local collective of companies – called ‘New Creative’ – which focus on designing systems and products that support the emerging creative class.

New creative founder Chris Billing says while the collective are now best known for their flagship creative school, Foundry – an innovative and industry-led alternative to traditional university and vocational education – the school is part of a much bigger vision: “New Creative have a global vision to develop solutions that impact creatives, and a hyper-local mandate to support the emergence of Tasmania as the home of creativity and design in Australia.

“This includes education, infrastructure, technology and design. With their feet firmly already in Tasmania following their successful West Coast rebrand, their balanced approach to fusing social and cultural facets of a brand (as well as their personal passion for the state,) For The People were the perfect alignment with New Creative’s ethos,” he says.

For Borchok and Little, The New Creative model rounded out the rationale for a Tasmanian home.

“The New Creative model is in line with our ambitions, to focus on building brands which serve a dual economic and social purpose and to continue to shake up the industry. It’s exciting to be working as part of this collective to reshape what it means to ​be a​ creative as we concurrently work with clients to reshape what great creative looks and feels like,” adds Borchok.

“Creativity has for too long been seen as a fringe activity where its impact and value is questioned. But New Creative and For The People have ambitions to demonstrate the fundamental role that creativity has in contributing to the growth and development of individuals and communities as well as whole regions,” he says.

The Tasmanian office will be headed up by husband and wife duo, creative director Jo Roca, and co-founder Jason Little, with the full backing of the Sydney team.

“We’re excited to meet the local industry, hire promising up and coming talent, and find ways to work together to elevate and empower Tasmania’s creative scene to win bigger and better work. We know from our experience that you don’t need to be in Sydney, New York, or London anymore to compete on the world stage,” says Little.