Auto parts retailer Supercheap Auto has launched its most successful ‘Best Performing Oils Under The One Roof’ campaign to date, created by TAXI Film Production and creative consultancy, Chimera Project. 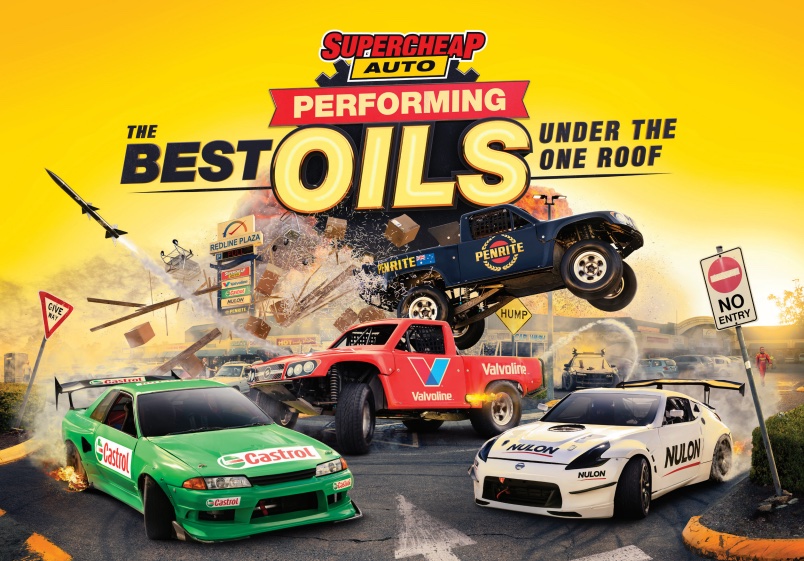 The campaign gained immediate traction among car enthusiasts in Australia as well as making headlines around the world. To date, the campaign has garnered in excess of ten million social media views, over 70 thousand engagements (likes, shares and engagements) and was ranked third on Youtube’s trending video list. It was also picked up and shared by USA TV’s number one daily video show, Right This Minute and broadcasted to over 236 Free To Air TV channels across the USA as well as popular motorsport social channel Street FX.

Says Reece Moger, content manager at Supercheap Auto: “The Best Performing Oils campaign is our most action packed campaign each year, and definitely one of our most anticipated, not only for our customers, but from our trade partners and team members.

“It’s always a challenge to raise the bar on the campaign each year, but we were stoked with how well Chimera & Taxi worked together with us to make this our best one yet!”

Says Andrew Wareham, TAXI Film: “We’re thrilled to partner with Supercheap and Chimera on this year’s Oils campaign. From start to finish, it truly was a collaborative process with Reece and the team.”

Says Brendan Greaney and Jonathan Drapes of Chimera Project: “In addition to the usual epic stunts, we wanted to bring a more relatable, storytelling twist to this year’s campaign.

“It’s great to know it’s not only engaging our audience online, it’s also working hard at the cash register.”

To find out more about TAXI Film Production, visit taxifilm.tv or for Chimera Project, visit chimeraproject.com.au.