The confidence rally cry was created in a collaboration with acclaimed independent director, Claudia Sangiorgi Dalimore, her music team and the girls themselves. Combining a fearless chant and powerful choreography, it is designed to mimick pre-match motivational rituals, using the power of collective voice to reinforce the teamwork, leadership and confidence that result from playing team sports – inspiring Australian girls to stay in the game.

The rally cry was launched yesterday (Sunday May 26th) in a live, televised performance by the teenagers – with electronic musician Thandi Phoenix – during half-time at the Suncorp Super Netball Melbourne Vixens versus NSW Swifts derby match at Margaret Court Arena.

The ‘Team Girls’ campaign launches as Suncorp releases new research revealing nearly half of Australian girls are turning their back on sport by age 17, despite two-thirds acknowledging that sport can make them feel more confident. The report also finds that more than half of parents are concerned about their daughters’ self-esteem.

The campaign continues through the Suncorp Super Netball Season, spearheaded by an emotive 60 second TVC featuring the Team Girls chant. The film was created by Claudia Sangiorgi Dalimore and her all-female principle crew, backed by an all female agency and client team.

Acknowledging how building confidence as a teenager, both on and off the court, can impact young people’s future well being, including their financial prospects, Suncorp aims to ‘change the score’ when it comes to the high rate of girls leaving sports. A full Team Girls program has been enlisted with a range of respected speakers, athletes and mental health experts to provide advice, inspiration, tools and support – for girls and parents alike.

Says Jess Lilley, creative director, Leo Burnett Melbourne: “When we saw the stats we knew we needed an impactful campaign that could make a difference. We wanted it to be led by the voices of girls themselves, supported by fearless and visionary women who champion change.

“We were thrilled when Claudia Sangiorgi Dalimore and her team came on board. Her creative vision and inclusive philosophy are completely aligned with our mission to encourage teenage girls to stop doubting themselves, support each other, get out there and change the score.”

Says Claudia Sangiorgi Dalimore, director: “There’s joy and inspiration in this for me, watching how much the girls come alive when they perform the chant. This is why is it was so important to have the input and feedback from girls when writing this – so it felt representative and authentic of their voices.

“That inclusivity extends to all girls, with real diversity in terms of culture, gender identity, age, body type — anyone and everyone has to feel represented. The collective power of girls is what makes me believe in the possibility of change and I hope the film demonstrates that.”

‘Team Girls’ has launched on broadcast television and will appear across social. The campaign is also supported by a broader public relations campaign, managed by agency partner, Leo Burnett.

”Hey, you got this girl
We know you do.

We know our goals
We rep ourselves
Confident to our core

We used to whisper, now we ROAR!” 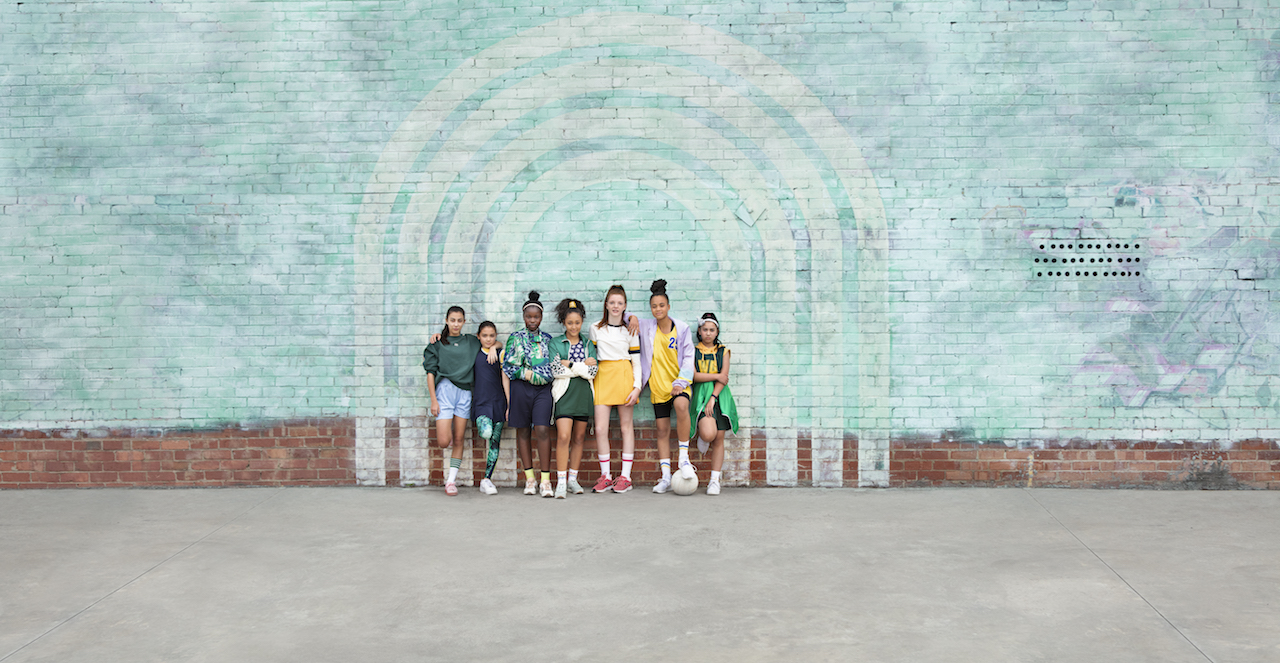