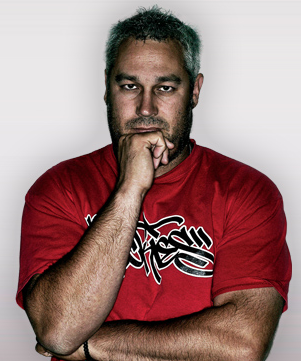 Campaign Brief Asia reports that in one of the biggest appointments of the year Saatchi & Saatchi Sydney ECD Steve Back has been lured to Asia in the role of Chief Creative Officer of Ogilvy Singapore.

Back is one of Australia’s most respected and awarded ECDs and was appointed as executive creative director of Saatchi & Saatchi Sydney in November 2007, replacing David Nobay when he departed to start up Droga5.
Originally a star at Marketforce in Perth, Back first worked at George Patterson Sydney followed by a highly awarded stint at Leo Burnett Sydney. Back played a major role in Leo’s winning Campaign Brief’s Australian Agency of the Year in 2000. Back then spent several years in London before being enticed to New Zealand to join Colenso BBDO. Mike O’Sullivan then hired Back as Head of Art when he was appointed ECD of Saatchi & Saatchi NZ. The agency went on the win CB New Zealand Agency of the year in 2006 and 2007.

He then joined DDB Sydney as creative director where he dramatically re energized the agency, moving them to equal number one Australian agency in The Work 07 with Saatchi & Saatchi Australia. Under Back, DDB Sydney was the only Australian agency to get gongs at all four of the top international award shows (D&AD, The One Show, Clio and Cannes) in 2007.

Back is the latest high profile loss for Saatchi & Saatchi Australia and New Zealand, which has also lost several of its biggest clients. This includes David Jones, Lion Nathan and part of its Toyota account in Australia.

And in October, after many years at Saatchi & Saatchi Sydney, top creative Vince Lagana left  to join Goodby, Silverstein & Partners in San Francisco, commencing work in mid November. Lagana leaves the agency as one of its most awarded creatives, recognised by D&AD, Cannes, New York Festivals, London Festivals, Clio, The One Show, The Spikes and AWARD. This year Lagana – together with writer, Steve Jackson – walked away with five Gold lions at Cannes and another three gold at the Spikes for their Toyota Country Australia Border Security campaign, the agency’s most awarded campaign ever.