Steggles has launched a bold new brand campaign via M&C Saatchi Sydney, to sing the praises of the ‘unsung hero’ of Aussie families (Steggles chicken, of course).

The campaign launched last night with anthemic jingle ads that ignore all the usual advertising heroes — Mums, Dads, cooks and even children — to gratuitously focus on the chicken that brings them together.

The 60” and 30” launch TVC spots were directed by award-winning director Matt Devine at Revolver and sung by comedian Mark Bonanno, supported by a range of 15” cut-downs.

This integrated campaign is supported by a series of high impact large format OOH placements, bus wraps and a supporting social campaign with karaoke-style sing-a-longs, bonus footage not seen in the TVC and a few more surprises.

Says Yash Gandhi, head of marketing at Steggles: “We had to do something bold to cut-through and to reignite latent love for the Steggles brand with Aussies. This campaign is confident and cheeky, acknowledging that Aussie parents are the true heroes, but just this once Steggles chook is having its moment in the spotlight.”

Says Cam Blackley, chief creative officer at M&C Saatchi Sydney: “We wanted to play off the love that’s usually shown for actors in food commercials; turn the tables on them and give the bird its 15 minutes of fame in all media channels. There’s something about making the underdog a hero that’s appealing to middle Australia and we think they are going to have a chuckle at the campaign, maybe hum the TVC too.”

As well as reminding Aussies of their favourite chicken brand, the campaign supports the introduction of the new Steggles Family Roast Range, available exclusively in Woolworths from late April. 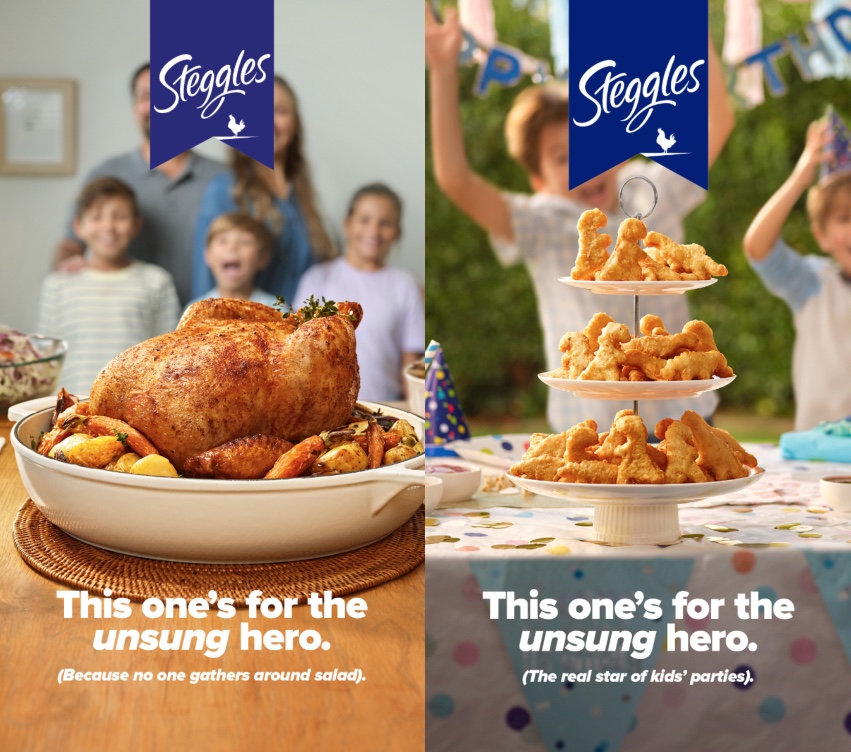